When it comes to pregnancy, it seems that every woman, grandmother and checkout lady has an opinion about what you should and shouldn’t be doing.

Now, this constant barrage of information leaves mums-to-be seriously stressed out, but not surprisingly much of what you’re told is a myth.

Separating myth from truth in the realm of pregnancy is harder than it sounds, but we’ve compiled some of the weirdest pregnancy myths here so you can rest a little easier.

There are a few different myths floating around about just what gets pregnant women ready to pop. The strangest one we’ve found is storms, although there’s quite a lot of stories to suggest that the full moon also plays a part. Sorry ladies, but both of these are incorrect. There is nothing to suggest that the weather or the moon plays a part in when your little one arrives.

This myth is a bit of a scary one, and it’s not surprising that many women fall for it during their pregnancies. It goes that mothers shouldn’t raise their arms above their heads as it causes the umbilical cord to get wrapped around your baby’s neck. Well mums this is definitely not true. Your movements have nothing to do with that situation, it’s actually caused by the baby’s own movements in the womb. 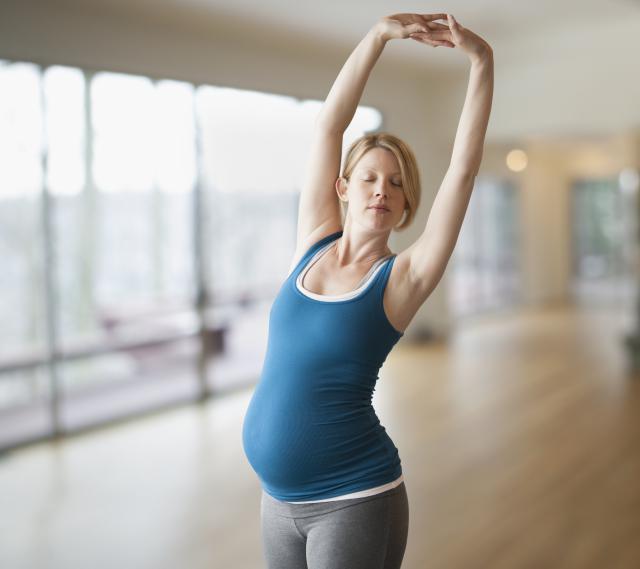 An old wives tale, the concept that you can determine the baby’s gender from it’s position is a myth that just keeps going. The story goes that if a mum-to-be is carrying high then the baby is a girl, while if the bump is lower down it will be a boy. In fact, the size and shape of your belly comes down to the position of the fetus, and your own body specifics, not the gender of your little one.

Many women find that when pregnant with their first child they often hear the same advice repeated: First babies always come late. This can be a stressor for some mums, especially if their pregnancy is a challenge and they’re eager to get onto the baby part. You’ll be happy to know then that this really is a myth. There is no evidence to suggest that first babies arrive any later than other children. Your baby comes when it’s ready, period.

This myth is so pervasive that many never really consider that it isn’t true until they actually get pregnant and are told otherwise by their doctors. The idea that pregnant women need to ‘Eat for Two’ is absolutely false, and often causes mums to eat way more than they should thereby leading to problems for mum and baby down the track. In fact, women only need to add around 300 extra calories to their daily diet when pregnant. Everyone has heard the myth that women shouldn’t eat seafood when they’re pregnant, but this actually isn’t as true as you might think. Although pregnant mummas should definitely stay away from high mercury seafood like tuna, mackerel, shark, swordfish, grouper and sea bass, studies suggest that foods high in omega-3 fatty acids are actually beneficial!

We have no idea where this weird myth comes from, but the idea that you shouldn’t exercise during pregnancy couldn’t be more wrong. Instead of being harmful for the baby, regular moderate exercise actually gives your baby a workout as well. Various studies have shown that the fetuses of pregnant women who are physically active have better cardiovascular health, and they may even become more intelligent as adults! Get out there ladies!

Another myth that is often passed around to pregnant mums is that sex during pregnancy is bad for the baby, or can cause them harm. Don’t worry, this one is absolutely false! Sure, you might feel a little uncomfortable and some adjustments will need to be made in later trimesters, but your baby is totally safe. In the womb, there are seven layers of skin separating them from the abdominal wall, more than enough to be out of harm’s way.

What’s the strangest myth you heard while pregnant?

101 Thoughts Every Mum Has During Labour

From the first contraction to the final push!

What You Should Know About Hip Dysplasia

Know if your child is at risk!