We aren’t really sure where they sit in comparison to toddlers in terms of who is more of a nightmare, but teens are certainly more articulate in their insults, and more cynical in their day-to-day life.

Certainly, teen behaviour is a challenging one to deal with. Teens can be angry, moody, hurtful and difficult to understand, running wildly all over the emotional spectrum with little warning. Actually, they’re really quite like toddlers. But they’re much bigger, making sending them to bed early by picking them up and locking them in much more difficult.

So, if you’ve got a tween heading to teen town, or you have a teen that you just can’t manage, we have some ideas. Here’s how to deal with your teen’s disrespectful behaviour.

Yelling and screaming should not be a part of arguments in any household, but it definitely should not be coming from you. As far as we’re concerned, the second you yell at your teen, regardless of what you’ve been fighting about, you’ve lost. Remaining calm is a mark of maturity, and it should absolutely be what you’re aiming for when dealing with your teen’s disrespect. Take some deep breaths, and step away if you need to, but whatever you do don’t crack.

If you’re struggling to remain calm in your dealings with your teenager, your motto should be this: Don’t take it personally. Yes, your teenager is mad and angry and possibly much worse than that. They might be telling you that you’re a terrible parent, a bad mother, a failure. You are not. Their emotions have got the better of them in this situation, and in the fight for power, they are trying to beat you down. Guess what? You don’t have to fight for power because it’s already yours. So don’t take it personally, and move past it.

3. Have Clear Rules And Consequences

If you don’t tell your teenager what they can and can’t do, it’s unreasonable to expect them to figure that out. Instead, have very clear rules for your teenager to follow, and set them as the ideal rules for your expectations of their behaviour in and outside of your home. Also make sure you have clear consequences for breaking those rules, and stick to them. Don’t lay the consequences on too heavy though, they should match the punishment and be well-thought out, but not cruel.

Next Page: More Ways On How To Deal With Disrespectful Teen Behaviours 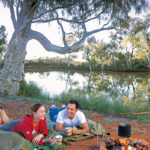 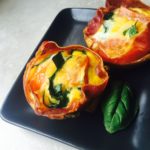