If Helen of Troy had launched thousands of ships, these amazing women have left their imprints in our society.

How many women do we know of today who have changed the course of our history? Ever since the world began, there are some pretty women of bravery, sophistication, knowledge, and compassion that contributed a lot and have moulded our society. And these women have changed the world in more ways that we can ever imagine.

Who are they? From curing diseases to fighting women’s rights, these are the 10 of the amazing women in history who changed our world forever.

Margaret Hamilton is an American Scientist who invented the modern concept of software – onboard flight software for the Apollo Space program. With her invention of the software, her codes enabled humans to complete a successful moonlanding mission.

This two-time Nobel Prize winner, whose work has led to the discovery of two elements – Polonium and Radium, and the further study of radiation that was inspired by Henry Becquerel. Marie Curie and her husband Pierre Curie performed their brilliant researches and analyses while undertaking teaching to earn a livelihood.

During World War 1, the quiet, unassuming and dignified Mme. Curie promoted the use of radium to alleviate the suffering of wounded soldiers and have them undergo surgery as soon as possible. After quick study of radiology, she procured x-ray equipments and produced hollow needles containing “radium emanation” to be used for sterilising infected tissues. With this breakthrough, she became the director of Red Cross Radiology Service and set up France’s first Radiology centre.

Though men have dominated the Engineering technology, let’s honour the first woman who became the 1st female engineer in Europe. Eliza Zamfirescu came from a family of engineers. Even though she experienced rejection and was not accepted by the School of Bridges and Roads in Bucharest, she was welcomed by the Royal Academy of Technology in Berlin.

Zamfirescu lead several geological analyses laboratories and she also participated in many major field studies of new resources like coal, shale, natural gas, chromium, bauxite and copper. Madame Eliza also teaches Physics and Chemistry. She is regarded as the first female member of A.G.I.R. (General Association of Romanian Engineers) and of International Association of University Women.

She is known as the woman who sparked a movement with her decision of not giving up her seat on a bus to a white man. Rosa Parks was of black ancestry and because racism is very rampant in the US, the bus driver ordered her to give up her seat in the “coloured section” to a white passenger, after the whites-only section was filled.

With that, it led her to do a boycott and she was charged and arrested because of her defiance and violating the Alabama law of segregation. Due to her boldness, she became a civic right icon and whom the United States of Congress called “the first lady of civil rights” and “the mother of the freedom movement”.

She’s was also active in the Black Power movement and supporting the political prisoners in the US.

Ida B. Wells-Barnett  was noted for leading an anti-lynching crusade in the 1890s, where lynching is used as a tool to repress African-Americans without undergoing any legal process or being denied of their rights.

As a daughter of slaves, Ida B Wells and her family faced demeaning racial prejudices even though African-Americans at that time were decreed free by the Union through Emancipation Proclamation. On one fateful train ride to Nashville in 1884, Wells reached a personal turning point in her life. She was outraged when a train crew ordered to move to the car of African-Americans despite having bought a first class ticket. This injustice led her to sue the railroad, winning a $500 settlement but was then overturned to Tenessee Supreme Court.

This inspired Miss Wells to pick a pen and write about the race issues and politics that made her being known to many. In addition to this, she was also active in women’s rights and women’s suffrage movement and establishing several notable women’s organisations in her time. She also became the owner of Memphis Free Speech and Headlight, and, later, of the Free Speech.

A loving mother, this woman stood up for her son after learning he was beaten up because he’s openly gay.

“I have a homosexual son and I love him,” was Jeanne Manford‘s famous quote. It was in 1972 where Manford and her husband Jules were called from a hospital when they learned that their son Morty, a gay activist, had been beaten while distributing flyers inside the Inner Circle dinner, a political gathering in New York.

As a mother’s outcry for the injustice, she responded thru a letter of protest to New York Post and identified herself as the mother of the gay protester, complaining of the police’s inaction. Her action made news and she further gave into interviews and always accompanied by her husband and son.

Manford’s most noted breakthrough was when she joined her gay son Morty on a Pride March carrying a handwritten sign “”Parents of Gays Unite in Support for Our Children”, which was then led to co-found an organisation named, Parents, Families and Friends of Lesbians and Gays (PFLAG), for which she was awarded the 2012 Presidential Citizens Medal.

She’s more than just a beauty on screen, she’s also an inventor. Hedy Lamarr was an Austrian-American film actress, who not only has a name in Hollywood’s walk of fame but also made a mark in the technology industry. With no apparent training and education about engineering and technology, Lamarr’s curiosity and inventiveness was her past time. Primarily self-taught, she worked on her spare time on various hobbies and inventions which includes improved traffic stoplight and a tablet that would dissolve in water to create a carbonated drink.

Her most breakthrough invention which we are using today is the Spread Spectrum Technology which are incorporated into the GPS, Bluetooth and WiFi technology.

Joining the military was one of her dreams but she was rejected due to her age because she was 34 at that time. However, it did not discouraged her, instead, she joined the Navy reserves.

Grace Hopper‘s noted breakthrough was when she became one of the first programmers of the Harvard Mark I computer. As a computer scientist and while working on the project, she believed that computer codes can be written in English by using a programming language that was based on English words. Thus, she developed the compiler that would convert the code into a machine code that would be understood by computers.

Over the years, she popularised the idea of machine-independent programming languages, which led to the development of COBOL that is still in use today.

Amidst diversity, she overcame it. Helen Keller was the first deaf-blind person to earn a bachelors degree in arts.

With the relentlessness of her teacher Anne Sullivan, Keller learned to communicate and blossomed to be the kind of woman she was. An author, political activist and a lecturer, Keller was outspoken in her convictions. She campaigned for women’s suffrage, labor rights, socialism, antimilitarism and other similar causes.

With her renowned accomplishments, she’s one of the most famous personas in history and an idol to many deaf and blind people.

She was an activist, author and a leader of women’s suffrage movement – Victoria Claflin Woodhull made a mark in history.

She was the first woman to run for the presidency in the United States. Also known to have established her own radical publication, she expressed her ideas together with her sister, on a variety of activists topics, including women’s suffrage, birth control, and free love.

Woodhull and her sister Tennessee also became the first female stockbrokers and in 1870 they opened their brokerage firm on Wallstreet.

Whatever their chosen way, these influential women paved way for other women to be always at their best no matter what adversities they are facing. These inspiring trailblazers have fuelled the passion in all women of the world and who have affected lives in their most personal way. 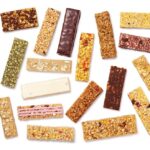 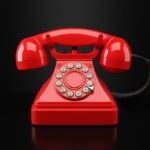 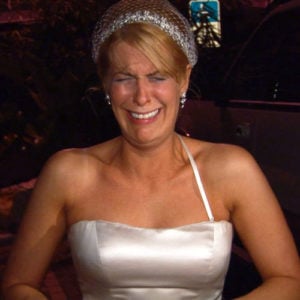 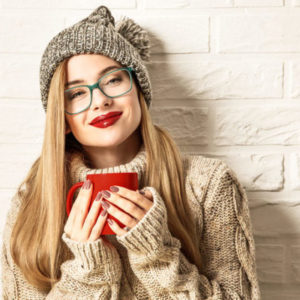 20 Ways To Stay Warm This Winter

As far as I’m concerned, there’s nothing much worse than winter.