These days, it seems like you can’t go to the movies, turn on your TV, or even walk down the street without seeing a parade of mind-addled, brain-hungry, face-eaters out to get you. Zombies are our new favourite obsession, throwing vampires from their bloodthirsty thrones and into a cloud of dust. Yes, from literature to popular television, zombies are everywhere.

But where exactly did they come from?

The History of ‘Zombi’

The term zombi actually originates in West Africa, and later came with slaves to Haiti, and became a part of Haitian Creole. Originally a zombie was the result of spells from a voodoo sorcerer, but the exact fearful definition changed as this religion developed more.

Most historians agree that the term came to America (producer of oh-so-much zombie media) with the slave trade as well. One of the first mentions that we found of the term was in a short story from 1838, where a ‘zombi’ is seen by an African slave finishing his owners paintings in the middle of the night. Although the slave’s owners don’t believe him, the American public were enchanted with the idea.

But we’re still not at the point where zombies are moaning, feet-dragging monsters with a passion for grey matter. Maximiliam Schele de Vere defined a ‘zombi’ as a ‘phantom or ghost’ and noted the term was often heard in the Southern States among ‘servants’.

Zombies hit the bigtime around 1930’s when a travel writer released a book entitled The Magic Island, about his travels to Haiti and experiences with the voodoo culture. The White Zombie film, released in 1932 would probably only draw giggles now (it’s tagline is With those zombie eyes, he rendered her powerless!), but it was a big hit with an American audience. Its release began the waterfall of zombie films, of which the classic 1968 hit Night of the Living Dead is most well-known.

Throughout the next few decades, zombies existed as a kind of underground horror. Undoubtedly for many people, the concept of the zombie was more horrible than the steady stream of questionable ‘fear flicks’. Being alive, but dead and unfeeling, easily controlled, and as inhuman as a human could be.

Then the new millennium came around, and zombie-lovers the world over got what they had been wishing for: yet more zombies. The release of the Resident Evil franchise, and the British series 28 Days Later, both in 2002, was the start of an avalanche of zombie media. This included everything from television, to films, and even comic books. In fact, the popular television show The Walking Dead is actually based on a comic of the same name that was released in 2003.

Now, what’s clear to all of those people terrified by zombies of all shapes and sizes, is that in the last few decades zombies have become pretty damn lethal. From slow, stupid, clumsy  meat-puppets have risen a faster, stronger and smarter breed as seen in I Am Legend and World War Z.

Zombies In The Future

Along with the popularity of the zombie, came the concept of a Zombie Apocalypse. Basically the plotline of all the zombie films we’ve seen lately (whether they’re comedy like Zombieland or in full bloody glory a.k.a. Planet Terror), this idea is something that stuck with the masses. Basically, a Zombie Apocalypse is what would happen if some kind of illness, pathogen or mutation spread amongst the population, turning us all into serious meat-eaters, and ultimately causing the end of life as we know it. 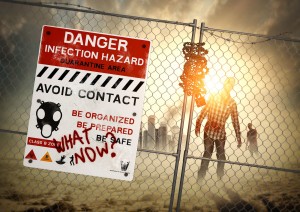 But man, are we ready for it.

The people have spoken, and writers, filmmakers and (yes this is true) even the Centre for Disease Control have put their two-cents in to make sure we’re all ready for the Zombie Apocalypse that’s obviously just a few short nightmares away.

Now, the ladies at Stay At Home Mum want you to be as prepared as we are. So, we’ve compiled a little reading list for you to tackle, just to ensure those teeth-chattering moaners won’t get the best of you.

And just in case you aren’t a survivor:

We spent a lot of time digging into the history of zombies for this article. And, if there’s one thing we’ve learned, that we’re sure all the non-zombie folks will agree on, it’s that a mind is a terrible thing to taste. 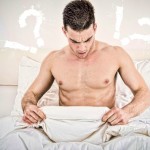 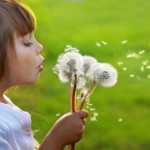 The Science Behind Natural Cold…