It is very crucial for child-bearing women to know more about what an ectopic pregnancy actually is, its causes and the treatment.

Some women may not experience symptoms of an Ectopic Pregnancy at first…until an early scan shows an anomaly, or they may develop serious symptoms later on.

What is an Ectopic Pregnancy?

An Ectopic Pregnancy is a pregnancy where the baby develops outside of the uterus, usually in one of the fallopian tubes.

So during your monthly menstrual cycle, the egg is released from the ovaries, and travels down the fallopian tube, hoping to meet a sperm on the way.  In most cases, the egg fertilises, then travels down the uterus before implanting and growing forming a normal pregnancy.

In the case of an Ectopic Pregnancy, once the egg has been fertilised by the sperm, the embryo ’embeds’ itself into the fallopian tube instead of the uterus.

Unfortunately, the embryo usually almost always dies as the developing placenta cannot access the rich blood supply the uterus would provide, and the fallopian tube is not large enough to support the growing baby.

Ectopic Pregnancies are very dangerous to the mother. In one out of five cases, the fallopian tube ruptures causing internal bleeding and shock. This is a medical emergency needing immediate surgery and, in some cases, a blood transfusion.

An ectopic pregnancy can also develop in the cervix (entrance to the womb), the abdominal cavity and the ovary itself, but these cases are rare.

Around five in 1,000 pregnancies are ectopic.

The Symptoms of an Ectopic Pregnancy

The symptoms of an Ectopic Pregnancy can mimic miscarriage or the symptoms of other reproductive disorders such as pelvic inflammatory disease (PID) or endometriosis.  In the first four weeks of the embryo’s life, the pregnancy will appear as normal.  However, after the four-week mark, the embryo is large enough to produce noticeable symptoms.

The symptoms of ectopic pregnancy can include:

How Is An Ectopic Pregnancy Diagnosed?

It is an unfortunate fact that around one in five cases of Ectopic Pregnancy, the pregnancy is diagnosed in the emergency department as the fallopian tube has ruptured.  However, if you are very early in your pregnancy, an Ectopic Pregnancy can be detected using the following range of tests or procedures:

A ruptured fallopian tube is a medical emergency. Laparoscopic (‘keyhole’) surgery is done to remove the embryo and attempts are made to repair the fallopian tube. A blood transfusion may also be needed. For non-emergency ectopic pregnancy, medications to ‘abort‘ the embryo are often successful, but sometimes surgery is still needed.

Reducing the Risk of Ectopic Pregnancy 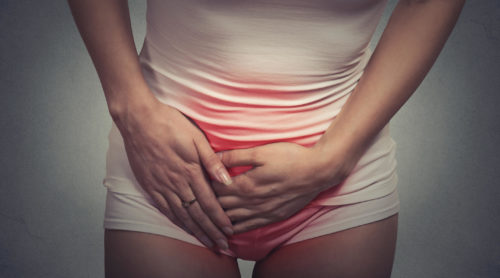 Many cases of ectopic pregnancy are caused by scarring in the fallopian tubes. Suggestions on how to reduce your risk of fallopian tube damage include:

Medical advice says that you should wait for at least two menstrual cycles before trying to fall pregnant again.  If a woman has both fallopian tubes damaged or removed, her only chance of pregnancy is IVF where the egg and sperm are fertilised outside the uterus, and the resulting embryo is placed back directly into the womb. If you become concerned about any symptoms please seek immediate medical attention we have some hotlines and suggested websites for further information and advice. 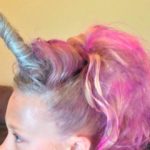