I have a baby, and I am tired. ALL THE FREAKIN TIME. You barely get over the birth and you’re hit with sleep deprivation from interrupted sleep and sporadic daytime napping. They lull you into a false sense of security when they start sleeping through the night, only to wake every hour on the hour when they are teething, have a cold, have growing pains, have a nightmare, have gastro, have boyfriend/school/best friend ‘issues’ it goes on for years. But babies; babies take everything you have in those first couple of years AND you’re expected to function like a normal human most of the time.

Like a lot of women, I popped out the majority of my babies in my 20’s, only to be surprised with one in my very early 30’s. Whilst my patience has increased tenfold with my youngest child, my energy is definitely not what it used to be when I ran around after my now pre-teens. Given the choice, I would personally advocate giving birth and raising babies in your mid to late 20’s, so it astounds me to find women giving birth in their 50’s and 60’s who believe they are doing the right thing by their child.

Traditionally, society expects mothers to start the child-rearing process early on in life. In fact, up until the turn of the last century and even now in less developed countries, it’s not uncommon for women to get married in their teens and to start a family before they turned twenty. But these days, more and more couples are delaying having children, citing the rising cost of living and housing and the importance of being established in a career before settling down to start a family. But women’s biological clocks still tick and couples are needing to ask the question how old is too old to start having babies?

Indian native Rajo Devi Lohan made headlines around the world when she undertook very controversial IVF treatment at the age of 69 and gave birth to her daughter at age 70. Given that she was the age most women are when they are looking after their grandchildren, critics condemned the first-time mother saying she was putting her and her baby’s life at risk and subjecting her daughter to the grief of losing her parent at a young age. Not surprisingly, Rajo nearly died during childbirth and again from complications following the pregnancy. She is the oldest living mother in the world.

Elizabeth Buttle gave birth in 1997 at the age of 60, claiming to have fallen pregnant naturally. She was hailed as a ‘miracle mum’, all the more because the father of the child had left her, however her admiring fans became nonexistent when it was discovered she had, in fact, gotten pregnant via IVF.

Frieda Birnbaum holds the title of the oldest woman in the US to have twin boys (at age 60). Suffering from empty nest syndrome when her first two children moved out of home, Birnbaum had another child at the age of 53 through IVF. Wanting another child, Birnbaum was forced to go to South Africa to receive IVF treatment again and gave birth to twin boys.

Patricia Rashbrook is one of the oldest women in Britain to give birth at age 62. Having three adult children from her first marriage, Rashbrook wanted to give her second husband a child of his own and so embarked on a lengthy and expensive IVF treatment regime that resulted in the birth of a son in 2006.

Bhateri Devi In India, there is no age limit relating to fertility treatments and age, and there is immense pressure for women to have children to pass their family property onto when they die. Bhateri Devi and her husband tried for decades to fall pregnant and in 2009, when Bhateri was 66 and her husband was 70, they could finally afford IVF and ended up with triplets!

Omkari Panwar became the oldest mother in the world after giving birth to twins in 2008. Omkari and her husband already had two adult daughters but desperately wanted a son. They sold the family buffalo, took out a credit card loan, spent the family savings and mortgaged their land and ended up with a boy and a girl. Omkari is the only woman to openly admit that pregnancy at such an old age was significantly more painful and difficult. Sadly, Omkari passed away just 3 years after giving birth.

Given these are extreme examples of someone far too old to be receiving fertility treatment, let alone having a baby, it poses the question of just how old is too old. These women, who defy the norms of biology, are definitely exceptions to a society driven rule. Some would argue that as long as you are fertile and your body is able, a woman has the right to bear children at any age, however it’s the use of developed technology and fertility treatments that cause controversy. Undeniably, older women have less energy, are more ‘set in their ways’ and have an obviously shorter life expectancy to offer their child. However, some can argue that they are financially stable and who is to say they won’t ‘outlive’ their younger counterparts who indulge in unhealthy lifestyles?

How old do you think is too old to have a baby? 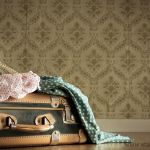 10 Most Forgotten Items When… 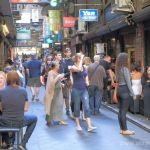 The Cost of Living in…

I need an easy (but funny) dress-up theme for an upcoming party.
Answered 12 hours ago
Baileys White Chocolate Fudge
Asked 12 hours ago
Child doesn't believe in Elf on the Shelf anymore
Asked 19 hours ago
Gassy Lasagne
Asked 21 hours ago