Professor Georgia Chenevix-Trench, who led the study, told Ten Eyewitness News, that this development is a game changer in the field of breast cancer study.

“If in the long term we can find ways of preventing breast cancer, it would have enormous consequences, but even if we can just identify women at the highest risks so that they can have better and earlier screening, that will also save lives,” she said.

She added that the research could also lead to a predictive cancer test for women.

“If you’ve got a mutation in the BRCA1 or BRCA2 gene already, normally people wouldn’t start screening until about the age of 40. But, if you’re at a particularly high risk, they might start much earlier than that [following this research], and most importantly, as well as doing mammograms, they might also do MRIs, which is much more effective in finding tumours in young women’s rather dense breasts,” she said.

After the findings, the number of known breast cancer red flags is now up to about 180, but Professor Chenevix-Trench says there could be more.

“It’s very exciting because there’s so many, and we’ve got a much better idea now of how to predict how they’re working,” she said. “I think it will be a game changer for understanding complex disease genetics”¦ it will be a long time before it changes treatment, but I think ultimately it will do that too.” 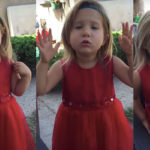 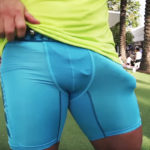