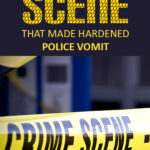 In 2012, a little boy died in tragic circumstances in Melbourne.

A puzzling and heart wrenching death that could have been avoided and prevented if the mother had sought help or the father had taken more notice.

This is the story of a little boy’s death and just how dangerous post-natal depression can be for a family “” especially children.

Featured in The Australian Women’s Weekly, the tragic story is about a five-year-old boy, known only as Sam, whose lifeless body was taken to an ambulance station after his mother found him dead in a doorway of their Melbourne home.

The little boy had cut his foot on an old tin of cat food three days before passing away from what was believed to be a serious bacterial infection.

He was naked, covered in dirt and there was an “unpleasant”- smelling blood- soaked bandage wrapped around his toe when paramedics picked him up from the backseat of his mother’s car and pronounced him dead.

Sad as it already sounds, the most heart-wrenching part of Sam’s story is that his birth was never registered, he never went to kindergarten, never saw a doctor and was never immunised. He never played with other children, rarely went outside and according to neighbours was often yelled at. To authorities and on paper, Sam didn’t exist.

So how did this come to be?

Well, the story starts back in 1996, when the parents of young Sam met.

The mother was a legal secretary, the father an executive in the lucrative energy industry. It was a whirlwind romance and, a year later, they married in a traditional Catholic ceremony surrounded by family and friends.

The newlyweds bought their first home in a picturesque Melbourne suburb just a few kilometres from the city. They were a hard-working couple, financially well off and proud of the life they were building together.

But after the arrival of the couple first child Andrew* in 2004 and then Sam’s birth in 2007, things started to go downhill.

When police attended the premises after Sam’s death, the described the house as “unfit for an animal to live in, let alone a human”.

They said the floors in every room were covered with rubbish, rotting food and opened cans of pet food.

There was human and animal faeces smeared on the walls, broken furniture, upended chairs and tables, and broken toys everywhere. Hundreds of bags of rotting, rodent-infested rubbish were piled up.

The scene made hardened police vomit when they entered. “In my 26 years with the police force, I have never seen or been in a house of such squalor,” says a veteran detective sergeant. “The house was not fit to be lived in by humans, much less animals.”

On the day of Sam’s death, his older brother, Andrew* then seven, gave a heartbreaking account of Sam’s death to detectives, describing how he’d been “like a zombie” the night before he died.

“Last night, he kept falling over”¦ boing, boing. I knew he was sick “¦ very, very sick. [He said] ‘Help, help’, and I walked into his room, and he said, ‘Could you pick me up?’, and I picked him up and held his hand, then he tells me ‘help’ again. We went and watched some cartoons, and I helped him, I gave him a drink.”

According to police evidence tendered in court, it was about lunchtime on that August day when Sam’s mother, Sarah*, woke up from a sleep.

She told detectives she assumed Sam was still asleep in his room and never bothered to check him because “if he was hungry, he’d come out” to her. She sat down to watch TV and, by 3.30pm, when Sam still hadn’t come out for lunch, she went to find him.

She looked in his room, he wasn’t there.

When she went into the spare bedroom, she could see his legs lying across the doorway and although she yelled at him, he wouldn’t wake up

Andrew* recalls the moment when his mother realised something was horribly wrong with Sam.

“She checked on my brother. No breathing, he didn’t look right,” he told police.

In July 2014, the couple pleaded guilty in the Victorian County Court to multiple charges relating to Sam’s death.

But not long after entering their pleas, Sarah collapsed and later died in hospital. She suffered from severe mental health issues and organ failure which was caused by long-term alcohol abuse.

It was as if her body and mind had shut down. The police can only refer to the statements she had made when she was still alive, reflecting how this young mother’s life had turned out so badly.

She was diagnosed to have had severe post-natal depression albeit posthumously. Psychiatrists believe she was in a dissociative and delusional state. “I just got overwhelmed. I’ve always been a bit of a procrastinator,” Sarah said during her police interview.

She added that her home was “a hovel that was unfit for humans to live in.” She admitted that her house had been like that for two or three years and felt shame about it. “We recognised that we f**d up, we failed. We did not provide an environment that our children or any human being deserves to live in.”

Upon further investigation, police prosecutors found out that Sarah had in fact printed up fake school certificates and made up homework sheets. She also often told her husband that she’d spent the day doing tuckshop duty; however, both of her children had never attended school.

Neither boy was able to recite the alphabet, but they were both taught to tell their father “great” if the latter asked them about school. While Sam’s father sat in court sobbing, Judge Rozenes raised obvious questions:

“He wasn’t suspicious that he never went to a parent-teacher interview? Never went to a school play or sports day? It beggars belief he couldn’t see something was wrong.”

Sam’s father said that on three occasions he’d ordered giant skip bins and cleaned the house out, but within days, the rubbish began piling up again.

Sam’s father acknowledged that his wife had problems. One time, he ordered giant skip bins to clean the house out, but just after a few days, rubbish began piling up again. He added that he encouraged his wife to seek professional help, but she refused. According to him, she threatened to take the children away if he asked again and once actually followed through on the threat.

Afraid to lose his family, he simply gave up and turned a blind eye. He made a habit of leaving for work early in the morning and not coming home until late at night. He also slept in another bedroom, which he kept tidy.

He insisted that he didn’t feel responsible for the boy’s death and that his wife was a “magnificent mother who spoiled the kids rotten.”

Despite being initially sentenced to three years in prison, it got suspended and he didn’t have to spend a day in jail. Judge Rozenes decided that losing his family — Andrew was also taken away from his care — was already a punishment sufficient enough.

Bernie Geary, the Principal Commissioner of the Commission for Children and Young People, said in a statement: “When a child is neglected, the pain and trauma that comes as a consequence must be shared by us all.”

“Children live in families, but also in communities… These two little boys were, sadly, living in a community that had its opportunities to care, but turned away. I am hopeful that this little boy’s death inspires an instinctive response in the future.” 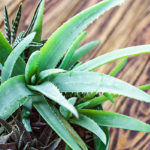 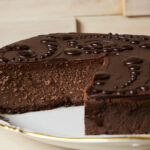