Ah, the good old nineties. What is it that makes the decade seem so memorable? I believe it’s partly because of its pop culture heritage. I mean, TV shows from the 90s are some of the most iconic TV shows ever made.

Don’t believe me? Here are, in our opinion, some of the best ever TV shows from the 90s:

What it is about: Will Truman is a gay lawyer while Grace Adler is a straight interior designer who have been friends since college. Set in New York City, Grace was initially engaged to someone who turned out to be a jerk and had to move in with Will.Their living together in a single apartment is just half the fun.

What it is about: Saved by the Bell is a sitcom that revolves around the lives of 6 characters who go to Bayside High School in Palisades, California. Zach, Kelly, Jessie, A.C., Lisa, and Screech are all now iconic characters who stand for different aspects (maybe even cliques) of high school.

What it is about: Set in The Bronx, the show basically follows the life of a doctor who hates everyone and everything. Dr. John Becker is a brilliant doctor but quite uptight and easily annoyed by many things that are seemingly mundane. Because of this, he is almost friendless and almost no one wants to work with him.

What it is about: Obviously starring Drew Carey, the show focuses on a character named after him who works at Winfred-Louder department store in Cleveland. His hobbies include getting together with his lifelong buddies, drinking beer, and fighting with his co-worker, Mimi.

What it is about: Every little girl who has dreamt of becoming a princess someday must have changed their minds about what being a princess means when they watched this show. Focusing on Xena, a reformed warrior princess, the show follows her travels and her fight for the path of good.

What it is about: Probably the favourite TV of most teenagers around the world in the 90s, Dawson’s Creek revolves around the lives of Dawson Leery, his best friend Joey, another close friend Pacey, and new girl in town, Jen. It features the regular struggles that teenagers go through with love, friendship, and life.

What it is about: The show revolves around the life of the title character, Blossom Russo, who is a brilliant teenager. She lives with her divorcee dad, recovering substance abuser eldest brother, and a “slow” middle brother. Also, if you did not know, Blossom was played by the brilliant Mayim Bialik.

What it is about: The Nanny is about cosmetics saleslady Fran, whose life changes the moment she stepped on Maxwell Sheffield’s home and got mistaken for a nanny. She takes the opportunity and cares for Sheffield’s kids, not knowing that her wit, humour, and street smarts would soon make her real part of the family.

What it is about: The show focuses on the life of 16-year old high school student, Sabrina Spellman who just finds out she’s a witch. She lives with her aunts, serious Zelda and fun-loving Hilda, as well as a talking black cat, Salem, who used to be an evil warlock. She needs to figure out how to be a witch without anyone finding out!

What it is about: New York City’s Deputy Mayor Mike Flaherty and his staff has the responsibility of not just helping manage the city but also seeing to it that the dimwitted mayor doesn’t embarrass himself in front of the public. Beneath the humour of this sitcom is a commentary about society.

What it is about: A widowed father Danny Tanner gets support in raising his children in the form of two unlikely people: his brother-in-law, rock musician Jesse, and his friend, stand-up comedian Joey. Apart from the two, his three girls, DJ, Stephanie, and Michelle, soon welcome a new stepmum and step-brothers.

What it is about: In this series, a lot of weird and paranormal things happen in the otherwise normal town of Trinity, South Carolina. It all begins when Sheriff Lucas Buck develops an ominous interest in young Caleb Temple. But the Sheriff may not be who he seems and may just be the Devil.

What it is about: Obviously set in the 1970s, in the suburbs of Wisconsin, the sitcom revolves around the lives of 6 friends – Kelso, Eric, Donna, Jackie, Fez, and Hyde. Like many high school sitcoms, this also features the many struggles that ordinary teenagers go through, only set against a more colourful, psychedelic background.

What it is about: We all know who Hercules is: the half-man half-god son of Zeus who possesses inhuman (duh) strength. The series follows his journey after his stepmother, Hera, murders his wife and children. In his adventures on Earth, he tries to cope with the misery and overcome it by fighting evil.

What it is about: This comedy centres on a seemingly normal human family who are actually aliens on a mission to destroy the Earth, which, for them, is the least important planet in the galaxy. Led by Dick Solomon, who takes on the form of a professor are Harry, Sally, and Tommy – who became a teenager despite being the oldest in the group.

What it is about: The series is about five siblings who are forced to live on their own and depend on each other when their parents die in a car accident when a drunk driver hit them. Basically, it follows the struggles and the challenges that the siblings must cope with to raise each other.

What it is about: This Western-themed TV series, set in post-Civil war Colorado Springs, is about Dr. Michaela Quinn who has to take over the responsibilities of her late father, a Boston physician. The series follows her challenges with the community that is not very accepting of her and her ideals as well as her personal struggles.

What it is about: A spin-off from the hit TV series, Buffy the Vampire Slayer, Angel follows the life of the vampire who is cursed with a soul, Angel, who leaves Buffy in Sunnydale for a fresh start in Los Angeles. But instead of a new beginning, he finds himself entangled even further in the supernatural.

What it is about: This TV series, which is probably the most iconic TV show in the 1990s, primarily revolves around a group of high school students, who eventually go to college and become adults. Set in the wealthy and opulent Beverly Hills neighbourhood, the series focuses on common issues among teenagers and young adults. 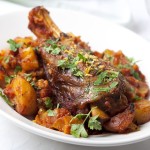