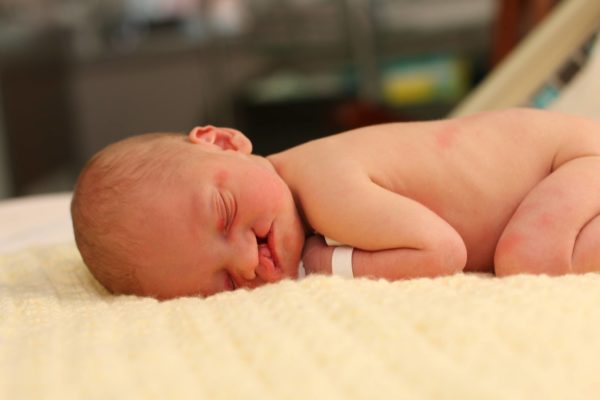 Cleft lip and cleft palate are birth conditions that occur when an unusual gap is present in the upper lip and the roof of the mouth.

In humans, our lips and palates develop separately, so it is entirely possible that a child might have only a cleft lip, only a cleft palate, or a combination of both conditions.

What Causes Cleft Lip And Palate?

A cleft lip and palate happens when parts of the face fail to join during the early days of pregnancy. Around the first month of a baby’s development in the womb, the mouth develops in two halves, which grow closer together over time.

By the 6th or 8th week of pregnancy, both halves of the child’s hard palate join together, making up the roof of the mouth. This join then knits both backwards and forwards to seal the lips and the uvula (that thing that hangs down the back of your throat). So, by the time week 10 rolls around the baby has a developed nose and fully formed mouth.

In kids who have a cleft lip or palate, the two halves of either the palate of the lip (or sometimes both) don’t come together like they should. This failure to join also happens to the soft palate, at the back of the mouth’s roof, and the nostrils.

Kids who are born with cleft conditions are not all the same, and there’s a surprising amount of variation in the severity and extent of their clefts. Some children have only a cleft lip, others just a cleft palate, and sometimes they have both. Children might also present with a milder version of a cleft, called a microform cleft.

A cleft lip is categorised as such when the cleft itself doesn’t affect the palate structure of the mouth. These clefts are either a small gap or dent in the lip, known as a partial or incomplete cleft lip, or a cleft that continues to the nose, known as a complete cleft. A cleft palate is categorised as the situation that arises when two plates in the skill that should form the hard palate do not join. Both cleft lip and cleft palate can be identified as unilateral, affecting just one side of the mouth, or bilateral, affecting both sides of the mouth.

Treatment for a cleft will vary depending on the kind of cleft involved. For cleft lips, the treatment is reasonably straight forward, with one or two surgeries required from the time the baby is about three months old. How many surgeries will depend on the extent of the cleft in the lip.

For cleft palates the treatment process is quite a bit more complicated. Doctors and surgeons work to have the cleft palate surgically repaired by the time the child is ready to speak, generally between six months and one year of age. However this surgery is generally just the first, and children born with a cleft palate often need multiple surgeries over the first 18 years of their life. The first surgery creates a functioning palate, and the mouth is slowly pulled in from there, with surgeries along the way as they grow, change and develop.

Along with the visual affects of having a cleft lip or palate, kids who are born with the condition often present with other issues. Let’s talk about them briefly here:

Kids who have cleft palates also often have hearing difficulties over the course of their lives, generally related to fluid in the middle ear. If a child is born with a cleft palate, audiologists will closely monitor their hearing, and have them undergo several hearing tests. This in turn is generally followed by an appointment with an ENT surgeon, to decide whether grommets, small tubes, need to be inserted into the eardrum. Annual hearing tests are done from this point on.

Cleft palate kids struggle with speech development, as the hard and soft palate are so integral for the creation of the sounds we use in speech. Children who have a cleft palate might have trouble pronouncing consonants (such as b, d, f, g, k, p, s, t, v, z, sh, and ch) and often have quite a nasally voice. Kids who have a cleft palate might also make entirely unfamiliar sounds due to the way their mouths are structured, which can make them difficult to understand. Speech therapy as the child grows helps them to figure out how to make the range of sounds they need to speak in their native language.

Feeding can be a challenge for kids with cleft palates and even cleft lips as they aren’t generating the suction they need to feed from a breast or a traditional bottle. This means they won’t get enough milk when they suck, which can lead them to grow slowly or not at all. Talking to a feeding specialist, and having a good supply of cleft-specific feeding equipment, can help to overcome these issues.

Both cleft lip and cleft palate kids deal with dental issues. This is because the clefts in both the lip and palate can change the structure of teeth within the mouth, or alter development. As a result of this kids suffer from small teeth, extra teeth, missing teeth or very crooked teeth. Cleft kids are generally seen by a dentist not long after their first teeth come through, so that a plan for their dental health can be set into action.

On my way to my 20 week scan all I could think about was whether we were going to have a boy or a girl. It never occurred to me that something might be wrong with our baby. I had many scans during early pregnancy and was told at 10 weeks, 12 weeks and 14 weeks that everything was fine and our baby was growing well.

During the ultrasound we were shown the body measurements and told several times that everything looked great. As the technician started to look at our babies face the mood changed,  I knew something wasn’t right,  we were quickly delivered the news that an abnormality had been detected. Our baby was going to be born with a wide cleft lip and palate; my heart sank.

The obstetrician told us not to worry as ‘they can do so much with clefts these days’, a phrase that I would hear a hundred times before Harrison was born. I sat in the waiting room waiting for our ultrasound report, looking at all the other women who were excited to be there. That was me only an hour before, but when I was handed the report which said foetal abnormality detected I knew that my pregnancy would never be like that again. When I arrived home I told our families the news and burst into tears for the first time. The relief I felt due to the amazing supportive words of my family was immediately undone when I started googling images of clefts: I was terrified.  The realization came that Harrison would have to have multiple operations and there wasn’t a quick fix as people have alluded. I was scared by some of the clefts I saw and the list of fears, which didn’t go away until after he was born, began to pile up.  I was worried about other people’s reactions to his appearance.

I didn’t want people looking at him and thinking ‘that poor baby’. I wanted my baby to be celebrated not pitied. Well-meaning friends even suggested to overcome this I should just stay home with him until his first operation; that made me feel even worse. 1 in 700 babies are born with some form of cleft yet the general public know little about this medical condition. 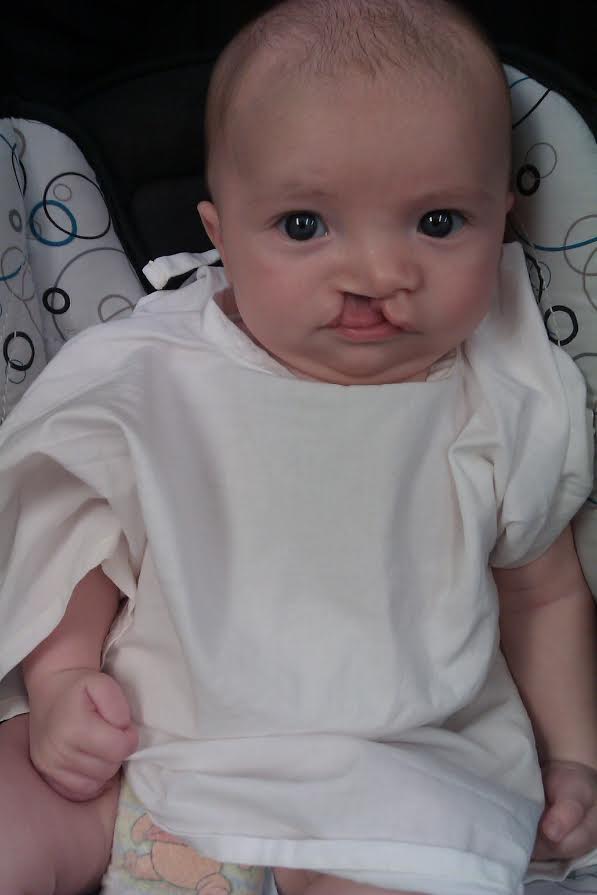 I spent hours on the internet trying to educate myself the best I could. It was during one of my late night google sessions I first stumbled upon the CleftPALS Qld Facebook page. I poured over the an loved seeing the ‘before and after’ photos.

Eventually I found the courage to call the 1300 helpline and that weekend another CleftPALS mum came to my house with her beautiful little boy. For the first time I saw the baby and not the cleft. He was happy, healthy and genuinely beautiful. Hearing about her experiences really put me at ease and I started to feel a little better. Things improved from then on and I started to think about things in a more positive way. The night before I was due to be induced I only had two thoughts in my mind: how he would look and how much it was going to hurt. When Harrison was born I waited for someone to mention his cleft, but the first thing I heard was, ‘Look at those big hands and feet!’ I nearly burst out laughing!  I saw my husband looking at him with such love and joy and then I finally got to see my Harrison for the first time. I did see the cleft and I knew he was not perfect in the traditional way but he still was beautiful to me. All I wanted to do was love and protect him. I am now volunteer for CleftPALS Qld paying forward the support and kindness that was given so freely to us. Harrison’s smile has not only changed our lives forever but he has also offered hope to hundreds of families. It is easy to see he is a happy, healthy and completely normal four year old boy. He was born with a cleft but it does not define who he is. 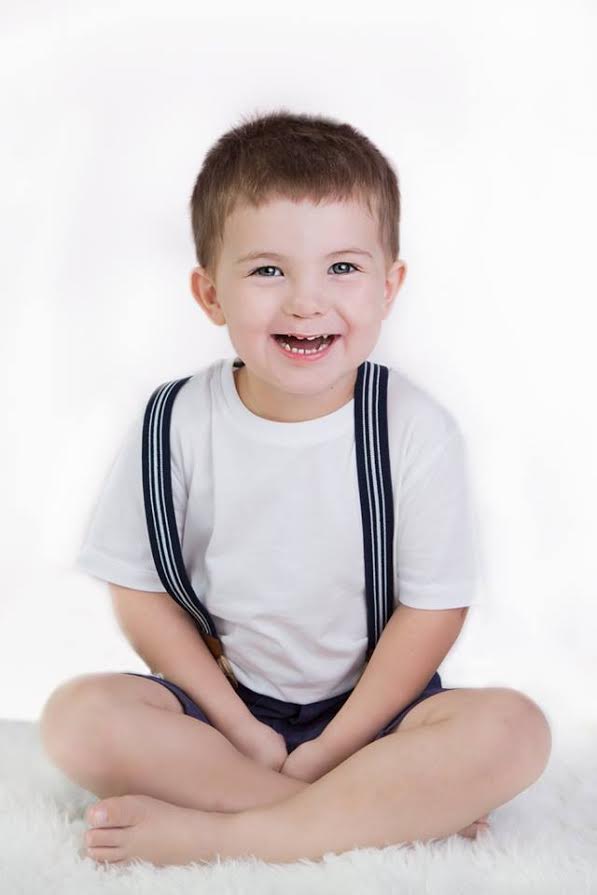 Did you have a cleft lip or palate, or does your child have one? 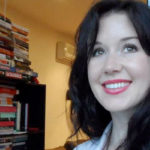 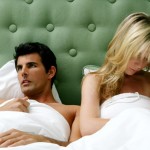 Science Can Tell You Why…