Are you getting more than you bargained for with your partner?

It can be stressful and harmful to your personal life and your financial stability, sometimes for years after the fact.

‘Is this what they call it?  My partner left his ex, and decided to let her keep everything (house and furniture) to make life less difficult for their daughter.  They were in the starting process of signing the house over to her (in her name only) but then she didn’t reply to legal issues and decided to go bankrupt!  We then soon found out she never paid rates, water etc.  Not once!  We have now been left with $400,000.00 in debt and he hasn’t seen his daughter in two years!”  (By Neet)

There are still so many people who don’t understand the risks of sexually transmitted debt, until they’re confronted with it. A little bit more awareness, and a bit more forward thinking, might save you from a situation where you’re taken advantage of by someone you trusted.

What Is Sexually Transmitted Debt?

Essentially, sexually transmitted debt is the term people use for a situation in which one person becomes responsible for financial debts incurred by their partner. This situation often arises after a partner is convinced or misled into taking out debt in their own name, or sharing responsibility for debt by cosigning of becoming a secondary borrower.

Statistics on sexually transmitted debt suggest that women are more vulnerable to incurring the debts as they feel obligated to support their partner when in debt. This is particularly true if there is power or control exerted by their partner that compels then to make bad financial choices. Then, when the relationship breaks down, one partner is often left with all the debt and none of the assets after being taken advantage of.

“During my marriage my then husband used abuse to gain control of everything. By the time I left all money matters (inc all bank accounts), cars etc were in his name only, he had even managed to be put as contact for centrelink payments for the children and I had no access to any of it. I left with our 4 children and the clothes we had on.

After 17 yrs of abuse I was in no state to fight him in court but with the help of some friends I managed to get all the kids furniture, clothes, toys etc. Eventually he had to sell our $400k house which he said was his cause I didn’t work during our marriage – I got $25k out of him for it. I was happy I had my kids and worked at recovering rather than worry about what I didn’t get. After a few yrs I met Mr Right #2. I had learned a few things and wouldn’t let him have control of my money even tho he tried. Just before we married I fell pregnant and he left. I had complications with the pregnancy and had to stop work at 4 months. Centrelink made me live off my money in bank and now I have nothing left and live pay check to pay check with my 5 kids. I am broke but at least I don’t have any debt.”  (Dawn D)

If you aren’t really sure what behaviours are considered risky when it comes to sexually transmitted debt, we have a few situations that should definitely raise a red flag for you.

Taking Out A Loan On Your Partner’s Behalf

If your partner is pushing you to take a loan for something they will use because they don’t want to sign it, don’t have the credit score, or don’t have the money, you should be very cautious. You are the one responsible for that loan when you take it out, regardless of whose names are on the ownership papers.

Watch for small things that can become big problems, like phone contracts or car loans. These are things your partner could easily take if your relationship fell apart, leaving you with money to pay.

Situations where either partner misuses funds should be cause for alarm, as they’re suggestive of a lack of responsibility. This includes one partner taking money that had been allocated for bills or paying debt, and spending it on other things. If this happens in your relationship, you really need to bring it up. Don’t just assume it’s a ‘one-time thing’ or a ‘mistake’ because that is your money too, and your security that’s at risk.

“Whilst I don’t have a debt from my ex, my fiance brought nearly $100k debt with him into our relationship from his prev. marriage, and I had $30k. We’re no closer to paying it off than we were when we started, and it makes me angry regularly. She has zero debt, and I’m still paying off the loans that were taken out for her car, her furniture, etc. While you can never put a price on love, and I probably would have begun a relationship with him anyway, I would have liked to have known about what I was comitting to financially at the very beginning.”  (Madison C)

The same thing goes for any spending that happens on joint cards without consent. It can be a balancing act to share an account with someone, but it’s never ok to spend large sums without your partner’s consent if you’re taking it from a joint account. This is particularly true if what is being purchased isn’t for joint use. When you set up a joint account be sure to set ground rules, and never let overspending slide.

Sometimes it isn’t spending that necessarily puts people’s finances at risk, but rather behaviours. If you and your partner are co-signers on any joint asset, such as a property or a vehicle, their actions can put those assets at risk. Behaviours like excessive gambling, bad business practice, or poor financial management could leave those assets on the line, which is the last thing you want.

How Can I Protect Myself?

Now, there are ways that you can protect yourself against sexually transmitted debt from your partner, but it’s most effective if you practice these things from the beginning of your relationship.

Being in a relationship is about being honest and open with one another, and finances are no different. Both partners should be fully aware of their significant other’s financial situations, including debts. This means sharing statements, and understanding where money is being spent. When one person is entirely in control of the money, it can leave the other party at risk so make sure you have equal access to account visibility and management.

We’re aren’t all confident in the legal jargon that makes up most loan agreements, but you absolutely must understand the fine print of anything that you sign when it comes to money. If your partner is pushing you to sign something on the spot: DON’T. Your signature will tie you to that debt, so always make sure you read everything carefully, and get independent advice if there’s anything you aren’t sure about.

Have Joint And Separate Accounts

Independence is important in relationships, which is why it’s usually a good idea to have joint and seperate accounts. Many people choose to have a joint account for ease of use in terms of paying bills, doing shopping and so on. This money can be protected by ensuring that both parties need to sign for transactions over a certain size. For other personal expenses, an individual account is a good idea.

Be Switched On About Joint Debt

Many people don’t realise that joint debt isn’t really joint debt at all. If payments are not made and your partner wiggles out of paying (there are a number of methods of doing this), the other party will be 100% liable for the debt. Lenders can take action against either person in order to get the full amount. So, when it comes to joint debts, be very careful!

What Happens If My Partner Has Debt?

If you’ve recently got into a relationship and your partner has debt that they’re open and honest about, that’s ok. Sometimes adults incur debts over the course of their lives, spanning everything from phone contracts to car payments to student debt. Just because a person has debt, doesn’t mean you should avoid being in a relationship with them, but it does pay to talk about it early, and be well informed.

If you know your partner has debt, you can account for that when it comes to making joint financial decisions. Large debt might impact on credit scores, so it’s important that you watch the amount of responsibility you’re getting into. Remember, think of the worst case scenario!

At the end of the day you need to make your own decisions in your relationship about how you’ll deal with debt. Just remember to be realistic in your choices, and to protect your financial self first, before supporting your partner. 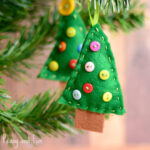 Just buy Australian owned & made!
Answered 2 hours ago
Have I done the wrong thing?
Answered 6 hours ago
Slow Cooker Coconut Curry Sausages
Asked 7 hours ago
Women that have had sex with circumcised and uncircumcised penises, which feels better?
Answered 13 hours ago 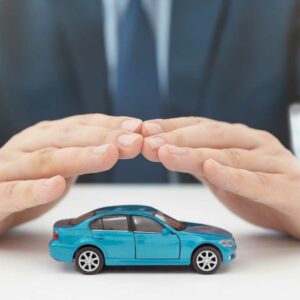 10 Best (and Cheapest) Car Insurance in

Car insurance is a must in Australia. Damage to your car 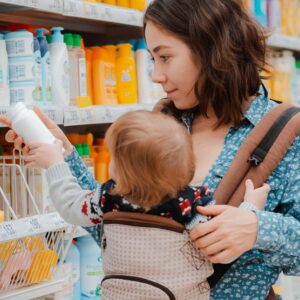 A new baby isn’t exactly cheap, but the good news is 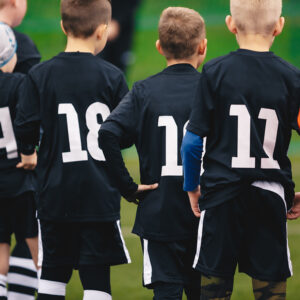 5 FREE Government Rebate Vouchers You Can

Did you know there are lots of FREE Government rebate vouchers 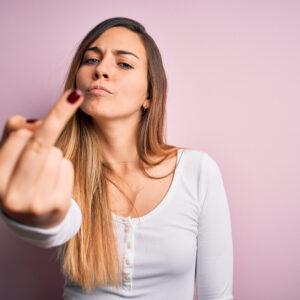 Call it financial self-defence, or a more blatant “F*ck-off Fund”, but