A new study has found that women find ‘baby-making sex’ “inconvenient and unromantic”.

In a study conducted by the team of researchers from medical technology company Ava, which conceptualised the fertility tracker, Ava Bracelet, most of the 2100 women surveyed, do not have a realistic expectation of the time it can take to conceive or of the importance of timing sex around the “six-day fertile window.”

The women surveyed, all of whom reside in the US and Europe, also said that talking about trying to conceive (TTC) and other issues relating to fertility is still not accepted and that hearing about friends’ pregnancies can be stressful and upsetting, with 80 per cent revealing that hearing baby news had caused them stress and/or depression, while 86 per cent of women over 40 reported feeling stressed and sad upon hearing of others’ pregnancies.

“It’s unfortunate how much stress and frustration women still experience today around the process of getting pregnant, and about the discomfort many women feel about sharing their fertility experiences with others,” Ava co-founder Lea von Bidder said in a statement.

Results of the survey showed that 51 per cent of couples say that the quest for a baby had resulted in “inconvenient or unromantic” sex, although more US women (72 per cent) agree to it than French women, with only 29 per cent. For them, trying for a baby takes the passion and “fun” right out of their sex lives.

Meanwhile, a little under half of US women said that at some stage, they’d had to convince their partner to have sex during their fertile window, when their partner wasn’t “in the mood”. The study also found that over three-quarters of women said they underestimated the amount of time it would take to fall pregnant.

Around 48 per cent of women also shared that they did not understand the importance of tracking their fertile days and timing sex around this window.

Older women also were more likely to discount the importance of timing sex around ovulation than younger women, while 60 per cent of women confessed that they are uncomfortable talking about fertility with anyone other than close friends or family.

Experts explained that the most common reason for keeping baby-making plans quiet is to avoid people asking for constant updates that couples find annoying.

“Fertility and the baby-making journey is still very much a private matter even today especially in Germany and among women over 40, but this is not necessarily about shame,” Ms von Bidder said. “For most, the reason to stay quiet was mostly to avoid persistent questioning and requests for updates.” 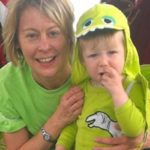 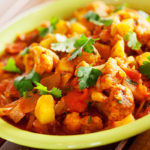 Guide to Freezing Sandwiches for School Lunches
Answered 3 hours ago
Kids Snacking
Asked 6 hours ago
Did your boobs get smaller when losing weight? I'm hoping for this!
Asked 8 hours ago
Lentil Patties
Asked 9 hours ago