A five-year-old boy has a bad case of a “poo phobia” that he held it for four months and was admitted to hospital, once because he was vomiting faeces.

Jake Clark, from Warrington, Cheshire, stopped pooing at the age of 18 months, leaving his parents worried.

His mum, Carrie Brocklebank, 23, said that Jake was just so scared that it took her six months just to teach him that it was OK to poo. Jake used to either hold it in or go and hide because he was embarrassed after he’d done it. She said that Jake was fine until he was about 18 months, not knowing what happened when all of a sudden he was refusing to go to the toilet.

“It might have been that he’d tried going once and it had caused him pain, but after that he just didn’t want to do it anymore. I think what he’d done must have really traumatised him because after that every time he needed the toilet he would scream and cry and wouldn’t let you anywhere near him,” she said.

She said that it started off as a mild constipation which he was treated for, but she said that she knew there was something more serious when Jake went four months without pooing properly.

When she took Jake to the doctor, she was told that it would be best for Jake to be fitted with a colostomy bag — a solution which took more than three years of being assessed for doctors to decide because the problem was simply not getting better. Jake had his colostomy bag fitted at Alder Hey Children’s Hospital in Liverpool in December last year, just after his fifth birthday. It took two and a half hours to clear out his bowel because it was so full. “We were told that because Jake had been holding the poo in for so long his bowel had become over-stretched and their only option was to have a colostomy bag fitted,” Carrie said.

Carrie claims that Jake’s avoidance of going to the toilet is caused by a psychological issue, with Jake currently being tested for autism. Now, Carrie is trying to raise awareness of the severity of constipation and to stop the stigma around colostomy bags. Carrie said she also wears a stoma bag to make Jake feel more comfortable.

A spokesperson for Colostomy Association said:

“Every year children and newborns undergo stoma surgery for a wide variety reasons, in some cases this is a life-saving operation.

“The Colostomy Association’s Junior Ostomy Support Helpline (JOSH) is available for parents or carers of children with bowel or bladder issues and can provide support, information and reassurance through any difficulties or challenges that may arise.” 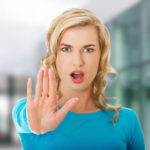 Free Birthers! Get Over Yourselves! 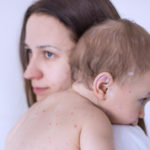 Fourth Case of Measles in…