A couple from Queensland are fighting to stop the deportation of their adopted two-year-old boy to Manus Island where he was born after the Immigration Department turned down his visa application.

Craig, 46, and Karen Wells, 57, adopted the boy known as Mackalistair or “Cal” in Papua New Guinea and brought him back to Australia.

The Courier Mail reported that Craig said Cal was offered to them by his father early last year because he couldn’t care for him and that Cal was to be given away to another village, so he agreed and Cal became a part of their family. Mrs Wells said her husband had worked with the boy’s father at the Manus Island immigration centre and he and Cal’s mother had given consent for the boy to live with her and her husband. She said she hasn’t heard from Cal’s parents in PNG since Christmas but claims they both agreed he should live with them in Australia.

Now, the boy’s visitor’s visa has recently expired, so, the couple are now fighting for a residency visa for Cal and to be named as his guardians.

Cal was granted a bridging visa for the time being but the signatures of both of Cal’s biological parents are necessary for the visitor’s visa to be reviewed. An orphan visa for him was rejected in June and is being reviewed by the Administrative Appeals Tribunal.

Community Kids Deception Bay Child Care centre director Katie Voigt, who wrote a change.org petition to save Cal from deportation, which now has over 23,800 supporters, said that the couple had been forced to fly back and forth to PNG every three months to renew the toddler’s temporary visa and finalise his adoption.

The couple, who have seven adult children between them, said they didn’t anticipate immigration dilemma’s when they accepted the offer.

“We didn’t expect it to be like this. Karen was retired, and my kids were growing up and then Cal’s come along and he’s changed everything. We can’t not help him now. It’s not about me, it’s not about Karen, it’s about him and his future,” Mr Wells said.

‘He’s our son now “¦ there is nowhere else for him to go,’ Mrs Wells added. 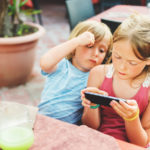 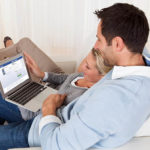