A photographer in the United States is helping children who suffer from cancer be “anything they can be”  as subjects in a photographic series.

After creating fun photos with his own kids, father-of-four Jonathan Diaz decided to help children who had life-threatening illnesses escape their realities through his creative form of photography.

The children Jonathan works with choose a whimsical world or dreamscape they can be edited into when they have their photograph taken and their ideas take them everywhere from outer space to mystical fairylands.

“I started really getting into this creative, collage-type of photography about three years ago, asking my kids to imagine living their dreams, and sort of recreating that imagination through my lens,” Jonathan told US Today.

“After a while, I thought, ‘Why not give this project to kids with cancer, and create a special way for them to live their own dreams?'”

Jonathan gives his time without payment to the project and has released a book of photos called the Anything Can Be project. Jonathan said one of the most important images in the book is of a young girl sitting in a field of flowers dressed as Alice in Wonderland.

The photo entitled “Jordan in Wonderland” was taken after Jonathan received a call that Jordan was very sick, but really wanted to be in the book.

Jonathan remembers the moment before he took the photo without hesitation.

“I remember kneeling down next to her and saying, ‘Listen, I know we’re in your living room and there are lights and cameras. But if you can imagine with me that you’re in Wonderland, I’m going to put you there through photography’,” he said.

“It was just one of those moments where I felt she really, truly escaped.”

This was only weeks before Jordan passed away. But the beautiful girl who lost her battle to cancer is one reason Jonathan spends up to 20 hours on each image and isn’t paid for any of his work, saying seeing each child with the final image makes it worth it.

Here are some of his photographs: 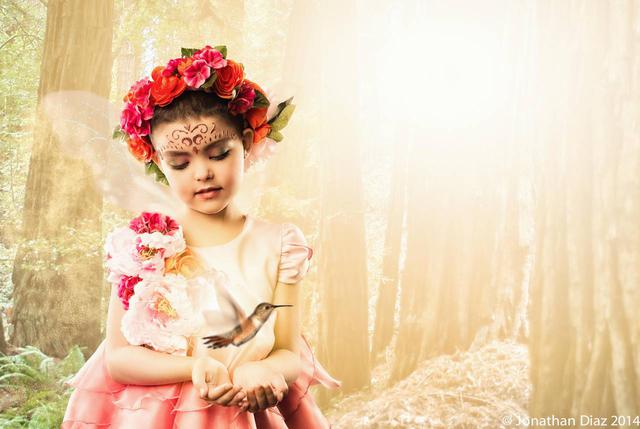 Be Tick Aware These Holidays Did Jill Meagher Have To…