A father in New Zealand, who was accused of abusing his children for years, has been exposed after his daughter wrote a note to her teacher about the abuse saying he hit children.

Stuff.co.nz reported that the children told police the 34-year-old father, from Southland, who cannot be named for legal reasons, had hit them on the head with a metal dessert spoon, on the legs with a telephone cord and on the back with a wooden spoon.

Judge Mark Callaghan told Invercargill District Court the father’s offences were revealed after his daughter wrote a note to her teacher at school.

The father had allegedly been hitting three children in his care, who were all under the age of 12, for several years. He confessed to police he had hit the children’s bottoms and legs, and has pleaded guilty in court.

Lawyer Simon Claver said the father was very remorseful and had fully cooperated with police and addressed his issues. He said that the father had no other criminal history and was unlikely to reappear before the court again.

Judge Callaghan said the father had tried other types of discipline and only hit the children as a last resort. He added that the father’s behaviour could have been explained by his depression and inability to get help because of where he lived.

The father has also began anger management and parenting programmes since being charged of six counts of assaulting a child on Tuesday.

He was sentenced to 80 hours of community work and 12 months supervision. 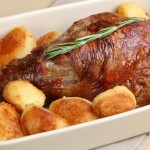 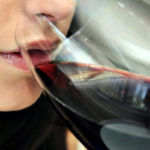