Mums are angry over a price hike that will see  them pay around $8 more for a can of Nestle baby formula.

The price of a can of NAN HA Gold 1 was around $22. It has been relabelled as NAN Optipro HA 1 Gold after the formula was altered slightly, and is now selling at around $30 a can.

The Herald Sun reports that Nestle claims there has been a reduction in protein in the formula following results from a medical study published in April last year that found a higher protein intake in infancy could lead to childhood obesity.

However, the new formula has an almost identical nutritional content as the old formula and the protein content – 1.3g per 100g – is exactly the same on the old tins and the new tins. The Herald Sun says that Coles lists NAN HA Gold 1 at $22.40 while Woolworths has NAN Optipro 1 at $29.99, which Nestle has confirmed is the recommended retail price.

The newspaper quoted Kat Herbert from Footscray, a mother of a five-month-old-daughter, who says she can’t afford to keep buying the formula.

“Especially being on maternity leave, we have no second income “” we’ll be changing to the Aldi formula,” she said. Another mother, Rebecca Kerr, mother of a 10-month-old-son, said she didn’t know how she would be able to afford the formula and couldn’t imagine what could justify the price hike.

“People already struggle to pay for formula week to week, I’m really quite shocked at what they’ve done,” she said.

This is the latest issue in recent months for parents who rely on formula to feed their babies. Demand from Chinese buyers has left supermarket shelves bare and parents driving great distances to secure cans of their preferred brand.

This demand has seen prices rise, while the supply has fallen. It’s predicted that the high demand for Australian formula will remain as Chinese consumers want our product. 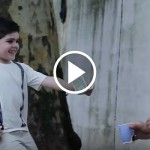 How Does a Child Spends…