According to the FBI, the remains discovered over the weekend in Grand Teton National Park were those of Gabrielle “Gabby” Petito, the 22-year-old travel influencer who went missing while on a cross-country trip with her fiancé.

As per the agency’s Denver field office, the Teton County coroner confirmed Gabby’s identification and ruled her death as homicide, but the precise cause of death will have to await the full autopsy findings.

On Sunday, Petito’s body was discovered in an undeveloped camping area in the Bridger-Teton National Forest on the outskirts of Grand Teton National Park.

According to the FBI, Teton County Coroner Dr Brent Blue deemed the manner of death a homicide in his early findings.

“The cause of death remains pending final autopsy results,” the FBI said.

“Anyone with information concerning Mr. Laundrie’s role in this matter or his current whereabouts should contact the FBI,” Special Agent in Charge Michael Schneider said.

In July, the two embarked on a cross-country journey in a modified van to tour national parks in the western United States. On September 1, authorities say Laundrie drove the vehicle back to his parent’s house in North Port, Florida, alone.

The FBI in Denver is looking for information about anybody who’d had interaction with Petito or Laundrie or who may have spotted their vehicle in the Spread Creek Dispersed Camping Area between August 27 and August 30.

Brian Laundrie, a 23-year-old boyfriend, has been named as a person of interest in the incident.

Close relatives last saw him in Florida on Tuesday.

Petito’s family had been appealing to the Laundrie family to tell them where their son had seen her the last time. But they received no helpful response.

Laundrie has been missing for a week, and authorities in Florida are looking for him.

Laundrie’s parents told them he was headed to a Florida wildlife preserve last week, and authorities continued their search there on Tuesday. Laundrie’s parents informed detectives that he went to the T. Mabry Carlton Jr. Memorial Reserve near Venice on September 14 with a backpack.

Even after a missing person report was filed, he refused to speak to authorities and refused to tell where she was.

Now, Mr. Laundrie’s whereabouts have been narrowed down to a 24,000-acre natural preserve near his house in North Port, Florida.

The operation is being conducted with the help of dogs, drones, and all-terrain vehicles, which authorities say is hindered by the challenging, marshy terrain.

Hundreds of claimed sightings of Mr. Laundrie are also being investigated, along with more than a dozen in Alabama, which borders Florida to the west.

Authorities investigated the Laundrie family’s house on Monday. Agents were then observed pulling away from a silver Ford Mustang and removing many boxes from the property.

Investigators are now attempting to figure out how this grand excursion could have resulted in the death of a young woman and the disappearance of her boyfriend under questionable circumstances.

This was the last message of Gabby Petito to her mum.

Ms Petito’s mother last got a text from her daughter’s phone on August 30, indicating that Gabby would be unavailable for a while: “No service in Yosemite.”

If the communication was delivered to relieve her family’s worries, it had the opposite result.

A couple of days later, Brian Laundrie drove his van back to Florida and found himself alone, with no sign of Ms Petito.

Police were quick to stress that, while Mr. Laundrie was a person of interest, he was not sought for any offence.

Police are still waiting for answers, and her family has left yearning for additional details.

On TikTok alone, the hashtag #GabbyPetito has gotten over 650 million views as of Tuesday, and people are leaving many speculations about the homicide case. 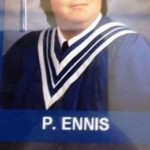 20+ Unfortunate People With The… 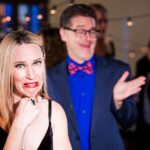