A 22-year-old man has been charged and a woman is in a critical condition in hospital today after the man allegedly attacked the woman’s car with a knife. The woman suffered a “medical episode” and went into cardiac arrest during the attack.

It all started at 11:30am on Tuesday when a man exited his vehicle on Clarkson Drive at Rainbow Beach with a knife and began attacking another vehicle. Inside the vehicle was a female driver, aged 21, a male passenger, age unknown, and two young children.

During the road rage attack, where the accused is alleged to have stabbed at the car, the 21-year-old woman went into cardiac arrest. Paramedics called to the scene were able to revive her, but when they were about to get her into the rescue helicopter to be airlifted to Royal Brisbane Hospital she had another heart attack. She’s currently at the Royal Brisbane, but in a critical condition.

The man, who fled the scene before police and emergency services arrived, was apprehended soon after. Police believe that he is known to the other man in the vehicle and that the attack was far from random. The attacker is facing charges of threatening violence and wilful damage. He will face Gympie Magistrates Court today. 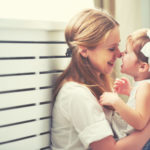 Planning For The Future With… 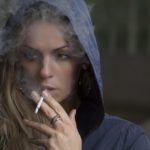