A mother who just gave birth is being praised for her “uncensored” postpartum photo wearing a “giant mum diaper.”

New mum Amanda Bacon, who lives in North Carolina in the US with her husband and two young children, posted a photo on Thursday of herself wearing a ‘giant mum diaper’ in hospital shortly after giving birth, which gained thousands of likers from all over the world as it revealed the reality of childbirth. Mrs Bacon titled the photo, “Motherhood uncensored”, which also shows her husband and their new baby. It has been widely accepted by thousands of mothers as they can relate to the feeling of joy, which surrounds the arrival of a newborn, but feeling the less-than-glamorous effects pregnancy and labour have on the body. She wrote:

“I’m sharing this picture because it’s real. This is motherhood; it’s raw, stunning, messy, and freaking hilarious all rolled into one.” She went on to tell the “beautiful experience” of having a baby, but also told about the reality of postpartum life. She also said that it is important to tell people about “embracing” all the moments, including the postpartum pains of motherhood.

“Having a baby is a beautiful experience, and the realities of postpartum life aren’t spoken enough about. And definitely not photographed enough. Some people probably find this uncomfortable, but why? I seriously don’t get it! It’s probably because this part isn’t talked about. We all should try and educate, empower and embrace every aspect of childbirth, including moments like this. And do it while having a sense of humor,” she wrote.

She ended her post by saying the inevitable moments of motherhood.

“Nothing says welcome to motherhood like an adorable squishy baby, and a giant mom diaper.” Mrs Bacon, who has a young daughter, Kaelyn and a baby boy, Pierson, has been praised for the post, which has now received more than 437,000 reactions. 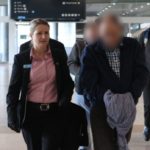 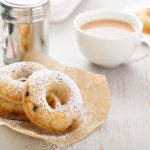 Advice on buying first house
Answered 6 hours ago
Late positive on covid test for kids
Answered 10 hours ago
150+ Unique But Not Weird Names for Baby Boys
Asked 12 hours ago
What Centrelink payments are you on - and how much do you get a fortnight?
Answered 1 day ago