Research has revealed that kids with allergies are being bullied by so-called ‘allergy bullies’ who spike their food with allergens that led to some children being hospitalised.

A new report in the Journal of Paediatrics and Child Health highlights that up to 30 per cent of the children surveyed in international studies reported being bullied because of their allergy.

The paper, which was published yesterday, found that children with allergies are twice as likely to be bullied, as they are easy targets for teasing and isolation because they can’t eat certain foods.

Professor Andrew Fong from The University of New South Wales said that bullies now use food as the latest bullying weapon, with some children being splashed with flavoured milk or given sandwiches spiked with peanut butter, or have been dared to eat a handful of nuts.

“Some of the things include things as scary as being forced to eat the food they’re allergic to, or people tricking them into eating food,” he said.

In some cases, children have actually had an allergic reaction as a result of being bullied. “They can be separated from their peers at schools, and they may not be invited to parties. Kicked, teased, and bullying through social media as well,” Professor Fong said.

Because of this, some parents opted to switch to home schooling to protect their children from deadly anaphylactic shock. Allergy & Anaphylaxis Australia president Maria Said said the organisation was “certainly aware of cases of this kind of bullying in Australia”.

“There is a lack of respect and understanding around allergies generally and, when it comes to children, there can be an element of jealousy some don’t like the special attention focused on the food-allergic children,” she told The Courier Mail.

“Then there are just cases where the bully likes to pick on the kid with allergies.”

Food allergy affects one in 12 children in Australia.

In trying to combat the rise of allergy bullies, the study looks at why sufferers are targeted.

Key reasons include perceptions of “special treatment” and the need to carry EpiPens, which make allergies very visible. “The EpiPen is something that could be stigmatised, and having an EpiPen is very obvious to other children,” Professor Fong said. “That could be dangerous – this is their life-saving medication.” 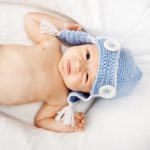