She was made to sign the custodial rights of her children before she was forced to go back to Brisbane from Lebanon. Now, she has been blocked from contacting her children.

A family source says, Sally Faulkner, the mother behind the botched child abduction attempt in Lebanon, has been prevented from contacting her two children, five-year-old Lahela and three-year-old Noah, who are with her estranged husband, Ali Elamine in Lebanon.

“No Skype, no photos, blocked on WhatsApp and (Mr Elamine) is not answering phone calls from her,” the source said.

In exchange for her return to Brisbane, Ms Faulkner was made to give up custody over her children in a deal reportedly done by Nine Network, paying a huge amount of money to Mr Elamine after the failed kidnapping attempt.

Ms Faulkner and Nine’s 60 Minutes crew, including reporter Tara Brown, were arrested and spent two weeks in a jail in Beirut last month after a child-recovery team seized the children from a street as they were walking with their Lebanese grandmother.

The Australian Family Court granted Ms Faulkner full custody of her two children but she gave it up so Mr Elamine would drop his abduction charges against her. Ms Faulkner and the 60 Minutes crew were released from prison, although they still face possible criminal charges.

Meanwhile, The Australian has reported that the child recovery agent involved in the operation, Adam Whittington, who remains in jail, is hoping to be bailed in Lebanon. 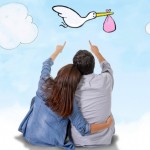 How To Get Pregnant With… 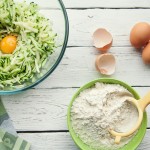 What are you getting your 16/17 year old sons for Xmas?
Asked 2 hours ago
Does anyone else have family that don’t want to help them?
Answered 3 hours ago
Sons wee
Answered 7 hours ago
Centrelink partner's
Asked 22 hours ago