Gambling is considered a normal and widely-accepted activity. Watching the Melbourne Cup and betting on a few horses, placing a wager with your mate during the Grand Final, enjoying a fancy night out at the casino these activities are not only acceptable but celebrated. But, for thousands of individuals, these activities that may be considered the social norm are silently tearing their families apart.

It almost happened to us.

KNOW THE TRUTH:  Problem gambling can be characterised by difficulties in limiting money and/or time spent on gambling which leads to adverse consequences for the gambler, others, or for the community.

Anyone who has a family member who suffers from an addiction, regardless of whether it’s an addiction to alcohol, to drugs, to gambling has a story like this. For every individual with an addiction, there are five to ten other people who are affected.  This story is not designed to place blame on my husband. I share this story not to be pitied or to be judged or to even be understood. I share this story so that others who may be in the same situation know that there is something you can do. There are ways to change this, to fix this, and to move past this. The Gambling Help website (http://www.gamblinghelp.nsw.gov.au/) is designed for individuals and families that are struggling with a gambling addiction. It features a number of free resources to help you along this often perceived solitary journey. You are not alone in this.

My husband has always had a competitive streak to him. It was one of the things that attracted me to him his motivation and desire to succeed, to be the best, to win. He has also always been heavily into sports. His days of playing competitively ended with a knee injury but he spent a fair bit of time watching and betting on his favourite teams.

Or at least this is how it started out.

The demise into addiction was slow for him and, looking back, I should have noticed the signs right away. Like when he told me he would need to decrease the weekly food amount by $50 a week because he couldn’t afford the bills. Or the times when there would be no money in the account even though he was paid the day before. The financial indicators were there but they weren’t banging on our front door, issuing us with overdue statements. So I thought nothing of it.

The emotional signs were there as well. Some nights he would come home too drunk or too late. The next morning he would be in the foulest of moods but I assumed he was hung over. I never put two and two together – that he took his team’s losses a lot harder than a normal fan should and that the reason was because he had just lost a week’s worth of income from it. So what was I doing exactly?

I was a stay at home mum to two children under two and incredibly sleep deprived. I was also probably a bit naÃ¯ve. In my spare time I also made baby items on the side, bringing in an extra $20 here and there. I stored the money in an envelope and planned on taking it to the bank to deposit it into a savings account for our second child when the amount reached $1000. It was a small and stupid goal that would take me over six months to reach but it was my way of contributing.

Around the six month mark I went to deposit a $10 note into the envelope and noticed it was a lot lighter. I had a look and, while the small coins were there, a lot of the bills were missing. I should have had approximately $870 in there. There was $43.

I asked him about it when he got home. He denied going into the envelope and got mad that I accused him. He took off that night and didn’t come home until very late. He returned at 3:00 am, eyes bloodshot and with a wallet filled with money.

He handed me the cash and slept in the spare room. The next day while he was at work I went to the bank to deposit the money. I asked to see our financial statements. Every week hubby’s pay check would go in and throughout the week there would be money taken out. The money that we should have been using to save, to put away for the kids, to buy our own place one day, to upgrade our only car this money was disappearing. I stupidly assumed it was going into a savings account, similar to my measly little envelope. But there was nothing there.

But it got worse. I asked to see our eldest daughter’s term deposit which should have had $5,500 in it. We deposited $5000 when she was born.

The teller checked the records and told me this account had been emptied and cancelled six months ago. Our daughter’s savings account was no longer there.

I honestly wasn’t even angry at first. I was upset, sad. I was actually more upset with myself than with him because I should have opened my eyes. I had been living in a mummy bubble for two years. The sadness turned to anger and then to rage and by the time my husband came home I had dropped the kids off at a friend’s house so I could let loose without upsetting them.

He was no longer welcome in this life that we built together.

He didn’t say anything. He hardly even looked at me. But when he did, his eyes, the eyes of a confident and cocky man that I had known for so many years, were the eyes of a stranger. They were glassy with tears; they were stained with shame; they were the gateway into the harsh reality that he was crumbling inside. And he had been for a while.  I had just been too blind to see it. FACT: Only 8-17% of people with a gambling problem will seek professional help. They tend to be those who have hit rock bottom and in crisis. Furthermore, almost half of seekers suffer from anxiety and depression and around one third of help seekers have a problem with alcohol.

At first, we didn’t really know where to go from there. He admitted he had a problem and he wanted to stop. Lucky for us, we discovered – http://www.gamblinghelp.nsw.gov.au/ as our first port of call. We sat down together and read through some of the stories that other people have shared. We were both in tears by the third story. He contacted a representative in our area through the website the next day.

For my husband, gambling was part of a lifestyle. Drinking, watching sports and gambling that was his trifecta. In order for him to overcome his addiction, he needed to eliminate all three. This wasn’t easy for him and it wasn’t easy for me to watch but I know that without the professional help, he couldn’t have done it. Without professional help, it was just me and him, battling something a lot more powerful than either of us realised.

YOU’RE STRONGER THAN YOU THINK: A gambling addiction is not something that you should be ashamed of and it is something that you can gain control over. Recognising the problem, being willing to accept this, feeling comfortable about seeking help, knowing what services are available and believing that these services can help are the first steps to overcoming a gambling addiction.

Regardless of whether you are battling a gambling problem or you fear your loved one is, seeking help is your chance to prove to yourself and to everyone else that, yes, I can do this.

I love my husband. He is a good person and I really believe he didn’t mean to hurt us. This has become even more evident from his journey to recovery. His desire to win and his competitive nature is still there. But it’s directed towards other activities now he is determined to be the best father to our daughters and this is his goal each and every day now.

And this is one bet he won’t lose.

HELP IS AVAILABLE: Please, take the time to check out http://www.gamblinghelp.nsw.gov.au/ if you or someone you love could be struggling with a gambling addiction. 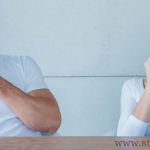 Separated But Still Living Together? 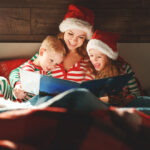 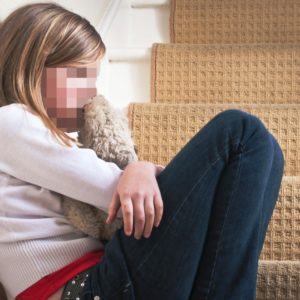 We know how parents do everything for us, right? Well, news