If you have been following my mid-life crisis over the last 12 months, you would know that not only have I dropped 15kg the hard way, found that I love mountain bike riding, swimming laps and social netball, I’ve also joined a gym, gone blonde, got a tattoo of an evil queen and bought a V8… Phew it’s been a big 12 months. Me After the Procedure – I’m still smiling!

But now that I’ve moved all that fat but sweating my butt off, there is one area that I had been considering surgery on – my great big double chin.  It might not look big to you, but I have my Dad’s double chin – it is hereditary and even with the huge weight loss and eating nothing but seaweed and snot so my butt doesn’t get big again, that damn double chin wasn’t reducing in size.  The thing is that even though I’ve had a tiny bit of plastic surgery done in the past (nose and boobs) – I’m really reluctant to get any surgery on my face – because, well – I like my face.  I like my laugh lines, I like my heavy eyelids, and I don’t want to change them.  And to fix a double chin – surgeons effectively have to do a lower face lift – and I really don’t want that in case it changes my features…

I reached out to Contour Clinics in Five Dock in Sydney to have my coolsculpting done.  Well, I’m all for trying new things and giving it a go, provided it is non-evasive – plus then I get to let you know exactly what it is like!  So why bloody not huh!

I liked the fact that there is no needles, no knives, no cutting and that you can walk out right away…..

Was I sceptical that Coolsculpting it would work?  Hell yes!  It is going to take another 12 weeks or so until I see the end result – But I’ll keep you posted week by week and I have before photo’s done – so let’s see huh! The proof is in the pudding.

So when I first attended the clinic you have to fill out the standard medical questionnaire about any conditions, medications etc.  Pretty standard.  Then I went in to speak with Dr Josh who went over the questionnaire, had a look at my chin to see if I was a good candidate and generally check that everything was okay.  I didn’t realise that this procedure required a Doctor to look over everything, it made me feel a bit more reassured that what I was doing was legit as opposed to getting it done at your local beauty salon. I did ask him about this because I didn’t know what the difference was – because the clinic was a lot more expensive. Me and Dr Josh Wall at the initial consultation.

Turns out that only Doctors can get access to these high-tech machines and that the ones at beauty salons are like a cheapo version.

I got all my before photo’s done – then I was handed over to the girls to get my procedure done!

Coolsculpting works by gently freezing away unwanted fat pockets (Cryolipolysis).  It works by safely delivering controlled cooling that targets and destroys fat cells.  The fat cells are then wiped away by your own immune system over a period of three months.

I did ask Dr Josh about all the areas that can be coolsculpted, and I’ll admit when he said the top of the pubic bone – I did yell out ‘The Gunt?’.  Classy huh!

The first part was finding the exact spot where the coolsculpting vacuum had to be attached – so they had a little template that they drew on my chin to ensure the suction thing went on the right spot.

So yes it is like the head of a little vacuum – and it ‘sucks in’ your skin. Is it comfortable? No.  But it doesn’t hurt. The vacuum was attached then I was somewhat tied into the chair to avoid the vacuum from coming off (because apparently if it does you can’t have it done for another two weeks or so).  The girls went to a lot of trouble to ensure I was as comfortable as I could be.  I got a little cushion that went around my middle so I could rest my hands on top, they popped on the television and hit the go button.

The first sensation was just a cool breeze, not unpleasant.  It gets cooler and cooler gradually, but after a few minutes of the cool you pretty much can only feel the suction – which isn’t tremendously comfortable – but no pain no gain!

I think I did great for the first 40 minutes – but the last five was pretty much awful – the vacuum sensation gives you a bit of a headache – and seriously you just feel like ripping the whole thing off and tossing it across the room.  The girls came in and checked on me – and if it wasn’t for that countdown I think I would of nearly given up!

Once the time is up, everything is removed. This is at the 44 minute mark – I was nearly ready to rip it off at this stage.

This bit sucked…. For two minutes straight after the cold vacuum, the girls had to massage the frozen chin fat.  And it hurt – a lot!  But in saying that she said that they get a 68% better outcome when this massage is done.  So even though I wanted to try and push her away (and I’m sure I asked her to stop lol) – she kept on keeping on for two very long excruciating minutes.  Then – I was free to go!

I popped a few Panadol when I got back to my hotel room, the headache did subside after that.  It felt really numb and a bit sore – but not too bad.

Well it has been 24 hours now since I’ve had the Coolscupting done.  The treated area is still numb to the touch and I have a tiny bit of bruising that I honestly thought would be worse seeing I bruise so easily.  My chin kinda feels, weird… Like after you have had a filling at the dentist type weird.  It is a little sore and a tiny bit swollen, not uncomfortable although I did need to take a couple of Panadol last night before bed as it was still a bit tender.

Best of all no one at work said ‘What did you do!!’ – and a bit of powder hid the bruises so I don’t look like I got strangled.

So my chin isn’t sore anymore, but still a little numb.  All the bruising (it was pretty minor anyway) has disappeared.  When I touch the area it is still fairly tender.   I’m excited to see any changes in the upcoming months.

So this is my journey so far – I’m excited to see the end result!  Stay tuned for images at one month, two months and three months!

If you are interested in having this procedure done – here are the details: 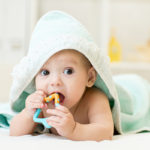 Is My Baby Teething? Yeah,… 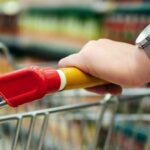 11 Things That Are Filthier…

What would you do with the money?
Answered 4 hours ago
Kids clothing wholesalers
Asked 6 hours ago
How common is circumcision these days?
Answered 1 day ago
How much is your mortgage and how much do you pay a week or monthly?
Answered 2 days ago 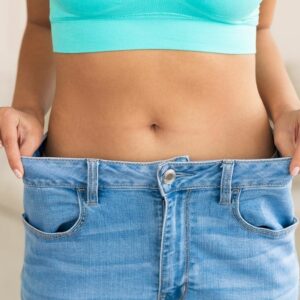 5 Unique Weight Loss Products That I