And just like what we offered to you last year, we’ve gathered these uncut confessions from our followers who just can’t kept their secrets to themselves and chose to just let it out…anonymously.

“I have severe body odor despite good hygiene everyone around me constantly sprays perfume near me or starts coughing . People think I’m just dirty when really I’m very hygienic. I don’t know how much longer I can put up with this . It is so isolating, I can even smell it on myself.”

PS. We can relate.

“I have to have the awkward conversation of telling my friends my mum’s been faking cancer for the last 6 months. I should be happy she’s not sick. I don’t really know how to feel.”

My husband came out as bisexual…

“My husband has come out as bisexual told me all about his male encounters in the past.  Kinda made me feel funny inside. I would be interested in watching him with another, kinda hot.”

“I can tell which clients at work are married and which aren’t. They really try to connect with you. They quiver under your touch. I guess because of years of living in a sexless marriage takes its toll on them. Years of knowing they prefer to touch themselves than their husbands. I used to think men who cheated with escorts were lowly dogs but then I got to know them.

I hate my kid

“My son is difficult… I cried today as i just couldn’t take it anymore and found myself hating him. I love him so much he’s just so hard to understand and loses it in an instant… Feeling like the worst mother ever. I just don’t know what to do anymore: :'(“

“The worst moment of my life was when we were hit by a careless driver who veered into my lane. Her friend who had been following her behind in another car walked over to me and told me my baby was dead after trying to stop people from taking her out of the car screaming that you aren’t allowed to touch the body. Luckily a man pushed the woman out of the way and commenced CPR. It was 3 hours until I found out she was actually alive.

For three hours I thought she was dead. No one told me she was alive until I heard her scream in the distance.”

Why Can’t Babies Work to a Schedule??

“I’m staying in the city as i’m due to have a baby next week. My husband came and spent the weekend with me but had to leave this evening to get back for work. I feel so bad because he’ll only have been home for 2 hours and my waters just started running down my legs. Fu****g hell, why can’t babies work to a schedule?? Haha yay!!”

“I don’t think I love my husband anymore. And I am not sure that I love my children enough to take them with me if we split up. I feel like I want to run away from my whole family and find a new town and start again.”

“Me and my partner have an only child, he wants a second, I don’t. If I fell pregnant I’d abort and not tell him as I don’t think he would handle me aborting his child.”

Her imagination is nuts!

“I don’t know if a man would find the possibility of being stung in the balls by a scorpion a turn on lol.”

“I have this strange sexual fantasy of being pushed down in a field, having my clothes ripped off, while it is pouring down rain, thunder and lightning clapping in the sky, wet, covered in mud, bodies intertwined, having mind-altering sex….it gets stranger, scorpions running over our naked bodies…….the thrill of possibly getting a sting while in the middle of orgasm……omg!! I would blow a man’s mind with the things I would do……”

“When I have an itch in my bum crack, I scratch it and quickly sniff my fingers.”

I’m in love, but not with my fiance

“I’m in love! just not with my fiancé! I can’t stop thinking about him, I dream about him, everything reminds me of him. I just want to run my hands over his body and through his thick blonde hair while I stare into his bright blue eyes. I just want to see his beautiful smile every day and I don’t just want him, I NEED him, I HAVE to have him!

His family wants us together, our friends want us together and we want to be together but, he doesn’t want to come between my fiancée and I……it is breaking my heart. His sister messaged me and told me he isn’t doing too well atm, I know he thinks about me as much as I do him and I know this is killing him inside as much as it is me.”

I got PTSD after my daughter was born

“I got PTSD after my daughter and I nearly died. I realised I had become a bad mum after my 3 year old handed me a picture entitled “angry sea cucumber mum”. I was no longer patient with them and all I knew was physical pain and a hatred for the person who had ran into me. Self obsession had overcome my soul as I hurt so bad from all the broken bones and slices to the bone from the wreck that nearly claimed me that it was all I knew. I read somewhere that PTSD can be treated with Oxytocin. A hormone released from hugging. It is a hormone that makes you feel love, compassion, safety and bonding.

So I started stripping me and my little one down and hugging nude for an hour a day. It actually worked. At first I felt incredibly silly but day by day things got better and I was no longer “Angry sea cucumber mum”. So if you ever find yourself struggling try some skin on skin. What do you have to lose?”

I screwed a married man

“I screwed a married man against the car in a carpark. I don’t feel bad for his wife. I’ll probably do it again.”

A night with my ex

“I get home after a very rare night out and my ex “babysat” our son at my house. So I get into bed and my ex is there, that’s ok cause I know he’ll get out of it and go home. Instead, he rolls over and snuggles in and then he says that he wants to get me off. So I did protest a bit and then I thought whatever. He takes my undies off and goes down on me, he chops and changes between going down on me, fingering my clit and f**king me with his fingers but he doesn’t stay at anything long enough for me to get anywhere close to getting off.

“Last night my Husband got angry at me and threw something, really hard at my leg while I walked away (my back was turned) I don’t know what it was, I couldn’t ask because if I said it hurt I’d get into even more trouble because I’d be ‘lying’. Today there is a bruise, it isn’t a particularly large bruise but I have to wear pants until it goes, I’m not allowed to get a bruise from him, that’s my fault then…

He will say I put it there myself, or it is from something else, it would cause more problems if he saw it. So in this stifling Queensland heat and humidity, I’ll have to wear pants; he will make fun of me for it, call me stupid maybe. Like always I’ll agree that I’m stupid. I hate my life.”

“Does this parenting thing ever get easier?! Currently, 2 under 3 and am going insane. Baby doesn’t sleep during the day, but won’t be put down either. Won’t go into a carrier so I have no choice but to hold him. The toddler is driving me crazy with the questions, the mess, the tantrums and the neediness. Partner is currently away for work too, so I’m doing it all alone.”

“I really envy everyone who has a good mother/daughter relationship. I rang my mum to tell her that me and my partner are buying a house, which is huge as 7 years ago I got divorced which left me homeless for a while and I’ve built my life back up. I was so proud of this step. Her response was “well I squatted 100kg at the gym yesterday” Not even a congratulations. She’s so selfish and such a let down as a mother. I don’t know why I even bother with her.”

How about you? Do you have steamy secrets to share? 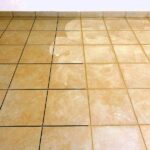 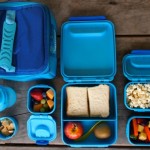 How to Get Odours Out… 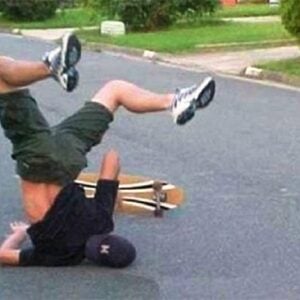 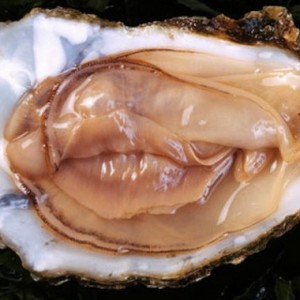