Has anyone ever dealt with a friend who is histrionic?
Answered 20 minutes ago
Can you Miss Up to 9% off classic wow gold for Burning Crusade Classic New Stats?
Answered 8 hours ago
Husband always ruins my birthday
Answered 15 hours ago
Insane spark with someone who is not my husband
Answered 16 hours ago

Dressing and identifying as a gender different from what you were assigned at birth is more common now, but in times past it wasn’t just frowned upon — it was downright illegal.

Still, women throughout history have ignored the consequences to pose as men, giving up their old identities for new ones. Some of them did this because they felt they could never achieve personal and professional acclaim as women in a male-dominated world. Others simply felt like a male body was the one they were supposed to be living with. In either case, here are 10 famous people you might not have known were women at birth

William Cathay was ironically born a slave in the town of Independence in Missouri in the year 1844. At birth, her name was given as Cathay Williams, and in her youth, she worked as a house slave on a plantation outside of Jefferson City. This was before the area was occupied by Union forces in 1861 and she was impressed into service as a slave. Then in 1866, she passed herself off as a man and enlisted into the United States Regular Army under the name, William Cathay. She was eventually found out and died unrewarded for her service, but she remains the first African-American female to enlist and the only one to serve in the army at the time.

Albert Cashier was born in 1843 as Jennie Irene Hodgers. Not much is known about her childhood, but in 1862, Hodgers dressed herself as a man and enlisted in the 95th Illinois Infantry Regiment as Albert Cashier. She managed to keep her identity a secret for the war, fighting in more than 40 battles. After the war, her life as a man continued, as Cashier worked a number of jobs, voted as a man and claimed a pension. Cashier was discovered in the early 1910s when her mind began to deteriorate in a soldier’s retirement home and nurses realised her true sex. She died in 1915 and was buried in her military clothing.

The monk known by many in the time as Marinus was born as Marina in the 6th century. Marina’s father wanted to join a monastery in the Holy Valley of Lebanon but had nowhere to house his daughter. So he disguised her as a boy and took her with him where they were both admitted and became monks. Years later, while travelling as a monk, Brother Marinus was accused of seducing an innkeeper’s daughter and was kicked out of the monastery because she didn’t want to reveal her identity. She lived outside the walls of the monastery and even raised a child before her sex was revealed after death. Now, Marinus, the Monk is a saint in the Roman Catholic and Orthodox Churches.

James Gray was born in 1723 as a girl named Hannah Snell who seemed to be a normal girl who was fascinated with toy soldiers. In 1744, she married Hames Summs, and two years later, they had a daughter. But when her daughter died and her husband deserted her, Snell borrowed her brother-in-law’s suit and began to travel. She was looking for her husband, whom she found to have been executed for murder. Eventually, she travelled to Portsmouth where she joined the Royal Marines, was sent into battle, and got wounded 11 times. In 1750, when returning to England, she revealed her true sex and surprisingly, had her service recognised and was even granted a military pension.

Dorothy Lawrence was an English reporter who was so eager to go undercover during World War I that she disguised as a man to do it. Aged 19 and living in Paris, Dorothy wanted to be a war reporter, an impossible dream because of her gender. She convinced two young English soldiers to give her a uniform, cut her hair short, and coloured her skin with furniture polish, passing herself off with forged papers as Denis Smith. She rode a bicycle to the front lines and stayed there for almost two weeks before, in fear of her life, she presented herself to the army and was placed under arrest as a prisoner of war. The Army prevented her from telling her story, and she was institutionalised and died at a lunatic asylum.

Petter Hagberg was born Brita Nilsdotter in 1756 in Sweden. She was married in 1785 and was so in love with her husband that when he was called away to the Russo-Swedish war, she disguised herself as a man to find him. She participated in several battles, before eventually finding him at the Battle of Vyborg Bay. They kept their secret between them, but when she was wounded, her true sex was revealed. However, when the war was over, she was given a military pension, granted a license to trade, awarded a medal of bravery and eventually given a military funeral.

Born in 1728 as Charles-Geneviève-Louis-Auguste-André-Timothée d’Éon de Beaumont, d’Eon spent the first part of her life being raised as a boy. The reason for this was that her father could only inherit money from his in-laws when he produced a son. In 1756, d’Eon became a spy under the service of King Louis XV, staying until 1761. She then became a captain of dragoons and was found at the end of the Seven Years’ War. She was wounded and later granted a pension to live in political exile in London for some time before returning to France. She happily lived the rest of her life as a woman.

Another eager soldier, Malinda Blalock enlisted during the American Civil War to avoid being separated from her husband, Keith. She disguised herself as a man, and played herself off as Samual “Sammy” Blalock, the older brother of her husband. Blalock was a very impressive soldier, and her identity was never revealed. Now, her records of enlisting remain one of the few surviving from female soldiers. Eventually, both her and her husband deserted from the Army. 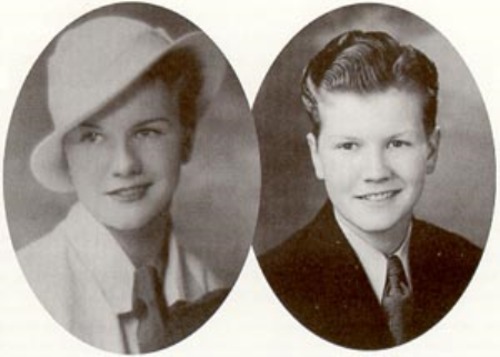 Born as Dorothy Lucille Tipton in 1914, Billy Tipton was an American saxophonist and jazz pianist. Her career started in 1933 in small bars in and around Oklahoma. As time went on, Tipton began to associate with her father’s name, Billy, and eventually presented herself as a male with breast-binding and packing. Starting to appear as a male in performances at first, Tipton was living as male by the 1940s. A very successful musician, Tipton also had a number of lesbian relationships, including a long-term relationship where they adopted three sons. It wasn’t until Tipton died that her true gender was revealed, much to everyone’s surprise.

Born sometime in the 1790s as Margaret Ann Bulkley, James Barry made quite a name for himself as a military surgeon. Barry served in the British Army and by the age of retirement, was the Inspector General in charge of military hospitals. One of Barry’s accomplishments was the first successful caesarean section in Africa, where both mother and child survived. As Barry was born a girl, she’s also the first female Briton to become a qualified medical doctor. It is thought that Barry took on the male persona in order to live his dreams of working in medicine. It wasn’t until he died from dysentery in 1865 that his real gender was discovered.

Do you know more famous men who were actually women? 5 Most Notable Eunuchs in History

Me and my morbid fascination...