6 Natural Ways to Increase Your Chance of Twins

If you are dreaming of twin babies in your life, there are scientifically proven ways to increase your chances of double trouble.  All of these methods are totally natural and certainly won’t hurt you (in fact most are extremely good for you regardless of you trying for a twin pregnancy or not) – so it really doesn’t hurt to try.

But if twins run in the family and you want to ‘avoid’ having twins, then maybe you can avoid these little tips (except for the Folic Acid – that stuff is super important!) Folic Acid is an extremely important supplement to take both before and during pregnancy to assist in having a healthy baby and to significantly reduce the chance of your baby having neural-tube defects such as spina bifida.  But did you know that Folic Acid also increases your chance of twins?

A Swedish Scientific Study quotes that the natural chance of having twins in a population is usually around the 1.5% percent mark.  However when Folic Acid took regularly is added to the mix, that percentage goes up to 2.8%.

The thought as to the increase in the number of twins is that the Folic Acid can trigger ‘Multiple Ovulation’ – meaning more than one egg is released at a time (which results in fraternal twins). 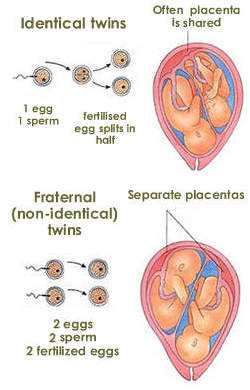 The difference between Fraternal Twins and Identical Twins

Yep, dairy-loving meat-eating women are more likely to conceive twins.  The thought is that the growth hormones from the liver of animals pass through to humans and this hormone, in turn,n increases ovulation.  A study from Live Science also is quoted as saying that the consumption of red meat and dairy and in turn these absorbed hormones may even help a forming embryo in the early stages of development.  The study also says that vegan and vegetarian women are less likely to have a twin birth.

Sweet Potato is great for anyone wanting to eat well, and it is so delicious! But as well as being good for you, many varieties of sweet potato contain natural Folate which can increase your chance of having twins!  It certainly won’t hurt to increase the amount of sweet potato in your diet if you are wanting to test out the theory!

Dr David Williams did some research on a Nigerian tribe called the ‘Yoruba’ who’s diet is very high in sweet potato (or Yams).  His research found that Sweet Potatoes contain a ‘trigger’ that releases follicle stimulating hormones in women, that encourage the release of more than one egg.

Sweet Potatoes have been used for centuries as a natural way to cure hormone issues, problems with infertility or even prevent miscarriages. 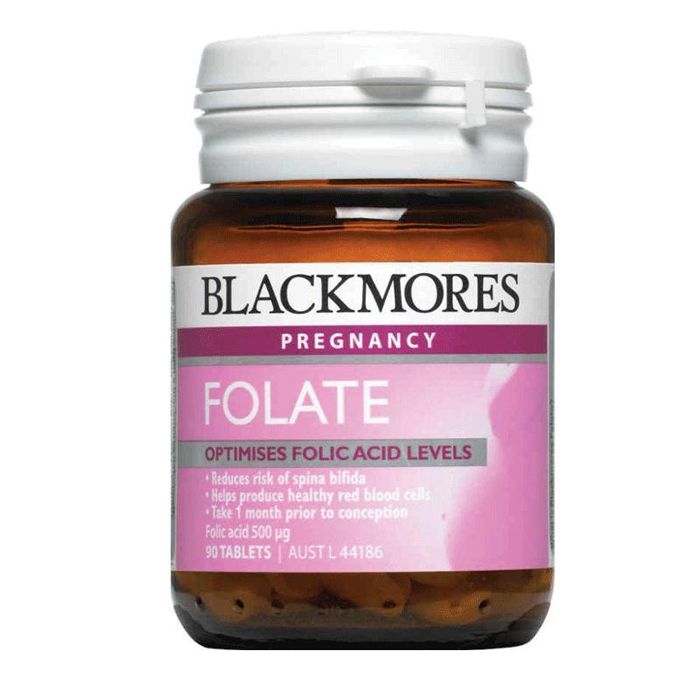 All pregnant women should take a regular Folic Acid Supplement

Have Loads of Children

It’s funny, but apparently once a woman has over four children, she is more likely to conceive twins naturally.  The magic number is thought to be four, but for every woman, that number is different.  But the more children you have, certainly the higher chance you have of having twins.

Breastfeeding is considered a natural form of birth control, but we all know that it certainly isn’t 100% effective.  But did you know that if you do manage to conceive whilst breastfeeding, your chances of twins are much higher?  Medical journals have stated that the most fertile time of a woman’s life is in the three months after she has given birth, and are NINE times more likely to fall pregnant with twins in those three months.

Of course, please consider carefully if you want three babies under the age of one!

I know this isn’t practical, BUT, there is theories that women living in Nigeria have twins in one in 20 births.  Even more surprising is that if a woman living in Nigeria moves out of the area, her chances of conceiving twins is the same as the rest of us.

Many people put this down to the consumption of Yams (see earlier on the consumption of Sweet Potatoes), but this has been found in the whole of Nigeria, not just that one particular tribe.  So whether it is climate or diet, there is something there in Mother Nature that encourages women to produce twins!

Other Ways to Increase Your Chances of Having Twins: 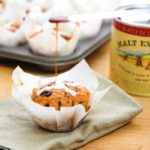 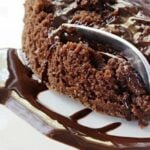 3-Ingredient Easy Cheesy Muffins
Asked 4 minutes ago
The Nacho Parenting Style
Asked 3 days ago
the soup looks good. But do you have a conversion to pounds and ounces? I luve in the USA. Thanks fir you help.
Asked 4 days ago
Is it normal? Bad? Okay?
Answered 8 months ago Baby Car Seats at 50% Off Right

Baby Bunting has a huge 50% off baby car seats sale