I got the phone call yesterday from the Deputy Principal to come and pick up Mr 9.

He refused to do as he was told by his teacher, and ended up in the school office arguing with the Deputy School Principal over his work.  Gah – how he likes to argue his case if he thinks he is wronged (maybe he would make a good lawyer one day). When we brought him home, his face was all puffy and pink from crying….He had tear marks all over his face and school shirt.  He wanted a cuddle and reassurance that I wasn’t mad….  And I wasn’t.

One thing with ASD, there is seriously no point in the world at yelling and getting angry, as much as I want to – because it will only escalate the issue.  For him, when he is having ‘an episode’ – he needs calmness and quiet. He doesn’t know that his brain doesn’t work like other kids.  He doesn’t understand why his feelings escalate so quickly when he thinks he is right (even if he isn’t!)

I changed schools last year and transferred both my boys from a private to a public school. I changed schools as the new principal (at the old school) put my son’s behaviour down to just being a ‘naughty kid’ and not part of his ASD.  The more she yelled at him and punished him, the more he played up and exploded.  Made me wild…. She wouldn’t take the time to get to know him and what he was like – and seriously after yelling at her and having some seriously furious phone calls, I pulled him out of there. I couldn’t go and speak to her face to face, I was pretty sure I would have punched her. And it takes a LOT to get me mad like that…..

So public school it is – and it has been a very positive change for us.  I really love the school, and my sons both love their teachers.  Mr 9 doesn’t cry every day before getting out of the car (winning!) and Mr 8 has his best friend in the world in his class with him.  In fact, Mr 9 loves it so much that sometimes he even comes home with a smile on his face (which has been unheard of for us).

The new school is much smaller, much friendlier.  They have chickens and budgies and fish.  They have room to run around, and a special room for kids like my son to be able to get away from it all when things get a bit too much.

But, like all ASD kids, no matter how good a school and teacher is – he is always going to have tough days.

Yesterday it was paragraphs…..

‘Mum, when am I EVER going to use paragraphs?’

He loves to write, and I love reading his stories.  But he gets so caught up in what he is doing, he doesn’t listen to the instructions. He wrote a five-page story with no paragraphs. So last night he had to re-write his story using them.

Last night we did some reading and gentle explaining of how paragraphs work.  My husband also went up this morning and spoke to his teacher (did I tell you she was wonderful?) so we can work together on a plan at home.

I don’t know what today will hold.  You never know….  You just hope he gets through it and hopefully learns a little something each day.

Fingers crossed he has a better day today, and can home smiling! 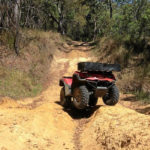 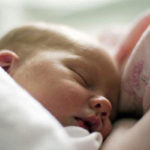 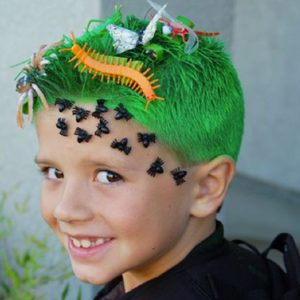 Boys with short hair can have just as much fun with Looking After The Nutritional Needs Of Busy

Constantly on the go, toddlers are full of energy working out