Are you worried about your preschoolers speech? Have you noticed your child repeating a word at the beginning of a question (for example, “Can-can-can I have one?”), using “um” frequently, making painful faces while speaking, or stumbling over their words when they get excited?

If your 3-4 year old appears to be having difficulty getting their words out, how concerned should you be, and how can you help?

How Do You Know if Your Child Has a Stuttering Problem?

Stuttering is a common developmental disorder, and occurs in about 1% of the overall population, while between 5% and 15% of children stutter at some point in childhood.

The average person will occasionally experience interruptions in the flow of speech, during high-pressure situations like speaking in front of a crowd.

Often people who stutter also have visual markers, called struggle behaviors, which include making facial grimaces or blinking repeatedly. Struggle behaviours can show that a person is anticipating a stutter and is trying to force the words out.

Stuttering in children often starts during the preschool years, often at 3-4 years. This is when children are starting to combine words and make longer sentences.

Stuttering can start suddenly – for example, a child might wake up one day with a stutter. It can also build up over time.

Stuttering can run in families. If a parent or relative (e.g. uncle, sister) stutters, your child has a higher chance of stuttering than someone whose parents or relatives do not.

According to The Sydney Children’s Hospitals Network, the exact cause of stuttering is not known. It is thought that stuttering may be related to brain activity that underlies speech production.

It is NOT caused by, low intelligence, emotional problems, parenting style and personality type. Anxiety and stress do not cause stuttering but can make stuttering worse (i.e. a child may stutter more when they are anxious).

A child who is already stuttering may stutter more when they are: excited, tired, nervous, arguing, given limited time to speak, competing to be heard, or using complicated language.

How Can You Help Your Child at Home When Stuttering Develops?

The Sydney Children’s Hospitals Network shares how stuttering treatment aims to train a child to speak fluently and with confidence. Types of treatment vary according to the age of the child and the severity of their stutter.

The best practice treatment for pre-school children who stutter is called the Lidcombe Program.

This program is a behaviourally-based intervention that trains parents/caregiver to treat stuttering at home. The children attend therapy once a week, and then practice daily speech tasks at home with their parents.

How Do You Know When It’s Time to Consult a Professional?

Researchers and speech pathologists at the Australian Stuttering Research Centre recommend that early intervention for stuttering should start as soon as the speech pathologist and parent agree that the child will be able to comply with treatment demands.

UTS says research has shown pre-school age children can receive negative reactions from other children about their stuttering, which can lead to the subsequent development of social anxiety. It is now known that children who stutter are at risk of feeling anxious about talking in social situations when they are as young as 7 years.

Keep an eye out for struggle behaviours, monitor for signs of frustration, and contact a speech/language pathologist who can help address your concerns and help your child on a one-on-one basis.

What not to do!

NEVER draw attention to your child’s speech in front of others or put him or her in situations where speech is on display.

Does Stuttering Go Away?

Some children will grow out of stuttering on their own, but there’s currently no way to know which children will do this. It’s always best to consult a speech pathologist rather than to assume your child’s stuttering will go away by itself. 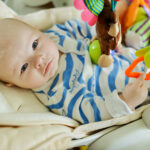 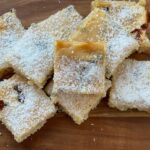