Almost all of us have different types of moles. Moles are not normally present at birth, but appear in childhood and early teenage years. By the age of 15 Australian children have an average of more than 50 moles.

All Australians should become familiar with their skin. Check all of your skin, not just sun-exposed areas. If you notice anything unusual, including any change in shape, colour or size of a spot, visit your doctor as soon as possible.

If you have a great number of freckles or moles, you are at higher risk of skin cancer.

Moles or freckles that grow, change shape or colour, bleed or ulcerate, or any new spots that appear, should be treated with suspicion.

Sunspots are a warning sign that you are prone to skin cancer. They appear on areas of skin most often exposed to the sun, like hands and face. Sunspots are most commonly found in people over 40 years of age. Sunspots appear as red, flattish scaling dry skin that may sting if scratched.

An acrochordon, also known as a skin tag, is a small benign tumour that forms primarily in areas where the skin forms creases, such as the neck, armpit and groin. They may also occur on the face, usually on the eyelids.

Skin tags are harmless and typically painless, and do not grow or change over time and are typically the size of a grain of rice. The surface of a skin tag may be smooth or irregular in appearance and is often raised from the surface of the skin on a fleshy stalk called a penduncle.

It is believed that skin tags occur from skin rubbing up against skin, since they are so often found in skin creases and folds. They also are more common in women than men, and especially during pregnancy.

Melanoma is the seventh most common cause of cancer death in Australia. Many melanomas are discovered by people themselves or by a family member.

Melanoma risk increases with exposure to UV radiation, particularly with episodes of sunburn (especially during childhood).

Melanoma risk is increased for people who have:

Tips for checking your own skin

Become familiar with the look of your skin, so you pick up any changes that might suggest a skin cancer.

If you notice any changes consult your doctor. Your doctor may perform a biopsy (remove a small sample of tissue for examination under a microscope) or refer you to a specialist if he/she suspects a skin cancer.

Krissy Hacker is a wife and SAHM of 2, expecting a 3rd whose arrival is eagerly awaited so she can return to drinking wine and have a husband who speaks to her again. A mad gardening, crafting and baking lady, she loves reviving old school ways of doing things and would do anything to get out of housework! Ideas For A Girls Night… 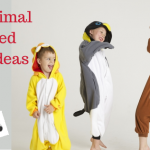