My eldest daughter was three months old when the mindless late night TV show that was on was interrupted.

She was lying on my lap asleep after a feed and I was too tired to move her into her cot. There it was; the news. My attention was taken from tiny fingers curled around mine as the TV showed, almost like the scene of a movie, smoke billowing from one of the Twin Tower buildings in New York City. Details were vague, but it looked like a plane had crashed into the tower, what appeared to be an accident. But moments after 11pm, the second tower was hit by a plane.

The report: America was under attack.  Time unfolded more details; four passenger airlines had been hijacked by terrorists and two had been flown into the Twin Towers.

The planes ploughed into the buildings two thirds of the way up; making the hard structure look like sponge cake. The images playing out before our eyes-  the smoke, the falling bodies, the shaking cameras, the screams- all shocking and haunting and they continue to be so 14 years on. We are so geographically removed from the events of that day, but something had changed. We were no longer safe; seeing the terror on the screen made me feel small and unprotected from anything. I looked at my daughter- she was now in this world too. I had a sense of fear like I hadn’t had before.

Humanity had been hit. How was I to protect her from this; from the evil of the world? There were thousands of people who lost their lives that day, many were parents who would have kissed their children good bye in the morning before they went to work.

I look at my daughter now. She is slightly taller than me and probably physically stronger. But she is still young. I still want to protect her from what the world can be. When we reflect on the events of 17 years ago, let’s remember all those children whose parents did not get to see them grow taller than them, who are not here to protect them from whatever may come.

Because for them, those images were real. And their children’s loss is real.

Here are 25 images from 9/11 that forever changed the world. 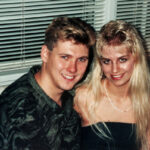 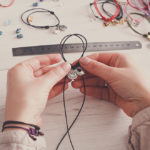 96 Business Ideas You Could…