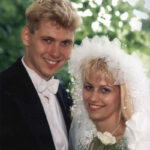 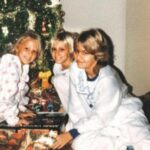 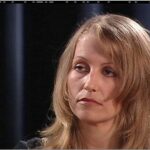 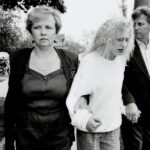 The Barbie and Ken Killers terrorised women in Canada, killing three and raping numerous others…..

What is shocking is that half of the Barbie and Ken Killers, Karla Holmolka, is FREE and living in Canada with her husband and her three children.  A serial killer in suburbia. Labelled the Barbie and Ken killers due to their physical likeness with the famous blonde dolls, Canadian couple Homolka and Bernardo were nowhere near as sweet and innocent as their nicknames suggest. The irony lies in the disparity between their honest and attractive facades and those utterly depraved actions that they were capable of. They were nothing less than evil and their inconceivable actions still to this day reverberate through the community they terrorized. The Early Lives of the Barbie & Ken Killers

Born to Dorothy and Karel Homolka on May 4, 1970, Karla Homolka was the oldest of three children and enjoyed a normal childhood with a loving and warm family and friends. After school, she developed an interest in animals and started to work at a veterinary clinic.

At age 17, Homolka met Bernardo at a Pet Convention in Toronto, and they immediately began a sexual relationship. Over the next few years, Homolka became obsessed with complying with Barnardo’s sexual fantasies. During this time, Bernardo would attack women coming off buses and, with Homolka’s approval, violently rape them (but never kill them).

Never caught, he was dubbed the Scarborough Rapist. The Victims of Bernardo and Holmolka

Barnardo was disappointed that Homolka was not a virgin when they met, so Homolka offered her virginal younger sister Tammy to fulfil his desires. To enact his fantasy, Homolka stole animal anaesthetic, Halothane, from the vet clinic she worked. After spiking Tammy’s drinks with Halcyon at a family Christmas Party on December 23, 1990, the couple placed a cloth soaked in Halothane over Tammy’s mouth and raped her in the basement of the family home.

While Tammy was unconscious, she choked on her vomit and died. No traces of the drug were found in Tammy’s body and, therefore, the crime was ruled as accidental. With Tammy Holmolka now dead, Bernardo’s desire for young virgins escalated. Homolka responded to his needs by continuing to lure, torture, rape and video tape victims for days on end with three known cases ending in death of the victim including Tammy Homolka, Leslie Mahaffy and Kristen French (and dismembering & disposal of bodies). The suspicion remains about other possible victims or intended victims of the couple, still unable to be proved including the death of Elizabeth Bain and The January Girl.

Some believe that Homolka was, in fact, the killer as, prior to Homolka’s involvement in the crimes; Bernardo had not killed his rape victims. Homolka pleaded that she was abused by Bernardo and was an unwilling accomplice to the murders. She struck a deal “a deal with the devil” – receiving a reduced prison sentence of 12 years. She was released in 2005, remarried, and now lives as a free woman with her three children in Quebec.

Police Made A Deal with the Devil

The “deal with the devil” was coined by the media as such because videotapes of the crimes that surfaced too late revealed she was, in fact, a willing participant in the crimes. Video tapes surfaced after the plea bargain had been made. Without Homolka’s evidence, Bernardo could not be convicted. According to Crown Prosecutor, the plea bargain was the “lesser of two evils”. The public was incensed with the news that the video tapes could not be accepted as evidence. The tapes apparently show Homolka sexually assaulting four females and having sex with a female prostitute in Atlantic City as well as drugging a victim.

Before her sentence, Homolka was evaluated by a psychiatrist as something of a “diagnostic mystery”. “Despite her ability to present herself very well, there is a moral vacuity in her which is difficult, if not impossible, to explain.”

How did Homolka’s Mother Cope?

As one would expect, Homolka’s mother suffered many mental hardships as the truth of her family tragedies unfolded in such a public way. Firstly, she endured the pain of the apparent accidental death of her youngest daughter, Tammy, followed by the shocking discovery that her eldest daughter played a role in her death.

How could a mother, with a seemingly fairytale family life, from very religious roots, then also come to terms with the criminal activity of her mentally depraved daughter and the killing spree she unleashed with her “Ken Doll” husband, Bernardo. The guilt of the suffering her daughter had inflicted on so many, including that of her flesh and blood, must imprison and quash her chance of any happiness every day. The lives of Homolka’s other victims’ families themselves would endure this same relentless pain. Homolka had a darling, sweet family and came from a loving home full of hope and opportunity. Her case is, therefore, a good case in point for the nature versus nurture debate and that in her case “nature” has a stronghold over “nurture”.

Homolka was an attractive, intelligent, young woman, with the world at her feet. Like our daughters today, she too probably played with Barbie dolls. One can only imagine what kind of games she devised during play time with her Barbie dolls. Perhaps observing her closely as a child may have provided some clue to the criminal mind that was growing behind her pretty face. Would a mother know?

Never judge a book by its cover. It really is what is on the inside that counts. Where are they now?

Paul Bernardo is still in prison.  His second bid for parole was held in June 2021 and he was denied release.  It is highly unlikely that Paul Bernardo will ever granted parole as he is at high risk to re-offend if released.

Paul Bernardo is imprisoned at Millhavent Institution in Ontario. Karla Homolka, has changed her name to Leanne Teale and is now married with three children, and living in Quebec. She married the brother of her lawyer, Thierry Bordelais.

She made the news in 2016 when it was found she was volunteering at her children’s school.  She was swiftly removed from the school and is banned from being on school property. What can you say about the life and crimes of The Barbie and Ken Killers? WEST AUSTRALIAN, Lisa O, is the very grateful mother of three delicious, healthy and happy children Ava (7), Lachlan (5) and Mitchell (2) and wife o...Read Moref the equally edible and vital, Richard (42). Her days are spent preparing meals, cleaning, taxiing, school mummying and emotionally stabilizing all family members (including three guinea pigs) whilst herself recovering from an entire night spent wedged at the foot of a queen-sized bed designed for couples, yet strangely filled with small people chasing her body heat, whilst her husband soundly sleeps in his choice of the many abandoned puffy-pillowed single beds in their home. Read Less How to Make Homemade Cake… Unlocking the Evil in Dante Arthurs: The

The Brutal Murder of Sofia Rodriguez at Livingston Marketplace, Canningvale When