A Queensland school will now allow twin boys, one of whom has Down Syndrome, to remain together after the state’s Department of Education intervened.

Peak Crossing State School in Ipswich had come under fire when mum Ruth Christodoulou claimed the principal told her that her five-year-old son Nixon who started kindergarten with his twin brother Bentley could no longer be taught at the school.

Ruth said that Nixon, who was born premature at six months, had already made friends and had improved motor skills and speech since beginning at the school.

She claimed the principal and staff “bullied” her into taking Nixon out of the school and enrolling him in a special school, separating him from his twin.

“A school that had given the indication that they will do what it takes to support him now have advised they can no longer and special school is the only option. They have pressured, and even bullied, to push me to special school,” she told The Queensland Times.

“When Nixon was born our belief was he was to have all the opportunities he can to have a full life.

“Nixon has attended state school, been embraced by classmates, parents and staff. His speech has improved, he now plays happily with others and his motor skills improve each day.

“Within the first week I started getting pressure from the principal to look into special school,” she said.

When she expressed her disappointment to the school principal, Judd Mackie, last Friday, she told him that she would take the matter further.

All parents then received a text advising Mr Mackie would be taking immediate leave from the school and wouldn’t return until term 3.

“I think he’s running from a lot of issues,” Ruth told the Queensland Times.

However, after meetings with school leaders and the Queensland Department of Education, Ruth has been told her twin boys can now stay together.

She said that the department’s representatives have met with her yesterday afternoon and have promised that the school will apply for funding so Nixon can remain with his brother. 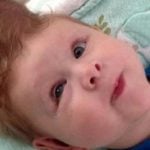 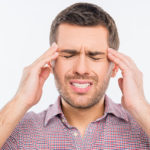