A miracle baby born with a rare condition that means he is missing most of his skull defied both the odds and doctor’s expectations in celebrating his second birthday.

Little Jaxon Buell was diagnosed with anencephaly, a serious brain malformation, during an ultrasound and was not expected to survive for long after his birth. In fact, his chance for survival was so low that doctors adviced his parents to consider abortion.

However, for Brandon and Brittany Buell, the decision was straightforward enough. They wanted to give Jaxon a taste of life, whatever that would mean for him. Now they’re celebrating their dedication in supporting Jaxon, as well as his own will to live, as the youngster celebrated his second birthday. On Facebook his proud parents had this to say:

“Two years ago today, Jaxon Emmett Buell was born and our lives changed forever. Although many gave up on him too soon and others told us we would not see this day, today we are celebrating Jaxon’s 2nd birthday!”

“Thank you to everyone who has followed Jaxon’s progress and story along this journey. We continue to hope and pray for many more milestones for Jaxon in the future. And, today, we celebrate!”

Although the Buell’s are thrilled that Jaxon has reached this amazing milestone, dad Brandon said that it wasn’t easy going for his son.

“He still has his struggles where he throws up, he still has several seizures several times a day, he’s still on the smaller side at 13 pounds but he’s certainly developing,” he said in an interview with Metro. Brandon was also quick to praise his wife Brittany, who he described as “amazing” and with “so much love and patience” in caring for Jaxon. “That’s truly one of the reasons why he is the way that he is because of the one on one interaction that she gives him as his mother. It’s made such a big difference in his life,” Brandon said.

“I don’t know if he would still be with us and certainly he would not be doing the things that he’s doing without her loving and nurturing as his mother.”

Brandon and Brittany continue to chart Jaxon’s journey on their Facebook page Jaxon Strong, which currently has almost 400,000 likes, as well as a dedicated website. They advocate for disabilities, work to fund neurological research, and celebrate their son’s milestones as he grows. 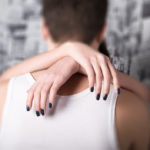 Teenage Boy Dies After Getting… 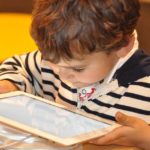 iPads Are As Good As…