A woman has shared her heartbreaking story after she suffered an ectopic pregnancy two years ago.

Kerri Stedman, 34, from the UK, was on cloud nine when she discovered she was pregnant in November 2015.

However, on December 9, she started bleeding and after two days, she had an ultrasound and was told the pregnancy was possibly ectopic.

Kerri was admitted to hospital and she collapsed and was rushed for an emergency surgery. Doctors saved her life, but not her baby. “Our baby died. I nearly died,” she wrote on a placard in a video she uploaded on Facebook.

Kerri uploaded the video in February 2 this year to spread awareness of the condition, detailing her story through the use of placards. “This is all we have left,” she added, before holding up a picture of an ultrasound scan.

She said she felt “numb” at the time, she says she felt guilty, sad, and angry at the time and the grief only hit later. She writes on her JustGiving page:

“In the space of a few hours we had not only lost our baby but we lost our future plans.

“I would never hear my baby cry, or see their first smile.”

As she struggled to deal with these emotions, Kerri said she felt alone. “There was nowhere to go for support. Just like there is no awareness. In memory of our baby, we want to change that,” she wrote.

Obstetrician and gynaecologist Dr Joseph Sgroi from RANZCOG, said that ectopic pregnancy accounts for 20 out of every 1000 pregnancies in Australia.

Now, to raise awareness and funds for ectopic pregnancy, Kerri is completing a 1000km challenge, which she plans to “walk/run” over a 12-month period.

Through this challenge, Kerri hopes she can turn her experience into “something positive”. “It might not help us, but if it prevents someone from feeling alone in the future I will be happier,” she said. 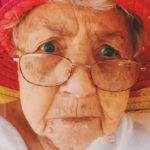 Are These Old Wives’ Tales… 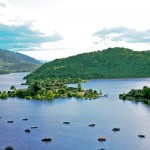 What would you do with the money?
Answered 22 minutes ago
I found my husbands secret instagram account.
Answered 14 hours ago
How common is circumcision these days?
Answered 18 hours ago
Mother inlaw why would she have done that?
Answered 19 hours ago