A Brisbane father has been charged for the murder of his four-year old intellectually disabled daughter.

Willow Dunn, aged 4 years from the suburb of Cannon Hill in Brisbane was found dead, rotting in her cot by Police on Monday.

The cause of Willow’s death has not yet been reported, however she had sores on her hip so deep her bones were visible, and it is believed the child was starved.  She also allegedly had burns to her scalp. The little girl was found in the back bedroom of the rented premises where she had been laying there deceased for up to four days.

Also living at the home was the child’s step-mother and Willow’s step-sister, at this stage there is no reported wrong-doing on their behalf and they have no pending charges against them.

The girl’s father, Mark Dunn, 43 has been charged with her murder and is accused of failing to seek medical help after the girl’s death.  He did not attend Brisbane Magistrates Court on Tuesday but has been remanded in custody to reappear in court later this year. 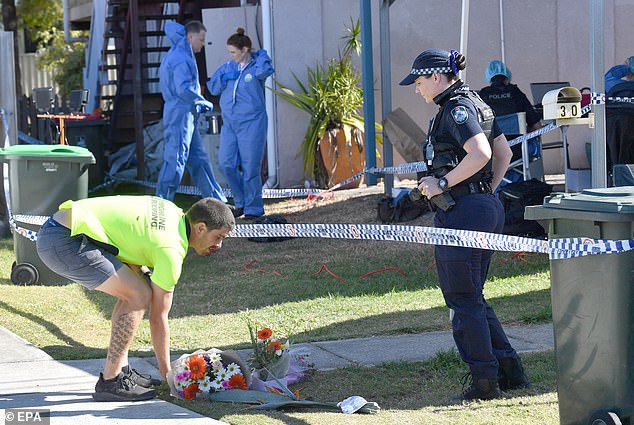 Image via The Daily Mail UK

The little girl with Down Syndrome was being denied necessary medication.  Her father had primary care of the child. The child’s mother died from complications during childbirth.

Shocked Cannon Hill neighbours began laying flowers on the footpath of the property after hearing of the toddlers death.  They reported that the family had lived there for a year, but they had never seen the young girl at the home.

Reports via The Australia say that the little girl’s face had been chewed by rats and that when ambulance workers attended the Cannon Hill address, New Zealand born Dunn said to them ‘I’m in trouble, aren’t I’.

Mark Dunn is charged under the new child killer laws in Queensland which define ‘indifference to human life’ as murder.

We will keep you updated on the case.