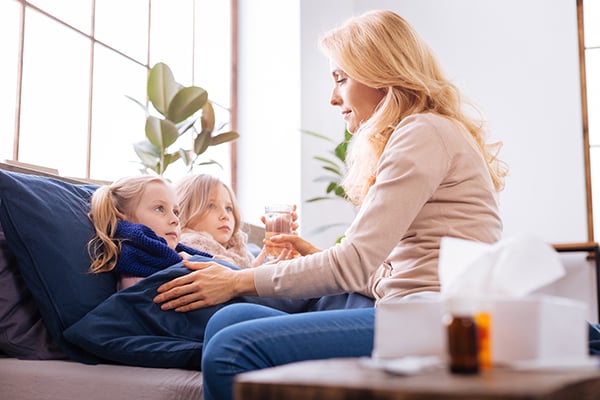 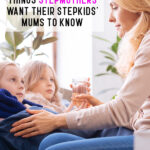 Being a stepmother is one of the most difficult things you can ever navigate in life if you have to deal with an ex-wife who seems to be hostile to you from the very beginning.

I’ve been a stepmother for more than a decade, and in that time, I have also been involved in a support group for people in stepfamily situations.

One of the themes that often emerges, from stories told by biological mothers and stepmothers alike, is that divorced mothers approach the news that there is now a stepmother (new girlfriend, new wife, etc) in their child’s life with preconceived ideas about what sort of person she will be and what her motivations are towards the child.

This creates a terrible dynamic from the very beginning and makes it extremely difficult for the biological mother and stepmother to have a positive relationship where they work together for the best outcomes of the child. These misunderstandings from the early days can permeate the relationship for years, often rendering it completely unworkable.

I do believe, though, that many of these awful stalemates could potentially be avoided if both sides of the fence knew where the other one is coming from. So if you’re an ex-wife/first-wife/biological mum/baby mamma, here are some of the things the new woman in your ex’s life wants you to know:

The decision to move in with a man who has kids – even if he only has them every other weekend – is a huge one. Whether the woman was previously single with no kids of her own, or is divorced and comes with a whole tribe of children, there are lots of factors she needs to carefully weigh up before taking the plunge.

If she doesn’t have children of her own, it will be a huge adjustment for her having them live in her home. She’ll have a lot to navigate, and will learn a lot on the way.

Some will grow to love their stepchildren, and some won’t. Just like you can’t force your children to love a stepmother, you actually can’t force a woman to love someone else’s children. It is a myth that all women are hard-wired with maternal instincts that make them love all the children in the world, and unrealistic to expect love to manifest itself out of thin air.

The stepmother in your child’s life will often be playing a supporting role in raising the children in her household. Too often, actually, fathers will place all the burden and responsibility of the children on her shoulders which is a source of angst for stepmothers and biological mothers alike.

Sometimes, biological mothers feel like stepmothers deliberately try to make them feel bad or look like they are a crappy parent.

Her priority is her relationship with your ex, and her own family, which now includes her stepchildren. If she does something nice for your children, she does it because she wants to, or because she’s doing her partner a favour. She’s not doing it to spite you.

If she’s supporting her husband in his parenting style, she’s doing it because those are the rules and expectations in her household. You might have a different approach to things, just like you probably have a different approach to many of your own friends and family. It doesn’t make you right. It doesn’t make you wrong either. It’s not a conspiracy to go against your wishes. You just don’t get to set the rules in her house, just like she can’t set the rules in yours.

In fact, there are times she might actually agree with you and your perspective and potentially be an ally – but you’ll never know if you don’t take the opportunity to get to know her and build a good relationship with her.

Stepmothers aren’t looking to replace you as their stepchild’s mother. They know the kid has a mother and father already. Often, they see themselves in a supporting role, like an aunt or close friend. But they are left to do a whole heap of child-raising, and even society at large expects it of them.

Despite this, they have absolutely no legal rights with their stepchild. They can’t sign permission notes, talk about medical information with a doctor or make decisions about education, even if they are the one helping with homework and making sure kids take their medicine.

Society views stepmothers negatively, so if they dare voice their issues over any of this, they look like they are reinforcing the “evil stepmother” stereotype. And unless their friends and families have been in similar situations, they often feel isolated, and have nobody to share their problems with.

4. They find you to be disruptive when you call their house.

You miss your kids when they are with their dad, and you might call at designated times so you can keep in touch. Stepmothers understand this.

But when you call constantly outside set times, or to talk to your ex, they can feel like you are intruding.

Your calls interrupt whatever is going on in the house. That could be a family activity where they are attempting to bond with the kids. It could be dinner. It could be the bedtime routine. Or you might even have interrupted alone time for the stepmother and your ex. This builds resentment as it feels like you are always there, creeping in to every aspect of their lives.

If it’s not too late for you both, I would urge you to talk about boundaries. What do you expect from her? What does she think the role is? Most stepmothers don’t even know what their role is exactly, they’re new to this and approaching it blindly. They don’t actively seek to piss you off, but every now and then, they might do something you feel is out of bounds. If you can have mature discussions about it, you can work this out as you go along.

Unfortunately, many stepmothers have their first encounter with the biological mother when the shit hits the fan over something or other. They’ll get an angry phone call, email, text or even experience the mother showing up at the house to start a blue as she’s told she’s done something that “wasn’t her place”. A mature, rational discussion can clear a lot of this stuff up before it becomes a problem. 6. Your kids probably disrespect or ignore her.

Yep, your kids might not be little angels. No mother likes hearing that their kids have been bratty to another person, and if it’s a stepmother saying it to a biological mother, they can take it as an attack. Especially if the behaviour being complained about isn’t happening in their household.

Children treat step parents poorly for a number of reasons, including jealousy and acting out because of the divorce, and having a loyalty conflict to their biological mum.

If the stepmother has been trying her hardest to bond with your kids and they treat her like crap, it can be like a slap in the face. Especially if it happens again and again. She might even suspect you put them up to this behaviour, even if you didn’t.

If a bio mum’s kids misbehave, break things, throw tantrums and cause merry hell, she can often fall back on a little thing called “unconditional love” to get her through. Stepmums on the other hand, don’t have unconditional love to help them tolerate a kid’s shitty behaviour.

The bottom line is, you’re both women with a unique role in the life of the children created with your ex, both probably trying to do the best that you can. Some stepmothers might act badly, deliberately, creating a competition with the ex-wife, just the same as some mothers do the same thing.

Her role is extremely different to yours, and it is a complicated and confusing one for many women. It can be one of the most thankless roles a human being can undertake in their life.

Can you imagine if the shoe was on the other foot and how you would cope if you were in her place? 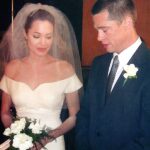 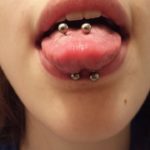 Piercings That Are All Sorts…