How nice would it be if things just ‘worked out’ for you? No hassles, no stress, no setbacks. It happened for these people.  10 of the luckiest people in the world!

No doubt if you had something even small happen in your life you find a fifty-cent piece on the footpath, just miss stepping on that shard of broken glass even, you would think “I sure am one lucky person!’. These things don’t just happen to anyone right? It’s because lady luck is sitting right in my hip pocket. Awww yeah.

Nice work, really, but I think the following people actually have lady luck as their Bestie.

Let’s take Bill Morgan for example. In 1999, Bill was a humble truck driver like a lot of us living pay to pay, a caravan as his home. Things took a grim turn for Bill who was involved in a terrible truck accident and from this event, developed a heart condition. Suffering an allergic reaction the the drug prescribed to treat this condition, Bill’s heart stopped for 14 minutes. He was eventually revived he remained in a coma for 12 days where his family were advised to take him off life support. Hmmmm”not too lucky you say. Stick with me, things are about to heat up for Billy Boy.

Bill woke up from the coma and recovered fully from that incident. With a bit of soul searching, he decided to start living (literally and figuratively). He got a new job and proposed to his girlfriend who said ‘Yes’. Woohoo go Bill. Although that’s fabulous it doesn’t end there. To celebrate how wonderful his new life was looking Bill bought himself a ‘scratchie’ ticket. Low and behold he wins a new car! The local television news thought it would be a fabulous heart warming story to share with others, so they all traipsed down to the local newsagent where the lucky scratchie was bought from and asked Bill to re-enact his win.

So, Bill buys another scratchie, with the film crew recording his acting, scratches away. A gobsmacked Bill turns to the crew and says ‘I’ve just won $250,000!’. Sure enough, the ticket he just purchased was a winner a $250,000 winner.

When the storm clouds start rolling in around the South Carolina area, make sure you are NOWHERE near Melvyn Roberts. Melvyn has been struck by lightening 11 times in the last 12 years. It seems it doesn’t really matter the weather, or location, the lightening seems to be drawn to him, in sunshine, rain, on the mower or standing on an undercover porch. With injuries and hospital records to back up his claim, Roberts also has a collection of watches that don’t work. Why? That would be because he was wearing each one at the time of being struck, so they remain a record of the time the world shook for Melvyn and lightening cursed through his body. Unlucky some may say (undeniable) but with luck on his side he is still alive to tell his story.

Maarten de Jonge travels the world competing as a cyclist. He also has side-stepped death twice in a 12 month period. In July 2014, Maarten was booked to fly on the Malaysian Airline flight MH17. He changed his travel plans at the last moment and never boarded this flight. This plane was shot out of the sky and crashed in Ukraine. There were no survivors. In March the next year Maarten again was to board another Malaysian Airlines flight, but again had to change his itinery at the last moment. This flight was MH370 which went missing presumably over the Indian Ocean. This plane and all of those aboard have never been seen again. I don’t think I’d be making any travel plans with Maarten at all!

Skydiving is not for the faint hearted. If you’re anything like me heights of any kind scare the begeezus out of me! Michael Holmes is not like me. This guy enjoyed skydiving with around 7000 jumps under his belt. When he made another run of the mill routine jump over Lake Taupo in New Zealand, things didn’t go to plan”¦like – at all!! At 4000 feet Michael pulled the cord to his main parachute which didn’t fully open. Spiralling towrads the earth at a great speed Michael then tries to release his reserve chute.

No luck. In the footage from his helmet cam on that day you see Michael waving goodbye as the earth rushes up to meet him. A heavy thud ends the video as he his the ground. Miraculously Michael survived and although suffering a punctured lung and broken ankle I would say this definitely is one lucky man!

It was 1990, in Spain. The Formula One race was running on the Jerez circuit. Michael Donnely was competing for the winning title. Racing in his Lotus 102, Michael lost control and careered into the barrier at 225 kilometres an hour, his Lotus exploding into pieces. Donnelly still strapped to his seat was thrown from the vehicle across the track. He survived. With injuries including bruising on his lungs and brain from the violent impact which cracked his helmet, as well as severe breaks to both legs and blood loss. While recovering he suffered kidney failure and was on dialysis for weeks. After intensive care and a considerable recovery period, Donnelly’s only sign that this shocking event happened is a slight limp when he walks.

The Empire State Building in New York City in 1945 was the tallest building in the world. In 1945, a B-25 bomber also crashed into it. It was a violent impact killing many and leaving a path of destruction. On the 80th floor, just a floor below where the impact was made, Betty Lou Oliver suffered serious burns as a result of this accident. Rescue workers were able to place her in the elevator to send her down to the ambulances that were waiting at ground level. No one had any idea that the elevator cables were so damaged. They snapped sending Betty Lou on a 75 floor terrifying free fall to the basement of the building. Betty Lou survived. Twice in one day she stared death in the face and won.

Rio de Janeiro. Eduardo Leite is working on a construction site. The day is going swimmingly. That is until he found himself with a 1.8m metal rod through his head. The rod had fallen from the fifth floor building he was working on, piercing his hard hat. It entered through the back of his skull and then broke through and exited between his eyes.

Arriving conscious at the hospital Eduardo was able to tell the doctors what had happened himself. A five-hour surgery ensued to remove the bar. Eduardo escaped becoming paralysed on the left hand side of his body and losing an eye by just centimetres.

Eduardo survived this horrific incident that has parallels to a Vermont railway worker. Phineas Gage who in 1848 accidentally detonated blasting powder while preparing the roadbed for the railway. The explosion blew a rod over a metre long and 5cm in diameter through his skull via his left cheek, behind his left eye and through the top of his head. He too was able to walk and talk almost immediately after the accident despite the first physician actually being able to see his pulsating brain. Ewww ewwww!!!!

It must be horrifying knowing that there were people who want to kill you! Well Fidel Castro had many that did and on many occasions including the CIA. He survived a former lover who was hired to kill him with poison pills, but they melted in her cold cream jar. Comic yes effective no. An exploding cigar that was given to Fidel failed to blow up was another seemingly comical failed attempt on his life. The list is incredible with 638 failed assassination attempts in which many read like a spoof Bond movie. I guess they really didn’t like you did they Fidel?

Two brothers Meng Xiachen and Meng Xianyou were stranded below ground without food or water when the illegal mine they were working on collapsed. Rescuers gave up trying to find them after a day. Officials said at the time that rescue work was halted after experts determined there was no way that the brothers could have survived. The determined brothers dug through 20 meters of coal and rocks with a pick and their hands. In their efforts to survive they ate coal and drank urine as they had no food or water. It took almost six days but they managed to break the surface. They survived with kidney damage from lack of water but no other injuries.

During World War II a 29yr old engineer named Tsutomu Yamaguchi made his mark as one extremly lucky person. On August 6 1945, Tsutomu was in Hiroshima on business. He was just less than two miles away from ground zero when the US dropped the first atomic bomb. This blast killed 80000 people but Tsutomu survived with ruptured ear drums and a burned upper torso.

After receiving treatment, he returned to his hometown Nagasaki and reported for the next morning on the 9th August at 9am. At 11am the US dropped the second atomic bomb on Nagaskai. Tsutomu excaped this bombing with no further injuries. Tsutomu Yamaguchi passed away in 2010 aged 93.

How would you like to be one of the luckiest people in the world? 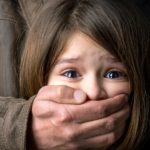 Why I Scare My Kids… 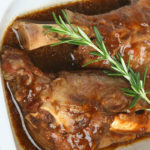