Out of ideas on what to watch for movie night?

They never get old. They soothe us when we are feeling low, and are great to show the kids.

The story of Michael Oher, a homeless and traumatised boy who became an All-American football player and first round NFL draft pick with the help of a caring woman and her family.

Spending the summer in a holiday camp with her family, Frances “Baby” Houseman falls in love with the camp’s dance instructor Johnny Castle.

A man in a legal but hurtful business needs an escort for some social events, and hires a beautiful prostitute he meets… only to fall in love.

After inadvertently wreaking havoc on the elf community due to his ungainly size, a man raised as an elf at the North Pole is sent to the U.S. in search of his true identity.

In a world divided by factions based on virtues, Tris learns she’s Divergent and won’t fit in. When she discovers a plot to destroy Divergents, Tris and the mysterious Four must find out what makes Divergents dangerous before it’s too late.

A gentle man, with scissors for hands, is brought into a new community after living in isolation.

A family learns important life lessons from their adorable, but naughty and neurotic dog.

An aspiring author during the civil rights movement of the 1960s decides to write a book detailing the African-American maids’ point of view on the white families for which they work, and the hardships they go through on a daily basis.

Katniss Everdeen voluntarily takes her younger sister’s place in the Hunger Games, a televised fight to the death in which two teenagers from each of the twelve Districts of Panem are chosen at random to compete.

A 13-year-old girl plays a game on her13th birthday and wakes up the next day as a 30-year-old woman.

Good girl Sandy and greaser Danny fell in love over the summer. But when they unexpectedly discover they’re now in the same high school, will they be able to rekindle their romance?

When a blonde sorority queen is dumped by her boyfriend, she decides to follow him to law school to get him back and, once there, learns she has more legal savvy than she ever imagined.

A 17-year-old aristocrat falls in love with a kind, but poor artist aboard the luxurious, ill-fated R.M.S. Titanic.

Forrest Gump, while not intelligent, has accidentally been present at many historic moments, but his true love, Jenny Curran, eludes him.

Two imprisoned men bond over a number of years, finding solace and eventual redemption through acts of common decency.

The lives of guards on Death Row are affected by one of their charges: a black man accused of child murder and rape, yet who has a mysterious gift.

In the distant future, a small waste-collecting robot inadvertently embarks on a space journey that will ultimately decide the fate of mankind.

A couple of recently deceased ghosts contract the services of a “bio-exorcist” in order to remove the obnoxious new owners of their house.

A rich high school student tries to boost a new pupil’s popularity, but reckons without affairs of the heart getting in the way.

A teenage girl risks everything when she falls in love with a vampire.

A veteran pot dealer creates a fake family as part of his plan to move a huge shipment of weed into the U.S. from Mexico.

A young Greek woman falls in love with a non-Greek man and struggles to get her family to accept him while she comes to terms with her heritage and cultural identity.

A princess, who is prepared to be wed, is sent away to New York by an evil queen, where she falls in love with a lawyer.

A poor and passionate young man falls in love with a rich young woman and gives her a sense of freedom. They soon are separated by their social differences.

With his oldest daughter’s wedding approaching, a father finds himself reluctant to let go.

After a bitter divorce, an actor disguises himself as a female housekeeper to spend time with his children held in custody by his former wife.

Benjamin Barry is an advertising executive and ladies’ man who, to win a big campaign, bets that he can make a woman fall in love with him in 10 days. Andie Anderson covers the “How To” beat for Composure magazine and is assigned to write an article on “How to Lose a Guy in 10 days.” They meet in a bar shortly after the bet is made.

Following the Normandy Landings, a group of U.S. soldiers go behind enemy lines to retrieve a paratrooper whose brothers have been killed in action.

A young girl, on the threshold of her teen years, finds her life turning upside down, when she is accompanied by an unlikely friend.

Anna Fitzgerald looks to earn medical emancipation from her parents who until now have relied on their youngest child to help their leukemia-stricken daughter, Kate remain alive.

Competition between the maid of honour and a bridesmaid, over who is the bride’s best friend, threatens to upend the life of an out-of-work pastry chef.

Set during World War II, a story seen through the innocent eyes of Bruno, the eight-year-old son of the commandant at a concentration camp, whose forbidden friendship with a Jewish boy on the other side of the camp fence has startling and unexpected consequences.

An introvert freshman is taken under the wings of two seniors who welcome him to the real world.

Rescued from the outrageous neglect of his aunt and uncle, a young boy with a great destiny proves his worth while attending Hogwarts School of Witchcraft and Wizardry.

The “real” story of Cinderella. A refreshing new take on the classic fairy tale.

A pair of underachieving cops are sent back to a local high school to blend in and bring down a synthetic drug ring.

In order to save their home from foreclosure, a group of misfits set out to find a pirate’s ancient treasure.

A wrongfully convicted boy is sent to a brutal desert detention camp where he joins the job of digging holes for some mysterious reason.

A woman leaves an Austrian convent to become a governess to the children of a Naval officer widower.

When his secret bride is executed for assaulting an English soldier who tried to rape her, William Wallace begins a revolt and leads Scottish warriors against the cruel English tyrant who rules Scotland with an iron fist.

While home sick in bed, a young boy’s grandfather reads him a story called The Princess Bride.

A smart but sensible new graduate lands a job as an assistant to Miranda Priestly, the demanding editor-in-chief of a high fashion magazine.

A city teenager moves to a small town where rock music and dancing have been banned, and his rebellious spirit shakes up the populace.

Bill and Jo Harding, advanced storm chasers on the brink of divorce, must join together to create an advanced weather alert system by putting themselves in the cross-hairs of extremely violent tornadoes.

After moving to a new town, two brothers are convinced that the area is frequented by vampires.

Julia Child’s story of her start in the cooking profession is intertwined with blogger Julie Powell’s 2002 challenge to cook all the recipes in Child’s first book.

A young woman with a Southern background runs away from her husband in Alabama and reinvents herself as a New York socialite.

Which of these movies have you already watched? 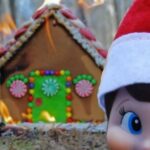 Lady Whistledown is back, and the stakes are higher than ever.