Dogs, cats and babies are naturally curious beings, and love nothing more than to spend their time exploring their homes and surrounds on the lookout for new things.

Often, the things that they find are plants.

Now, on the surface, the biggest issue with your pet or child pulling at your houseplants and trying to eat them is the mess they make. But there are other things to consider. Many common houseplants are actually toxic to pets and to children, and the plant itself needs to be carefully watched to make sure it isn’t getting eaten. We’ve put together a list of houseplants to keep an eye on, and who they’re putting at risk.

Pothos Ivy, sometimes referred to as Devil’s Ivy, is a popular indoor plant that is known for its gorgeous leaf colouring, its simple growing needs, and its ability to purify the air in a home. In small quantities, Pothos Ivy is only mildly harmful, particularly to people, but it causes a burning of the mouth, irritation of the skin, swelling in the lips, tongue and throat, and diarrhoea.

However, in animals, the response can be much worse, even fatal. Pets that eat Pothos Ivy may experience drooling, choking, swelling of the mouth and tongue, difficulty breathing and stomach upsets. If too much is consumed, it can lead to renal failure and death.

Another very common houseplant, the Snake Plant is sometimes referred to as Mother-In-Law’s Tongue, and is a very hardy variety that is difficult to kill. It often sits on the floor of people’s homes, making it very accessible, and is known for its sword-like leaves and leathery texture. In people, the toxicity level from consuming Snake Plant is pretty low. Generally, it produces short symptoms of mouth pain, salivation and some nausea. It has also been known to cause a skin reaction, but this is much rarer.

In animals, the Snake Plant can cause excessive salivation, pain, nausea, vomiting and diarrhoea.

Lilies find their way into many homes due to their beautiful flowers, but quite a few of them are toxic. Cats are more at risk of lily poisoning than dogs, so it’s worth keeping a close eye on where you put these plants in your home. Varieties that are particularly toxic include the Calla Lily (which can be fatal for children), Easter Lily, Rubrum Lily, Tiger Lily, Asian Lily and Day Lily. In people, lily toxicity presents with stomach problems, vomiting, headache, blurred vision and skin irritation.

In pets, but particularly cats, lily poisoning presents with vomiting, lethargy and lack of appetite. If not caught early enough and treated, this can lead to renal and liver failure, and ultimately, death.

Philodendron plants, and there are a number of varieties, are incredibly common houseplants because they look lovely and they’re really easy to grow. Philodendron grow both on and off vines, and that can make it difficult to keep out of reach of children and pets. In humans, even small children, the effect that ingesting Philodendron has on the system is mild. Usually, it includes skin reaction, swelling in the mouth and digestion upset. However, if a large amount is consumed, there have been some child fatalities.

In pets, the effect of the Philodendron is much more pronounced. Both dogs and cats have been known to present with spasms, pain, seizures, and swelling. Cats are particularly at risk.

Next Page: More Poisonous Houseplants That Could Endanger Your Pets And Children 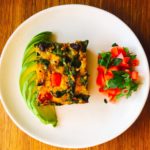 How to Make Mexican Fritatta I Got Thin By Taking…

Going grey at 31?
Answered 17 minutes ago
Does anyone have any experience with collagen supplements? Do they work and which ones do you use pls?
Asked 18 minutes ago
How did you choose a primary school for your kids? Did you go public or private and why?
Asked 19 minutes ago
Do you have breast implants? Would you get them? What are your experiences?
Asked 21 minutes ago