Is it true that women who stay together, menstruate together?

Or is the syncing up of menstrual cycles just an old wives tale? And if so why do women’s periods sync?

Growing up in a house with my Mum and two Sisters I can say period syncing is totally, 100% without a doubt, undeniably TRUE.

My Dad and Brothers would often refer to it as the “Week from Hell” and the fact that everybody came out alive that one week of every month can really only be described as a miracle.

A study in the 1970’s by psychologist Martha McClintock looked at the role of pheromones and how they might affect synchronicity of periods among women in close quarters.

McClintock’s study indicated that sweat contains two chemicals: one that lengthens menstrual cycles and one that shortens them.

Women (and men) secrete odourless molecules, called pheromones, in a manner as common as sweating. In fact, the sweat of many mammals contains pheromone chemicals.

The molecules from one woman bounce and jiggle their way airborne and waft to another. Receptors in the nose detect the pheromones and the second woman responds by shortening or lengthening her menstrual period. Gradually, over the course of a few months, the periods of all the women living together synchronise in this way.

Other studies have had mixed results…

Some have disproved the information from the 1970s study and others still have been inconsistent, with one grouping apparently demonstrating synchrony and another not, with no discernible explanation as to why.

From a totally different perspective, astrologers put it down to women aligning with other women who have similar stars in their charts for friendship which they say explains synchronicity as the menstrual cycle is affect by moon cycles and other zodiac signs.

Why do women’s periods sync?

While the topic is interesting and is worth further study, researchers still don’t know why some women respond and not others, and why women who do seem to synchronise don’t stay that way over a long stretch of time. This appears to be the best explanation for the phenomenon of period syncing. What seems most likely is that women don’t actually synchronise, but rather have the occasional synced period when their cycles’ lengths randomly overlap.

So to answer “why do women’s periods sync” the answer might be that they actually don’t at all.

For example, if you update your status to complain about PMS on Facebook and five friends comment that they’re about to start their period too and several other say they just started, it can seem like there’s something at work affecting all of you.

But if you complain the next month, some of the other PMSers may have already started, some who had already started last month may just be PMSing, some may not be having their period at all, and others may chime in who were unaffected last month. That’s not syncing, it’s basic probability with a bit of maths thrown in.

This applies to living together as well.

When you have several hundred women living together, of course some are going to start their periods at the same time. Perhaps you notice it more amongst your friends and relatives because you’re more likely to talk to them about it than someone you aren’t close with.

Don’t worry – we’ll still share the Panadol (and Chocolate), whether we’re synced up or not. 30 Hilarious Moments When the… Why Coding Is Important and… 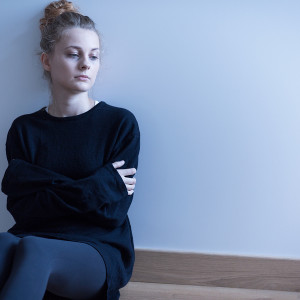