A Grandmother Demanded to be Paid for Looking After Grandchild

Australian parents are in a tight fix at the moment.  House rental prices have skyrocketed, homelessness is a real issue for many families. Gone are the days where one parent worked and the other stayed home to look after the children.

Now – both parents MUST work to make ends meet.

So childcare is essential. But again, childcare is expensive and the number of childcare placements are limited.  A recent story appeared on Reddit about a Grandmother who is self employed demanding that her daughter pays her for looking after her Grandchild.

The Story From the Grandmother:

“Of course I am open to spending time with my grandson, but I explained to her that I would like payment of $12/hour. She understood my need for payment but then lowballed me with requesting $10/hour because she claims that she cannot afford it even with her $22/hour job. I’m not a daycare, I have my own life, I work for myself.”

“I think my daughter should understand that I’d be giving up my time when I work from home, and if I’m going to be giving up that time then I need money to replace that time I’m giving up from my job. While I am working at home, I cannot simply work and watch her child at the same time. She says that it’s only 2-3 times a week since her husband’s parents are babysitting on the other remaining days while she works, and she’d be providing food.”

More Parents Are Relying on Grandparents Because Childcare Is Expensive

With rising costs of living and the difficulties in sourcing and affording daycare, more parents are turning to grandparents to help shoulder the burden of childminding while they work. According to The News Daily, childcare costs between 30 to 40% of the household income with Australia having some of the most expensive childcare in the world.

In 2020, National Seniors Australia reported that demand for publicly funded care at home in Australia was being filled by informal, unpaid care provided by grandparents. It is estimated that the unpaid time spent by grandparents on providing childcare is worth $4.4 billion per year, with over 26% of grandparents reporting caring for their grandchildren on a regular, ongoing basis weekly.

The Cost of Childcare in Australia

Before subsidies, the average daily cost of daycare in Australia is a little over $113 per day, per child. This number is subject to change depending on the area, with parents in parts of Sydney being forced to pay as much as $200 per day, per child. Spots are limited, with many parents putting their child on a waitlist as soon as they get confirmation from their Dr that they’re expecting. Providing consistent, ongoing care child care is a lot to ask of someone, family relation or not. There is a marked difference between providing one-off babysitting services for a few odd hours here and there and essentially providing unpaid labouring services in the form of childminding.

Whilst this Grandma’s perspective certainly divided the comment section of the Reddit thread she posted in, it stands to reason that grandparents deserve to be compensated for their time and effort when providing regular childminding.

The comment section of her post blew up with many deeming the rate she required was far too high, comparable to the fees of professional daycare centres. And others insisting that the rate was more than reasonable, given the cost of private babysitting. But Is It Fair On the Grandparents?

Reimbursement could be provided creatively such as hiring a cleaner or gardener to alleviate household chores, providing a meal delivery service, gift cards or paid mini holidays.

Join the conversation in our anonymous forum – Should Grandparents be expected to babysit Grandchildren for free?

Many Grandparents Are Scared to Say No

Another issue is that as we are an aging population – many of our parents are older.  And we know just hard kids, especially little kids, are to look after.  But many Grandparents especially in-laws are scared to speak up or say no to babysitting during the working week as they feel that the relationship between them and the grandchildren will be taken away or disadvantaged somehow by saying no. Even though babysitting is taxing on their mind and body.

If you are lucky enough to find a grandparent that is willing to look after your children in lieu of childcare, ensure you don’t take advantage of them.

She Can’t Afford That!

“Just say you don’t want to babysit. You’re asking for over half of the money she’s making pre-tax. Obviously, she can’t afford that.”

One On One Childcare is a Luxury

“A daycare centre offers a ratio of 1 caregiver to 5 children for that age group. One on one childcare is a luxury. Unfortunately, many parents don’t realize this and feel entitled to one-on-one care for the price of daycare or less.”

I Pay My Mother in Law to Watch My Son

“My mother in law does get paid to watch her grandbaby 3.5 days per work week. I don’t really understand it (retired, could live comfortably the rest of their lives) but I can’t really argue since it’s a lot cheaper and better than daycare. her time and care is worth money, and my in-laws definitely put in more than they get from us.” 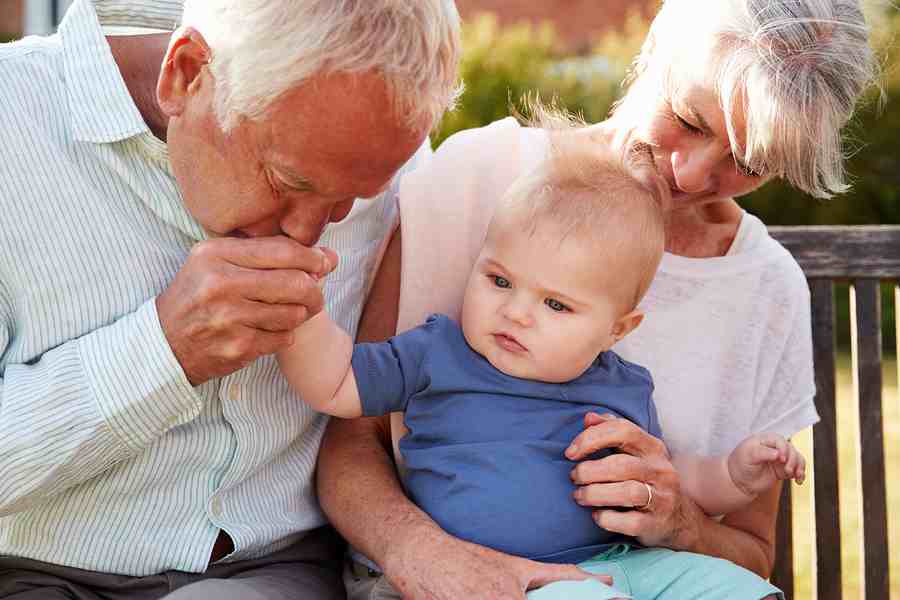 I Use My Mother for Cheap Babysitting

“Yes, I pay my mother to childmind twice a week for me while I work. She is retired and she does not owe me free childcare. It also locks in the days I need and brings a level of formality to the arrangement which is needed so I have stability throughout the working year. It’s not market rates so that is the benefit I get – cheaper childcare and my daughter gets one on one care from someone who loves her. For ad hoc babysitting no she does not charge me but I give her petrol money and if it is over a mealtime sometimes give her some cash to take herself, my dad and my daughter out for a meal if that’s what they want to do.”

Grandma Isn’t Entitled to Watch Your Child for Free

“Should you pay grandma? Yes, if asked. Kids are hard work. I am extremely lucky that both my mother, and my mother in law are willing to step in and watch my daughter so that my wife and I can work. We can’t really afford childcare, and they do so much for us. They deserve to be paid, and if they asked I would, and if I couldn’t afford it I would just have to look for alternatives. Right now I mostly pay them back in smaller ways. I cook for my mom once in a while, I call her regularly to stay in touch outside of childcare, stuff like that.

It sounds like you have a different problem though. Grandma isn’t entitled to watch your kid for free, but it sounds like you really need to apply for state help here. There are resources to help you, google for them in your state. You might be able to find a more agreeable childcare solution, or at least get some help financially.”

Parents and Grandparents Need to Have a Good Arrangement

“I think it can be great if both parents and grandparents come up with a good arrangement that includes healthy boundaries and agreeable ground rules. Failing that, things can get messy.

I know of one case where the grandparents work full-time and watch their grandkids almost every day so that the mother – their daughter – can work at her part-time job. I don’t think they get paid for it. When there was only one grandchild, they had been planning on picking up and moving somewhere where they really wanted to go. They posted a message on social media about how they couldn’t wait to move. Their daughter’s response was “But Mommy, who will watch the kid?” Shortly after this, she announced that she was pregnant again. The grandparents started to change their estimated moving date until after her due date. She had a difficult, very dangerous pregnancy. The grandparents are now babysitting both kids most days and they don’t talk about moving anymore.

Granted, they are allowing their daughter to lean on them and interfere with their plans, but it’s still unfortunate.”

Your Children are Your Responsibility And No One Else’s!

“If it’s consensual and works for them, fine, but otherwise I think it’s wrong. Your children are your responsibility and no one else’s. If others want to help or you made some prior agreement, as they owe you a favour, OK. You are not owed babysitting, however, just because you are family. I don’t buy into that whole “blood is thicker than water” claptrap — I believe that family is what you make of it. Family can consist of biological relatives but it can also be a couple, a single person with pets, etc.

My cousin is (was?) like this. Unless things have changed in the last two years, she has relied heavily upon her mother to take care of her kids. It showed when she stayed with me and my parents while I was living at home.

It seemed to be harder for her to cope without her mother there to help. I once got asked to watch her toddler for “just 5 minutes” while she cleaned out a borrowed car and she ended up taking at least 30 full minutes.

My paternal grandma is the kind of person who would most likely babysit as often as possible. Her whole life has been about babies and kids, since she had 7 of them. Most of what she knows is about cooking, cleaning, religion and children.

My aunt once remarked that Grandma would spend all day with her grandkids if she could.”

The internet stands divided on the topic, should grandparents be paid for childminding? Join in the conversation at Ask Stay at Home Mum.. Should Grandparents be expected to babysit Grandchildren for free?

Scroll down below for more interesting reads…

The Comprehensive Guide To Names For Grandparents

Find Out if Your Childcare Service Meets Government Standards 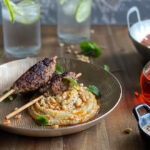