Think twice: They may look darn cute but is it even Ok to share photos of kids?

Social media saturates our world. While it’s all around us, there remain many ‘grey areas’ in our interactions with these social networks, particularly when it comes to photographs and privacy.

The world we live in today is so vastly different from the world that past generations have occupied, that it should surprise nobody there are a new set of rules that need to be learned.

Rules about social media, and what people should and shouldn’t be doing online, are a regular topic of conversation, with a clear grey area between right and wrong.

When it comes to privacy, many people are only now becoming aware of the long-term impact that failing to guard their own privacy has. Indeed, some still don’t fully understand why it should always be considered prior to posting anything online.

When things are posted on the internet, there’s no telling where they might end up. Even posts and images that are deleted could have been screenshotted and kept by individuals, and the truth is that once something is out there, you can’t take it back.

We educate our kids on this in terms of what they say and post online, but have you ever wondered if you’re doing it right? We’re talking in particular about posting photographs of kids online, particularly photos of kids who aren’t yours.

Sure, everybody posts cute photos of their babies and children. But just because everyone is doing it, doesn’t mean it’s the right thing to do

If you’ve taken a photograph of someone else’s child, you don’t really have the right to be posting it online. Your idea of online privacy and theirs is likely to be totally different, and assuming that you can just delete it later is naive and not taking into account the online world.

Timothy Pilgrim is the Australian Privacy Commissioner. He spoke to the Daily Telegraph about the trend of sharing images of children online, noting that:

“Once a photograph goes on the internet, it’s hard for it to be erased from the online environment.”

Mr Pilgrim said it was important to think very carefully about any image you post, even of your own children, as it might contain more than you think.

“A photograph also contains information. It shows the child, it may identify a child and may contain inadvertent information, for example; it could reveal a medical condition, or a location, or the fact that the child regularly attends a sporting event. This could lead to a security issue for the child. Also, depending on the photo it may cause some form of harassment for the child. The child may not want it there in the future, yet once online the information will be there for a very long time.”

Rachel Chappell, the founder and publisher of North Shore Mums, said that parents were concerned, and should be concerned, that images that were shared innocently might get into the wrong hands.

“While, it’s quite common to [share] on your personal Facebook page, it would be completely inappropriate to post photos of other people’s children within a wider audience,” she said. When it comes to sharing photographs of other children, Mrs Chappell said the key is asking permission before posting in every instance. Different people have different concerns about privacy, and while some aren’t bothered, others take serious steps to ensure that images of their children aren’t available in any kind of public online setting.

The best way to navigate this issue, according to Mrs Chappell is to ask, particularly if you don’t know the parent that well, and make sure they’ve confirmed they’re ok with it before the photographs are posted.

“It really comes down to having respect for others’ privacy. Consider it from your own perspective, would you be comfortable having pictures of your family and children shared online? Adults should be sensitive to others concerns, and always get a parent’s consent before sharing. Individuals also need to look at the privacy setting of their accounts, is it at its most secure? In this way you protect your own privacy and that of your friends.”

Have you ever ruffled feathers posting a photograph of someone else’s child online? How do you deal with it? 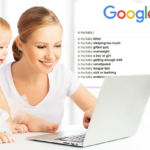 My husband is a womanizer I can spend a month with out having sex with him and I really need him what can I do.
Asked 12 hours ago
Have I done the wrong thing?
Asked 14 hours ago
Quick healthy filling meals
Answered 16 hours ago
Is it rude & disrespectful to partners to follow women in bikinis etc on social media?
Answered 21 hours ago