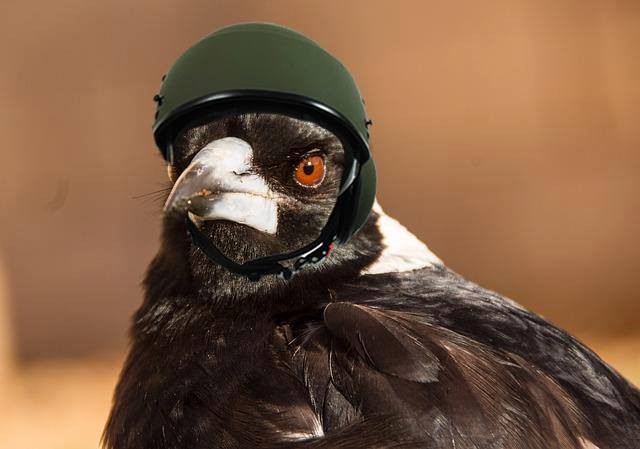 The latest research on magpie behaviour has put the term “bird brain” to bed.

A study by Griffith University ecologist Dr Darryl Jones Well has revealed magpies use facial recognition to target certain people. This is something we need to take note of now that Spring is here.

Even though only about ten per cent of magpies attack people, he found the black and white protectors target three types of people.

“There are magpies who specialise on pedestrians, which is most of them, the postie birds and the cyclist birds,” Dr Jones said.

“Of the magpies who attack pedestrians, people walking around,…of those most of them attack the same people every day.”

In an experiment designed by Dr Jones, the research team witnessed hundreds of people pass by a magpie during nesting season and not get attacked. But then there were a handful of people who would get repeatedly hounded, he conferred.

“We interviewed those people and they said ‘yes it’s like they know who I am’, and they really do,” Dr Jones said.

The Magpie Vendetta – Is It Personal?

It’s still not clear as to why magpies have a vendetta against certain people.

“What we don’t know is why did they start picking on poor old Mrs. Smith walking down the street to get her groceries each morning,” he said. “I’m pretty sure she didn’t climb the tree and eat a baby magpie last weekend … but something happened.”

One theory is that “Mrs Smith” may have acted in a certain way near the magpie, such as looking in the direction of the nest as magpies appeared, he said.

Magpies on the warpath can cause a lot of damage.

The Magpie Alert website, that tracks “aggressive magpies” across Australia, has recorded 787 attacks nationwide so far this year. And Spring has only just started.

“No warning, didn’t see or hear a thing – hit hard behind the left ear. Bled heaps, wanted to cry,” the victim wrote.

How do we save ourselves?

So if it’s all based on facial recognition combined with a minor unpredictable behaviour deployed by the person attached to that face, is there any way to get in their good books?

Dr Jones suggests maintaining eye contact with the bird while quickly walking away if you are being hassled.

The other plan of counter attack, according to the ecologist, is to make yourself look “completely ridiculous.” This is more than a putting a few cable ties on the bike helmet, but rather a “huge forest” of them, the expert said.

“You’ve got to look completely ridiculous for it to work, it’s got to be like an echidna.

“But the other thing that works really well is ugly rubber masks of witches and goblins and all sorts of things you can get from funny shops; they don’t go anywhere near them.”

Dr Jones said the unflattering masks need to be worn backwards to be effective, alongside the other following things you can do to protect yourself.

“No warning, didn’t see or hear a thing…”

Tips to protect yourself:

While these smart birds can cause a lot of damage, luckily the attacks only last a few weeks when there are chicks in the nest in the springtime. Then it’s bye bye birdy! 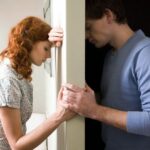 Is Relationship Counselling For You… 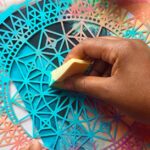 150 Unique Hobbies That Can…