They may be adorable but heck, sometimes kids say things that let us get lost in translation…

Whether they ask random questions about everything or just giving commentaries, our children often take us by surprise or confusion. Here are proofs that parents share their kids saying the darndest things!

1. Regina is the capital of Saskatchewan, Canada

Last night we were at my 5 year old’s school open house, and he was showing me all the things he learned. He showed me his map of Canada and then his teacher asked him what the two columns beside the map were. He said “these are the provinces and capitals. This is Saskatchewan. The capital of Saskatchewan is Regina. Mommy, you have a Regina.”

I thought his teacher was going to die.– Aoirobuki

When my oldest was 3, I was getting him ready for bed when he said, out of the blue, “Mom, what’s in my butt?”

Him: “No, there’s something else”

Me: “There’s something else in your butt?”

Me: “Did you put something in your butt?”

When my daughter was two she told me she had something in her pants, so I asked, “Did you pee in your pants?” She said yes. I felt her pants to see if they were wet and felt something hard like pebbles in there. I asked her if it was poop and she said it was. I’m standing behind her and started pulling down her pants & underwear slowly and carefully to prevent a mess. I see something red and I freak out that it’s blood. I look closer and it’s a diecast Lightning McQueen staring back at me. So I ask her, “Did you put Lightning McQueen in your underwear?” And she bursts out laughing saying, “Yes! I put Lightning McQueen in my pants!” We have never laughed so hard. – cherryrc

More proof that kids say the darndest thing next page! 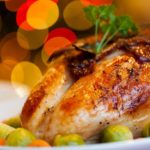 New partner is circumcised
Answered 11 hours ago
Visiting Intimate Partner during covid restrictions
Answered 14 hours ago
My sister's new bf is circumcised (the last one wasn't) and she says it is amazing. Are they that different?
Answered 19 hours ago
My boyfriend says he wants me to boss him around...I don't know how get started. Do I just tell him what to do?
Answered 2 days ago