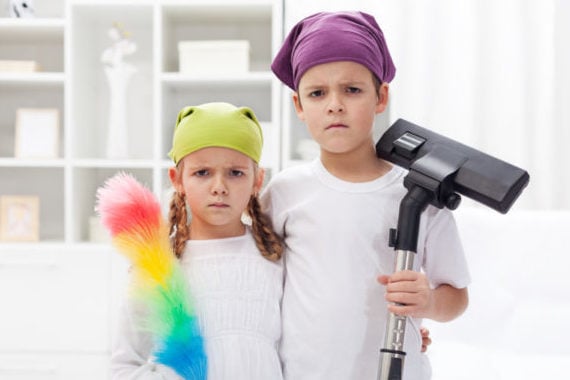 There’s always been a bit of a battle on the parenting ground about the paying kids when they do chores.

Some parents believe firmly that children should be paid for their work, and that the benefits are clear, while others think it’s crazy to pay kids for chores they should be doing anyway.

So who’s in the right here?

Well like many parenting debates, it really comes down to your own opinion on the matter. But to help you making that decision, here are some pros and cons you might not have considered.

When You Don’t Pay Them

1. You Aren’t Constantly Paying Out

One of the biggest benefits of not paying your children an allowance for helping out with chores is that you aren’t always paying out money to kids who, frankly, have no idea how to manage it anyway. This is particularly true for families on a budget who don’t think that kids should be in charge of their own finances just yet.

2. You Don’t Have To Worry About Managing Them

If you’ve got a lot on your plate one of the great things about not paying your kids to do chores is that you don’t have to worry about helping them manage their money. When kids have an allowance that means they need to have some kind of storage system and some sort of monitoring to ensure they aren’t spending every dime on sugary food and junk. Talk about effort!

Unfortunately one of the downsides of not paying your kids to do chores is you don’t have a lot to motivate them. Sure, you can use other rewards, but they’re ultimately all monetary in some sense. Fear can be a great motivator, if you can keep it up, but most parents love their little tykes too much to follow through on empty threats.

Now, one of the biggest downsides of not giving your kids an allowance for chores, or any other money of their own beyond perhaps the occasional birthday and Christmas present, is that they don’t learn key financial skills. Kids who have no access to money tend not to learn the value of a dollar, which means a lot of mistakes when they’re older and trying to become financial independent.

On the other hand, paying children to do chores also comes with its own set of advantages and disadvantages. Read about them on the next page.

When You Do Pay Them

1. They Learn The Value Of Money

Ok the biggest pro of paying your kids for chores is that they’re learning not only the value of the dollar, but how to manage their money (on a simple level). Kids with money of their own can learn about saving, investing, spending responsibly, and how much things actually cost. Their own experience with ‘work’ will give them a chance to see just what goes into that expensive gadget they’re harassing you for!

2. They Can Buy Their Own Things

There’s not much more annoying than a child who wants something they think they ‘deserve’. The good news is that when kids are making money from chores they’re able to save for these kinds of things themselves, thereby teaching them just how long it takes to earn something. Along with that kids who save themselves to buy something tend to treat it better as it has more of a perceived value to them.

1. They Expect To Be Paid For Everything

Unfortunately once kids savvy onto the fact that they’re getting paid for chores, you can expect to hear a lot of “How much will you pay me” when you ask them to do other things. This can be annoying because saying you aren’t going to pay does undermine your ‘work for pay’ lesson, but when it comes to cleaning rooms and so on you might not be able to afford pay up every time.

2. You Have To Keep Track

One more downside of kids making money from their chores is that it’s up to you and your partner to take proactive steps to keep them on track towards a life of financial responsibility. This means that you’ll need to monitor the money they’re making, and teach them about financial concepts like saving, investing, paying bills and rent, and spending. Left unchecked, kids with money might learn no more lessons that kids without, so it’s certainly more work for you.

Okay so if you aren’t really sure that kids should be paid for chores, but you do think that kids need to develop some basic financial skills when their young, there might be a middle ground. Some parents have chosen to make some chores around the home non-negotiable and unpaid, while any extra chores that the child does of their own volition are paid at an agreed rate.

In some ways this method is smarter because it helps kids understand responsibility around the home and that when they’re adults they aren’t paid to maintain their own spaces. At the same time it also rewards extra effort in a ‘real world’ way. Kids who are motivated to do more around the home might also identify kid-friendly entrepreneurial activities outside of home, which jets them straight into their first job and the start of a great career.

How do you deal with chores and money in your home? 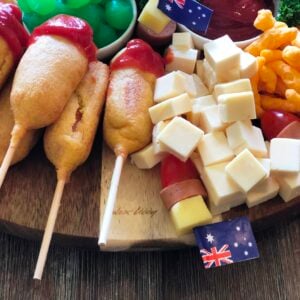