A mother was left traumatised after her birth control implant disappeared inside her arm, prompting doctors to ‘dig around’ in her flesh and finally locate it under her armpit.

Kelly King, 23, from Greenville, Michigan in the US, had the implant placed in her arm in September 2015, but in just one year, she said she already experienced severe side effects, so she decided to have the implant removed.

The first attempt was in September 2016 but it was so traumatic that it put her off seeking medical advice again.

Ms King claims that doctors opened up her arm as they struggled to find the device.

The operation went on for two hours, but doctors were unsuccessful in locating the device so Ms King was sent home to avoid ‘torturing’ her anymore. She was left with five injury scars that required stitches. Ms King said that the implant was still inside her until February this year when an ultrasound revealed that the device has moved up under her armpit, and then it was finally removed.

“It was quite traumatic. I was in shock at first. I was worried when they said they couldn’t find it. I got more irritated the longer I was sitting there.

“They started pulling on my tendons and pulled a pea-sized ball of fat out of my arm, thinking they would be able to see it better but that didn’t work.

“I was going pale because I was awake this whole time. I was watching them open my arm. They said, they weren’t going to torture me anymore and told me to make a follow-up appointment,” Ms King said.

She claims that the implant went down near her armpit and remained hidden in the tissues within a year after the implant was inserted. Now, Ms King has warned other women not to use this type of birth control. She said she suffered from severe mood swings. She said that it made her feel ‘crazy’, becoming ‘instantly irritated with just being awake’ and so angry that she scared herself.

Some of the symptoms that women can experience with the birth control implant include nausea, headaches, mood swings, loss of sex drive and acne.

“I’m trying to raise awareness. I want others to know they aren’t the only people who are feeling like this and that they aren’t going crazy. I think if you have a past of PTSD, depression or anxiety you should not have the implant. Someone could become suicidal because of this.

“I’m not telling people that they can’t get it. It does work out for some people. I just feel like people need to be made more aware of the extreme side effects.

“The majority of girls who have messaged me have said the same thing happened to them and it also got lost in their arm.

“I definitely wouldn’t recommend it to anyone. I’m not trying to scare them.. It can possibly migrate and move. It happens a lot,” she said. 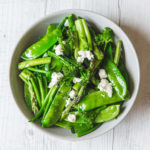 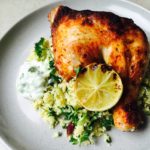