Long lasting nail polishes? Does anyone have any recommendations?

A few years ago, and indeed for a large part of the late-80s to early 90s, weird baby names were all the rage. Now trend-setters say it’s bye-bye Satchel, Apple and Jermajesty, because classy is in!. In fact, we’ve gone just a few steps above classy this time. More and more modern parents are opting for names that have a – how can we say this nicely – decidedly upper-crust feel to them.

If that’s you, we’ve got a great list for you to look over: 100+ Posh AF Baby Names for Girls!

This name’s origin is from Greek and Russia and mostly used as a name for boys. But, it is now popularly used as a unisex name. It means noble and light.  We just love the character Alexis Rose from Schitt’s Creek.  Ewwwww David! 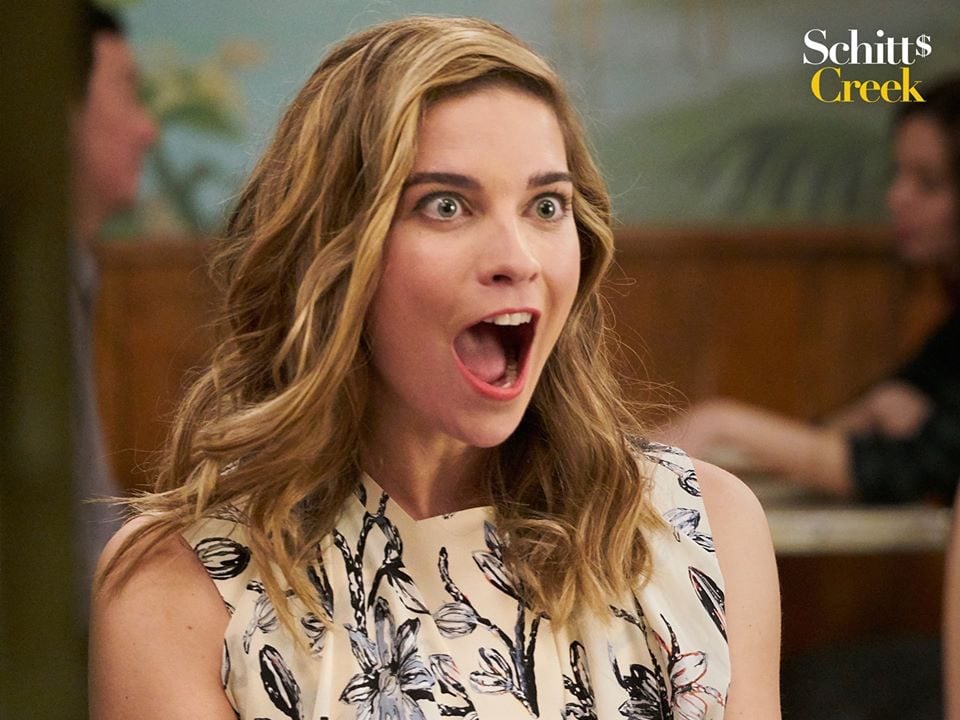 Meaning ‘cheerful, lively’ in Italian, Allegra is perfect for a bouncing baby girl.

The name Amalia has several meanings: hard-working, striving, labour, industrious. It roots from the German word amal which means work or activity. 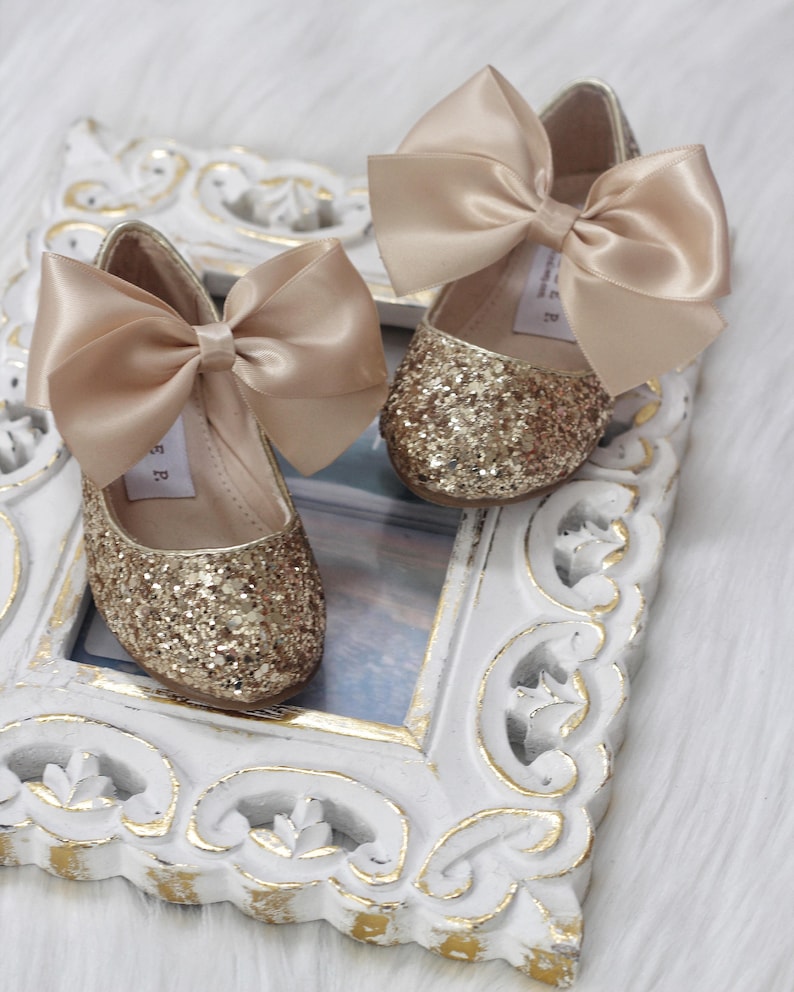 This name’s probably the poshest out of all the names in this list. So elegant and a great name for your little princess!

A version of Annabel/Amabel that rose out of Scotland to the height of posh baby name class.

It means full of grace.

The name means favoured one.

This very charming name means different things for different countries. It means beautiful, eagle, and yielding to prayer. It also has its roots in Royalty.

The name Aubrey is a popular baby name that means “Ruler of the elves”.

A beautiful Old English name derived from the name Aethelthryth which means noble and strength.

Female form of Aurelius, this Latin name means ‘golden’ and is ideal for the dainty sun in your life.

Thought to mean ‘voyager’ or ‘traveller’ this name is sure to serve as a classy reminder when your daughter travels the world. 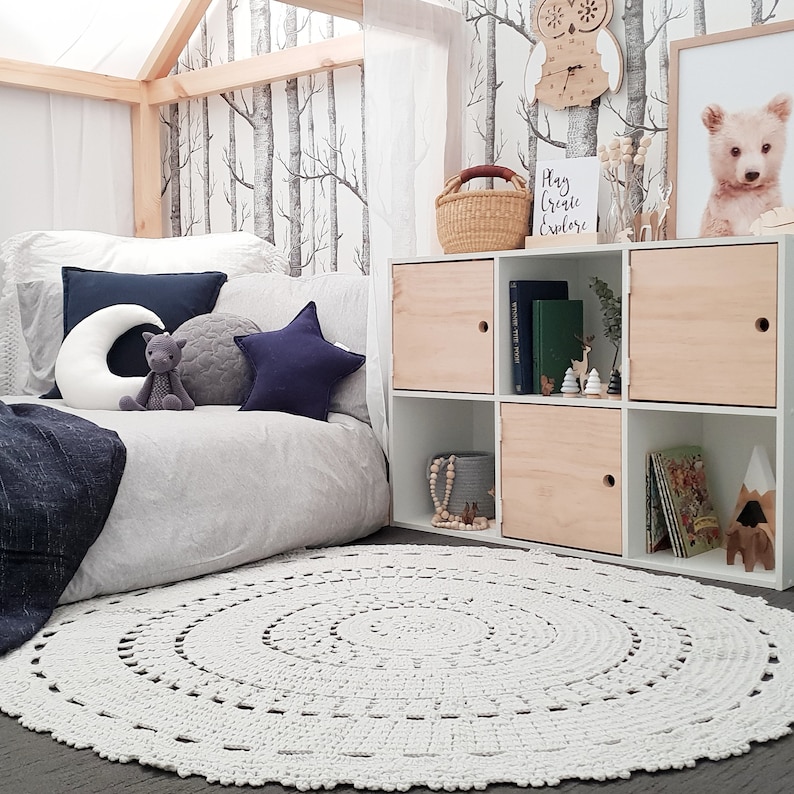 Crochet baby rug from Hope and Jade.  Available via Etsy

This gorgeous duo both mean ‘the white one’.

The moniker of a certain famous lady, Camilla is a rarely used, but classic, a name with royal history.

This pretty name means temple servant in Latin. It was a popular name ever since ancient Rome.

Katarina and Caterina are used in many countries and it means ‘Pure’.

Made popular by Atonement, this name is falling out of popularity but remains classy nonetheless.

A sweet name meaning heavenly from a french background.

Clarissa is an English and Portuguese name. It is also popular in Italy. The name comes from the Latin word ‘Clarus’ which means ‘Bright, clear or famous’.

This name is a feminine version of the name Claud.

It is a name that means ‘constant’.

The original meaning of this name isn’t known, but she was the loyal daughter of King Lear, which is a timeless classic.

A lovely and popular Latin name meaning ‘Petite”, Charlotte is a popular shortened name to Charlie.

It means maiden. Given a new lease on life after the series of ‘Downton Abbey’.

With a varied history, Delilah, which means ‘delicate’ in Hebrew, is definitely a name for the ages. My My My…

This pretty name means dolphin in Greek. Maybe she’ll grow up to be someone bubble and free-spirited? Also, Delphine La Laurie was a rich and posh serial killer.. so there is that!

An Old French name with lots of opportunities to add at the end (Eleanora, etc) and make it even more gorgeous.

A popular Greek name derived from Eliza, Elizabeth means ‘God is satisfaction’. Plus it is Royal AF!

This French name has the history and reputation as an elegant but underused name, which derives from Amelina

An Old French name meaning ‘To Esteem’. Esme is a unique and soft name for a girl.  Inspired in the last few years after the character ‘Esme Cullen’ in the Twilight series.

A gorgeous name, which means ‘good news’ in Greek, your little one will be the story you’ve been waiting to tell

This name is derived from the Latin adjective Felix meaning happy.

Like a certain machine, this name means ‘thriving’, and is perfect for a growing girl.

It means Queen of the Gods.

The English version of the French name, this strong, but classy, moniker was held by the patron saint of Paris.

A popular unisex name which can be spelt differently, elegant and sophisticated.

It is derived from the Latin word ‘gratia’ which means God’s favour. 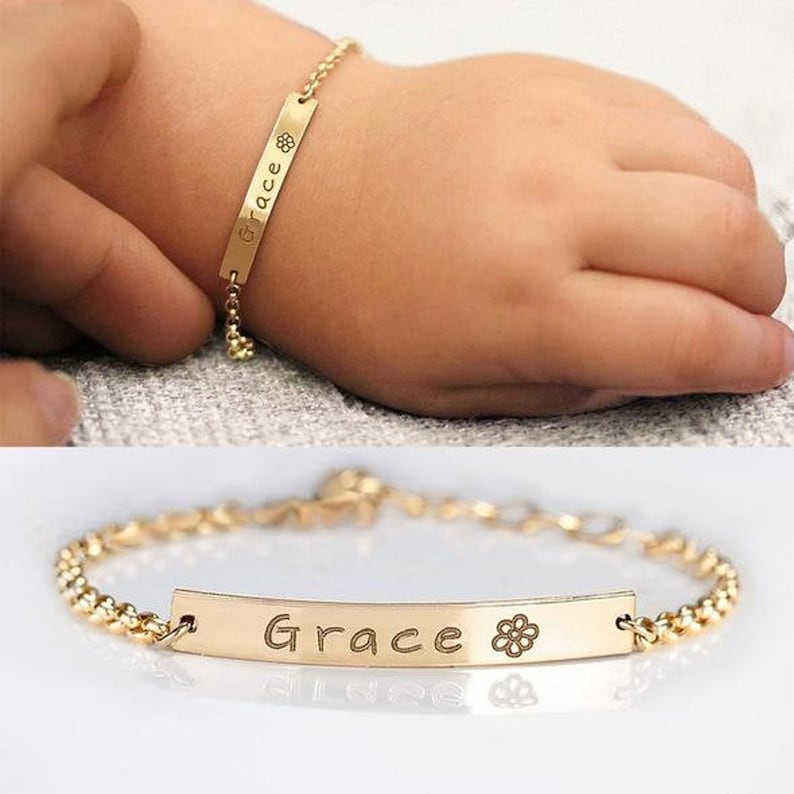 We love this personalised baby bracelet from Etsy.

Greer is the feminine version of the name Gregory. It means alert or watchful guardian.

Gwyneth is a Welsh baby name which means white, fair, blessed and happy. Such a beautiful name idea!

Means ‘white ring’ in Welsh, this is a name equally home in swanky halls and rolling fields.

A Middle English name meaning Harp, Harper is a lovely and sweet name for a girl.

This is a feminine version of the name Harry and it means ruler of the home.

The name Hazel is a Teutonic baby name which means commander.

This gal’s going to ruin cities with her beauty! Remember Helen of Troy? Yep, that lady was why the Trojan War happened so name your baby Helen/Helena at your own risk. Joking aside, this name means light or bright.

Another name with a delightfully unisex nickname (Henri), this name is fashionable but rare.

A consistently popular name, Isabella has been held by high-class royals for centuries.

A lovely and unique Scottish name after two islands off of the Scottish coast.

The meaning of this name is unclear, however, the name is said to have come from the words ice and iron combined. In the Arthurian legend, Isolde was an Irish princess set to be married to King Mark of Cornwall. After accidentally drinking a love potion, she became the lover of his knight Tristan, which led to a tragic love story. The story was popular during the Middle Ages and the name became relatively common in England at that time.

The name also became a bit known because of Richard Wagner’s opera ‘Tristan and Isolde’.

A simple and sweet English name meaning ‘Jehovah has been gracious’.

The name Jemima means turtledove. In the bible, Jemima, also spelled as Jemimah is the eldest daughter of Job. Jemima and her sisters were described as the most beautiful women in the land.

Josephine is a Hebrew baby name which means May Jehovah add/give increase.

This variant of the name was indeed made popular by Shakespeare, but this classic name has seen many happy endings

This is a twist on the popular Katherine, which gives enough foreign elegance to last a lifetime.

Lavinia sounds like a classy royalty name. In classical mythology, Lavinia is the wife of Aeneas. She was considered the mother of the Romans.

The name Lucinda is a Latin name which means illumination or light.

Popular in children’s literature, parents could also choose Madelina for an even more elegant twist.

A name that oozes class, Margot means ‘pearl’ and is fitting for the centre of your world.

A beautiful and unique sounding English name referring to the deep colour of purple.

The name Mirabelle stems from the Latin word mirabilis which means wondrous or wondrous beauty. In the middle ages, Mirabel is a unisex name but is now popularly used as a female baby name.

A Latin name meaning ‘Worthy of admiration’ and ‘wonderful’.

A Scottish name that in Gaelic means ‘the mouth of the Roe’.

A stylish version of the overused Natalie, Natalia offers a swanky new feel.

There aren’t enough ‘O’ names out there, but this is one that is both old-timey and elegant. Very Roman in origin.

It might have a sad history, but Ophelia – meaning ‘help’ – is a stunning name with a posh reputation.

The princess from Swan Lake, Odette is a French name with a delicate sound for your own little princess.

A Latin name referring to the leaf of the olive tree.

This name is derived from the gemstone Opal and is a name usually picked for babies born in October.

An English baby girls name referring to the lovely primrose flower. Made famous again from the Hunger Games Trilogy.

A name that has been steadily growing in popularity, Penelope is a fancy name with Greek roots.

The name Portia is a classy name that sounds like a designer brand. It was made known because of the heroine in Shakespeare’s The Merchant of Venice.

With French roots, this unusual name is sure to set your little one aside as graceful and unique.

Rosamund is a name which means horse and protection or protector.

A beautiful baby girls name meaning ‘Dew of the sea’.

A German girls name meaning ‘kind’, ‘soft’ or ‘fame’.  Came back into vogue with the Twilight movies and the character Rosalie Hale.

Thought to mean ‘beautiful rose’, this exquisite name has all your little lady will need for class.

It means Sabine in Latin. Sabines were ancient people who lived in Italy.

It means peace in Arabic and sweetheart in Persia.

Not common among English speakers, Seraphina and other variants means ‘fiery ones’ after an order of angels.

An old spelling of a common name, this goes back as far as Rome, and is as classy as it is timeless.

Few names have the genteel reputation of Sophia, which means ‘wisdom’ in Greek. 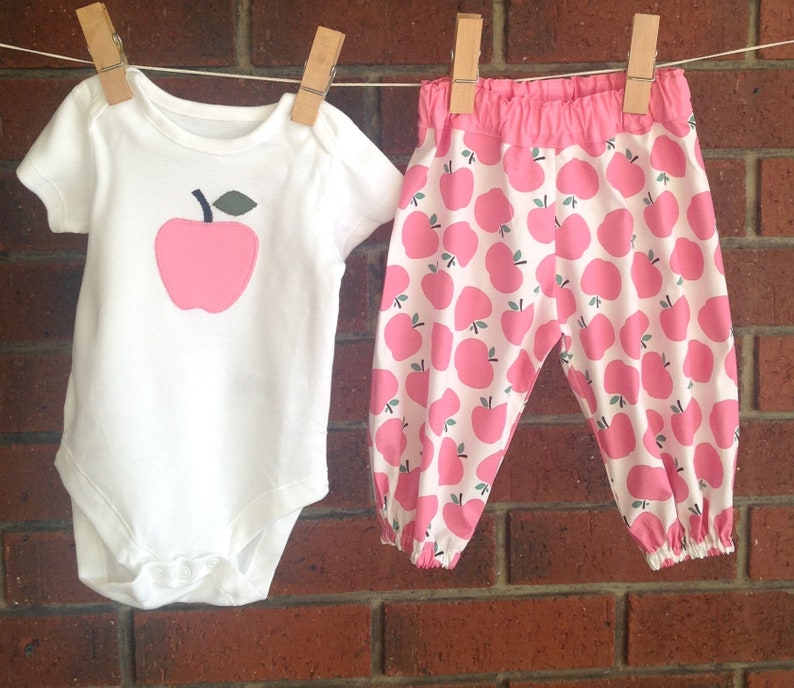 Although popular in the 1960s thanks to Bewitched, this enchanting name is rare today.

In Greek mythology, Thea is the goddess of light and the mother of the sun and moon.

I female version of the name Theodore. It means god and gift.

An Italian name with class to boot, this derives from a male derivative that means ‘strong and healthy’

A Latin name meaning ‘Victory’, a posh and lovely name popular for girls.

Literally meaning truth, this name hasn’t ever been popular in Australia, but it is as refined as they come.

Another quite posh name for a baby girls name meaning ‘honest image’.

This elegant title has been held by famous faces throughout the ages, and it’s never been popular in Australia, allowing you to change the name-game here.

It means peaceful reconciled and blessed.

The name Zara means seed in Hebrew and is a variant of the name Sarah.

So, after reading this, is everyone feeling a little upper-crust themselves?

Let’s all go to a high tea, get ready for some polo, get out our crochet, and praise our children present and future!

What fancy name do you want for your baby?