Celebrity parents, Ashton Kutcher and Mila Kunis have been in the spotlight this week after admitting that their kids aren’t bathed every day.

On an episode of the Armchair Expert podcast with Dax Shepard, Kunis and Kutcher talked about general hygiene habits, which led to a discussion about bathing their kids – daughter Wyatt, 6, and son Dimitri,4.

“I wasn’t the parent that bathed my newborns. Ever,” Kunis said.

“Here’s the thing: If you can see the dirt on them, clean them,” Kutcher added. “Otherwise, there’s no point.”

Blogger, Constance Hall copped flack in the past for admitting she doesn’t bathe her kids very often.

Constance shocked the internet when she revealed she doesn’t bathe the kids every day, explaining skipping a bath “won’t kill them”.

“They don’t have to bath or shower every day. They can quite often skip that part of the routine if it’s getting everyone down. I’m like, ‘Fine, stinky, go to school and gross everyone out’,” she added.

UK blogger and mum of 4, Natalie Brown from ‘Confessions of a crummy mummy’, also recently shared with The Sun that she often bathes her four-year-old just once a week.

“When it comes to bath time, I bathe Marigold, 4, as infrequently as possible,” she says. “I would rather spend time with her doing nice things, while bath time is a nightmare.”

“It is sometimes just once a week, which is adequate. She is a pre-schooler. She has not been working in a sewage works, for goodness sake.”

“I have learnt the hard way that you must pick your battles. Bath time is not a battle I am prepared to fight.”

Natalie adds, ‘As a parent, you have so many plates to spin. Four kids is a lot of crockery. At some point, something has to give or fall off completely and smash on the floor. For me and other mums like me, that thing to give is the ironing, bathing and swapping baby food blended from scratch for shop-bought pouches.”

How often should kids bathe?

According to The American Academy of Dermatology we should be bathing babies three times a week, under one year, and children age 6-11 at least once or twice a week. Stinky teens should wash daily!

Most maternity hospitals in Australia recommend delaying a baby’s first bath for at least a few days. Leaving the protective vernix on your baby’s skin to work its natural magic.

Vernix is the waxy or cheese-like white substance found coating the skin of newborn human babies.

It acts like a waterproof barrier on your baby’s skin, protecting it from the drying effects of months of submersion in amniotic fluid. In addition, scientists now believe that it may also have antibacterial and cleansing properties.

“Bathing your children every day seems to disrupt their skins delicate bacterial balance and many parents find that by stopping daily baths the incidence of rashes, dry and irritated skin decreases and in many cases disappears”, shares Families Magazine.

It is also recommended not to use harsh soap on sensitive skin and to just use good old warm water. 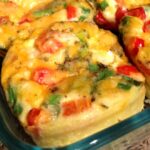 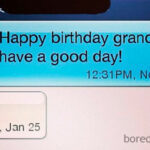