Last Thursday, I spent a majority of my day giving birth to my fourth child. Not your typical way to spend a weekday, but given that I had spent a significant part of the year pregnant with my fourth little ‘blessing’, I was well and truly at the stage where enough was enough, and the 18 hour labour process began!

I knew what I was in for, (after all, I’d done it 3 times before!) so I entered the birth suite with intense trepidation and anticipation of what was in store. The concept of pain was not far from my mind, until my brother so kindly tagged in me in a Facebook post, sending his love and reassurance down the social media grapevine. It read:
Don’t worry, I heard its really easy….I once stubbed my toe, I guess it’s kinda like that.. (winky smiley face!)

Yeah Rob, it’s exactly like that. Just like my breast and backside size only increased slightly during the past 9 months, or in the same way a tornado could be described as a slight air current!

Now, let’s not kid ourselves, labour is freaking painful.  For most women, it is completely worth it. All the drama and discomfort of pregnancy culminates in this event that can go on for days or be over in minutes, and you are left with the most beautiful reward for all your effort. And, more often than not, we go back for more!?! Common sense tells me that if something has the potential to hurt me, avoid it. But when you’re strapped onto monitors on a delivery suite bed, the innate human response of fight or flight is hardly applicable; where on earth are you going to go? So why put yourself through it, if you have firsthand experience that it’s definitely no picnic in the park?

What is it about the actual birth process that is so euphoric yet so excruciating that we are willing to endure it again (and again and again in my case!)? Is it a subconscious need to fulfill our genetic ‘duty’ to procreate? Is it because the end result is usually just so damn cute? Or just the age-old adage of short term pain for long term gain?

By no means do I profess to know everything about labour and birth, but I’d like to think I could contribute a few things to a discussion on the topic. I know the stomach lurching fear of walking into the birth suite, knowing that what is to come is not going to be pleasant. I know the sweet serenity of an epidural, and the ridiculous inadequacy of the gas, with it’s plastic mouthpiece eventually chewed to pieces from the sheer force of one’s teeth bearing the brunt of a uterine contraction. I know the mind blowing intensity of the pushing, still so raw in my mind, and I am still high on the adrenaline of seeing my little girl for the very first time. But the main thing I know about labour, is that it hurts, ALOT!

Everyone has a different birth story, everyone has a different pain threshold and a different tolerance level to hospitals, internal examinations, contractions, painkillers and annoying partners who attempt to alleviate the hostility by irritatingly patting your back or stroking your hair. I can liken my recent experience to that of pushing a large tree trunk through my birth canal, relieved only by that sensation of ‘crapping spaghetti’, accompanied by a huge amount of pain, emotional turmoil, loss of control and subsequent feeling that my lady bits have been smashed with a piece of 2×4. But when I sit with my little girl at 2am, practically needing toothpicks to prop my eyelids open, I realise I would do it all again, and even endure much more, if it meant I was rewarded with something as truly awesome as her! 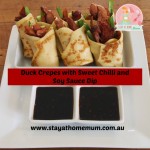 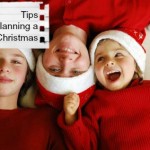 Tips for Planning a Merry…